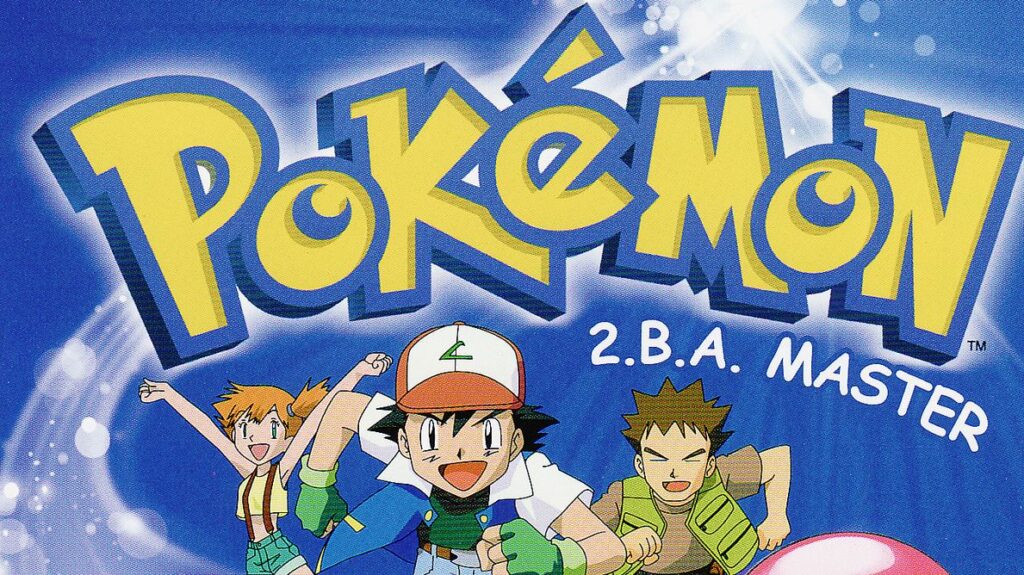 No doubt at every anime convention you’ll ever attend, you’re sure to hear the Pokémon theme song bellowed through the halls at least once. Hell, during the initial Pokémon Go boom you’d be as likely to hear badly crooned it at your local bar. Despite being a western creation, and a 4KIDS one at that, the ‘Pokémon Theme‘, as it’s officially titled, gets a fandom-wide past for being an omnipresent representation of our shared childhood.

While certainly the most iconic piece of session musician produced Pokémon audio, it’s hardly the only Pocket Monster song out there. We replayed the Pokémon Christmas Bash over the holidays, and now that the franchise soon approaches its 25th anniversary, we’re reminded of the Perfect Pokémon Pop Album: Pokémon 2.B.A. Master.

Snapped together in just three weeks’ time plus change under the direction of producer John Loeffler (whose credits include a wide range from Akon to The Allman Brothers) Pokémon 2.B.A. Master made a convincing argument that entire corporate music could in fact be pretty sick.

Despite the show’s voice actors only showing up for three of its 13 tracks (and two are nothing more than soundbites), Loeffler wrote and recorded a bunch of tunes that successfully captured the feel of the Pokémon anime during its peak. It went on to sell over three million copies worldwide, and you imagine you could easily find a CD copy at your local goodwill.

Truly 2.B.A. Master runs the Pokémon gamut of the Pokémon spectrum of Pokémon feelings. The titular track captures the appeal of being that master trainer with a certain appealing braggadocious swagger. ‘Viridian City’ infectiously stupid ‘on the road to Viridian City’ hook will swoop you from your chair and drop you into your own adventure. ‘Misty’s Song’ makes you wonder why you’re suddenly crying and ask you why you’re so invested in the romance of children. Try not to fall back on the thousands of hours you’ve spent with your pocket monster comrades whether in anime and game form while blasting the enjoyable cheesy ‘Together Forever‘. Just don’t think about how many Pokés you’ve left in boxes over the last 25 years…

Perhaps not having Ash, Misty, and Brock show up in a bigger capacity was a missed opportunity, though Pokémon Christmas Bash more than picks up the slack, even adding credence to the rumors that Ash’s Mom and Professor Oak have a thing.

Those 3 mil album sales proved that kids at the turn of the millennium didn’t care whether it was Ash and Pikachu duetting or extremely competent studio musicians, as long as they could sing about Pokémon. Boy, do they ever sing about Pokémon.

Arguably, 2.B.A. Master has a higher hit-to-stinker count than a lot of big-name pop-artists’ albums at the time, which were more often than not little more than single-selling vehicles. Besides, don’t you want to listen to a track simply called ‘Pokémon – Dance Mix’?

Miraculously, you can listen to Pokémon 2.B.A. Master on Spotify and other streaming services.