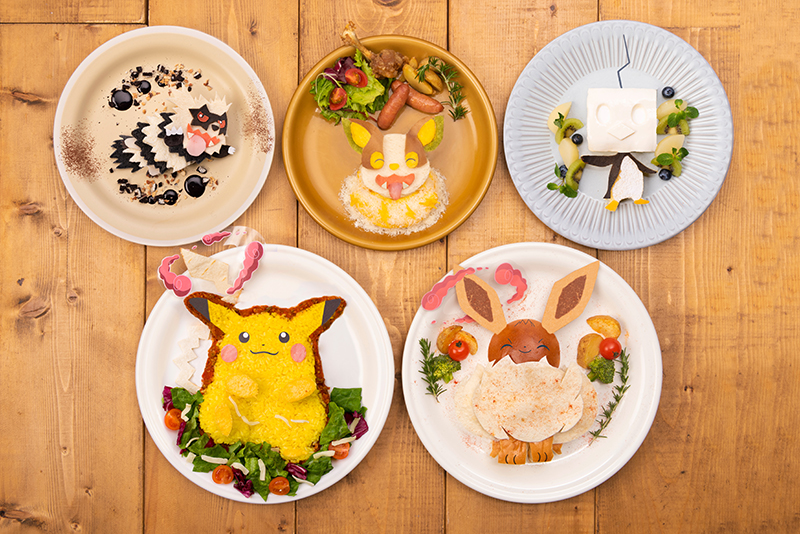 The Pokémon Café in Nihonbashi and Osaka have announced that starting on March 20th and going until May 29th, patrons to the stores will be in for a treat as there will be new Pokémon Sword and Shield themed dishes added to the menu. In Pokémon Sword and Shield fashion, this includes some Dynamax options as well as Galar region Pokémon-themed dishes as well. The new dishes they have announced are:

Aside from the 5 unique dishes that will be present at each location, café goers will be treated to a limited-edition drink coaster. There will be a total of 6 designs for the coasters and will feature Grookey, Scorbunny, Sobble, Dynamax Pikachu, and Dynamax Eevee. The sixth design is a secret design that has not been announced as to what it is going to be. One of the 6 designs will be awarded at random to customers ordering drinks from the café. Super cool if you ask me. Fans going to the Pokémon Café locations will also be treated to special placemats for their meals, too.

All of the above-mentioned goodies will be available at both of the Pokémon Café locations. Personally, I would like to try the Dynamax Pikachu Taco Rice Plate as taco rice is one of my favorite “Mexican inspired” foods that we can get easily here in Japan. I would also like to get my mitts on one of those secret coasters as well. The Pokémon Cafés tend to do not only seasonal food treats but items related to the releases of the games as well, so it will be interesting to see if they give the same treatment to their Pokémon Café menus once the expansion passes for the game’s release later this year.