Despite this, that, and the other thing keeping this December from feeling as festive as it might normally, the holiday season is indeed upon us. Households that have long opted to store some plastic Christmas abomination in their attics, as opposed to dealing with loose pine needles every winter, have won this year because no one will be risking COVID to put up a darn tree. Menorah owners never had this problem, but we digress. Otaku-types around the world have their own holiday traditions (insert shameless plug about hearing ours on our next Twitch podcast stream here) some of which might only be upheld by one singular person in the entire world. Maybe you watch Endless Waltz, Tokyo Godfathers, or The Love Hina Christmas special. One of our favorite traditions doesn’t come in the form of something you watch but instead something you hear: The Pokemon Christmas Bash. 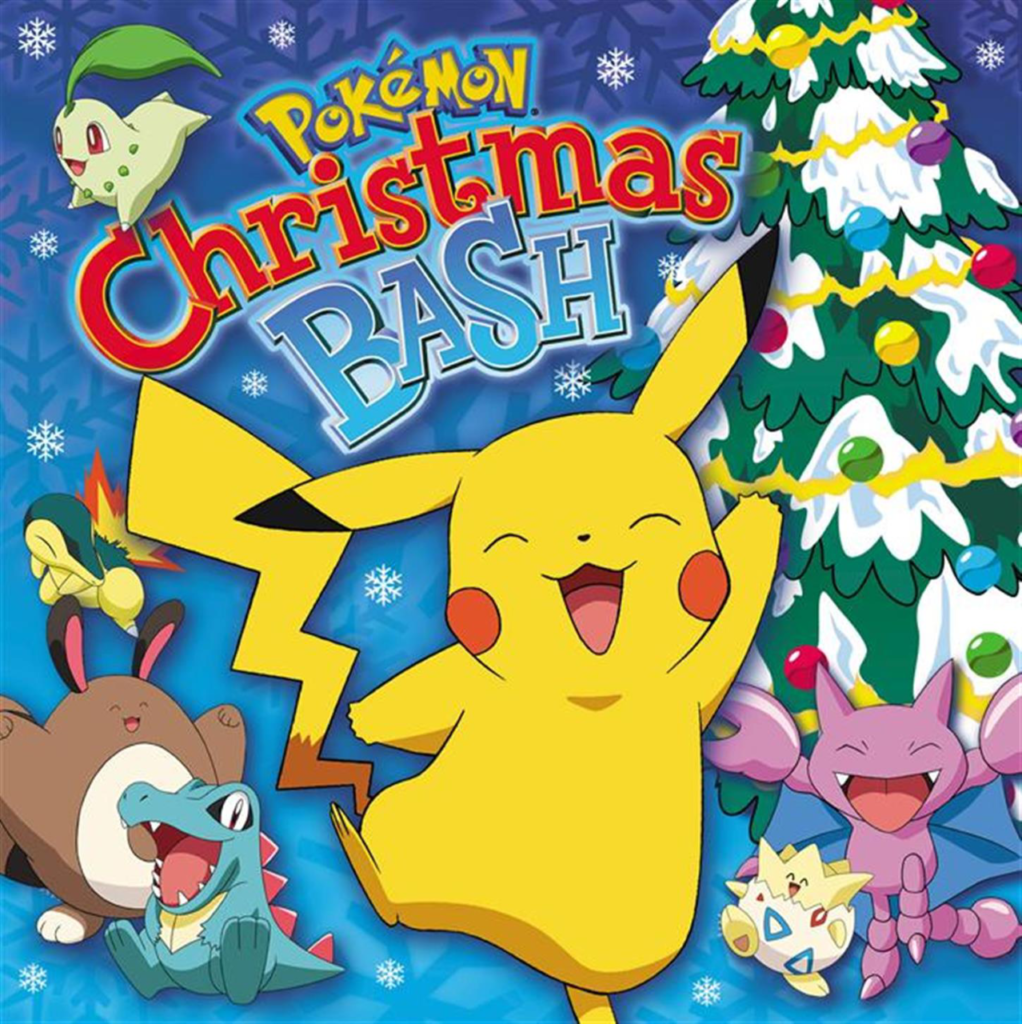 We admit the Pokemon Christmas Bash is purely an American creation and not typically our wheelhouse, but it’s just so delightful that we can’t resist pushing it into your years. Plus, it has historical value as a relic of an important but bygone era of international anime history. See, as the name suggests, the Pokemon Christmas Bash is a Pokemon themed Christmas album full of endearingly corny Pokemon Christmas music! ‘I’m Giving Santa A Pikachu For Christmas‘ anyone? Unlike the other cult Pokemon album 2BA Master, all the songs here were actually sung by the beloved original voice cast of Ash and the gang. If you listen closely to the album, you might catch some hilarious implications about his mother and Professor Oak, which are a Christmas gift all their own.

I’m not joking when I call listening to the Pokemon Christmas Bash a tradition either. Rediscovering the album on YouTube around ten years ago after unknown vocals choraling ‘Whose that Pokemon, at the Pokemon Christmas Bash‘ started springing through my brain, I quickly became obsessed. When Christmas ended that year, my now-defunct Last.Fm counter (Like Spotify Wrapped for you youngins’) told me I had listened to the album something like 50 times in 25 days. From there on I promised myself I would only listen to it during the holiday season (starting midnight Black Friday if you want to get technical) and at least the first few years after I crammed listen after listen, being well too old for its intended audience. To this day, I can recite every word.

Beyond being a fun little thing that sprinkles dopamine into my brain each December, I maintain that Pokemon Christmas Bash remains a notable piece of nerd history. While anime is more mainstream than ever, thinking of any other show’s English cast recording a Christmas album is unfathomable. Of course, those first couple years of Pokemon were a phenomenon nothing out of anime’s quite matched since but still; Wouldn’t you like to hear Shinji and Asuka take on some classic Holiday duets? The Christmas bash is a charming little piece of commercial music that’s much less annoying than it should be. If anything, it’ll sing that same nostalgic spot that the first month of Pokemon Go brought out in everybody.

You can listen to The Pokemon Christmas Bash on Spotify.