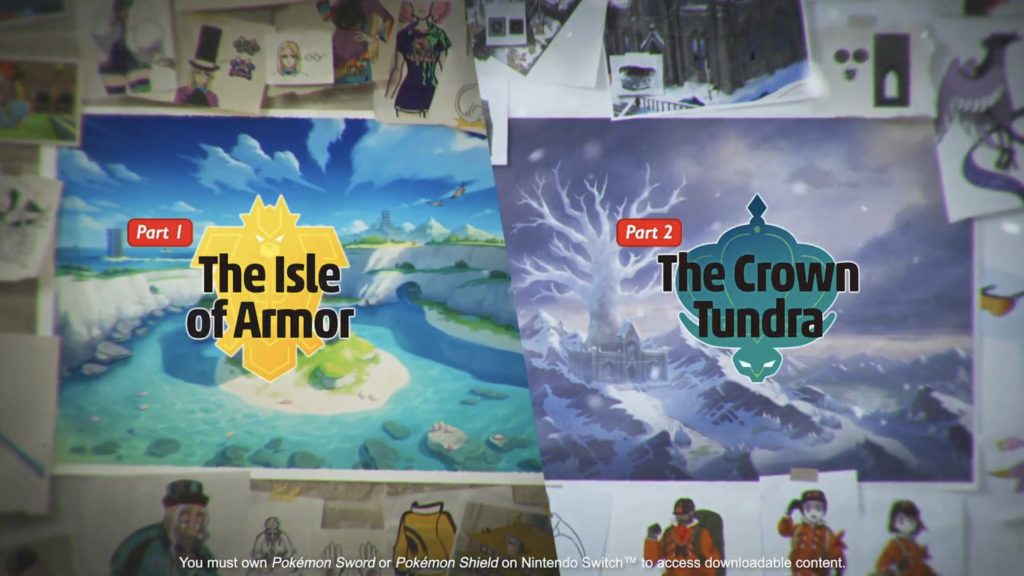 What better way to start off the year than with a new Nintendo Direct, am I right? While not a full Nintendo Direct presentation discussing Nintendo’s upcoming 2020 plans, with the longest ever Pokemon-specific Direct and little indication in advance regarding what to expect from the presentation, fans were waiting with bated breath to see what news would be announced during the Pokemon Direct.

The Direct promised to focus on two topics for the event’s entirety, and to start off was the return of a classic Pokemon spin-off title very close to my own heart: Pokemon Mystery Dungeon! With the series having been dormant for many years following the release of Pokemon Super Mystery Dungeon on the Nintendo 3DS in 2015, this new game will be a remake of the original titles in the series, Red Rescue Team for the GBA and Blue Rescue Team for the DS, in full 3D.

A brief trailer showcased this 3D aesthetic and a title that promises to stick closely to the original experience, even down to the Pokemon available within the game. While this is perhaps disappointing as someone who would prefer a new title in the franchise, I’m excited about this remake nonetheless. With news of a demo being made available today on the eShop through which save data can be transferred to the final product, alongside a fast-approaching March 6th release date, I’m certainly excited to see the series return after a time away (while I’m very much a fan of the game’s sketchbook, almost Winnie the Pooh-style aesthetic. 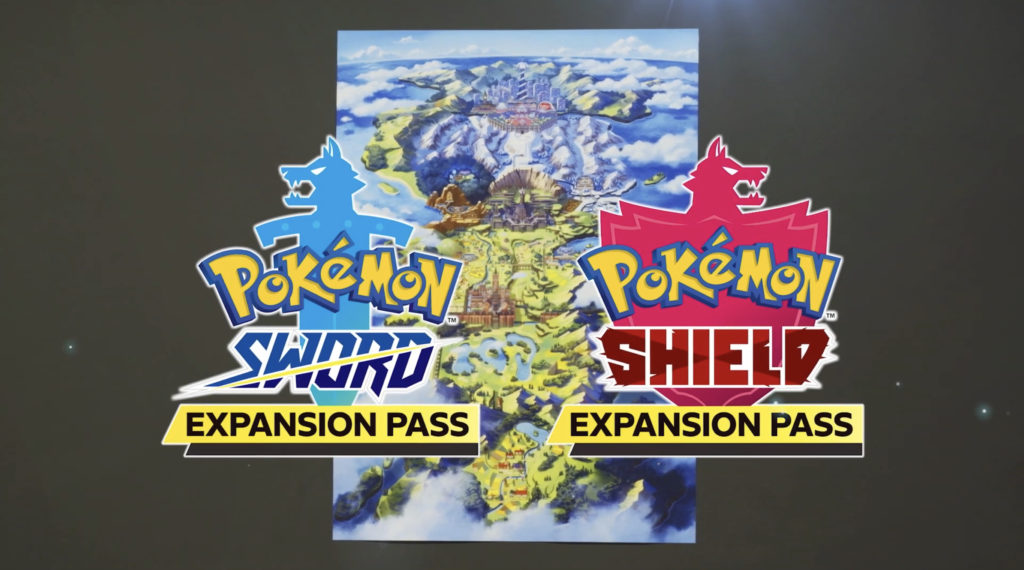 With only a brief trailer being showcased for Pokemon Mystery Dungeon, the second topic of discussion was the one which took up the most time during the Pokemon Direct. This news related to the successful new entries in the Pokemon franchise and the main-series debut for the Pokemon franchise on Nintendo Switch, Pokemon Sword and Shield, with the news these games would now be receiving an expansion pass!

While in-game footage for both parts of the expansion pass was minimal, a wealth of concept art related to the expansion, alongside some new in-game models and concepts the team was looking to explore in the games, however, were touched upon in great detail, with a lot to unpack from this as a wealth of new and classic Pokemon were revealed and much more.

This will work much differently to similar expansions in the past which came in the form of brand new titles such as Pokemon Platinum, Black 2 and White 2 and Ultra Sun and Ultra Moon. These will expand upon the original title and therefore take place after the conclusion of the story of the main-series games. You’ll be able to use any save data from the original releases in this expansion, and continue your adventure with the trainer you bonded with over the original experience.

The Isle of Armor 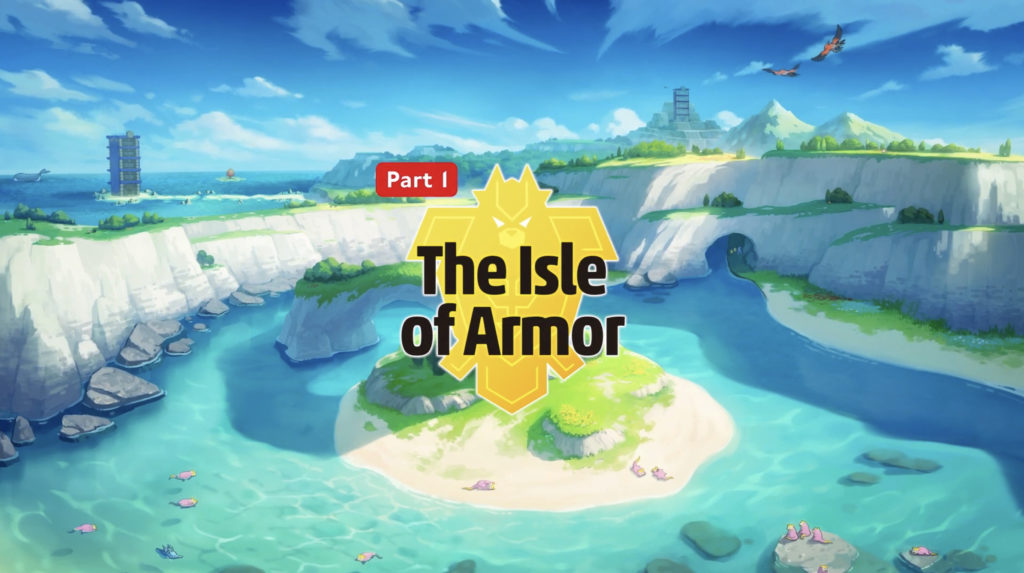 The Isle of Armor is focused on growth and takes place on an island just off the region of Galar. Beaches, bogs, rivers and more can be found on this island, alongside Pokemon who couldn’t be found on the main island. On the island is a dojo where you can train under the leadership of Mustard, an old trainer who previously mentored Leon and even served as Galar-region champion in the past once before.

Within the dojo, you’ll be able to train with a brand new rival who varies depending on which game you chose to purchase. Within Pokemon Sword, your new rival will be Klara, a well-dressed pink-haired female trailer with a speciality in poison-type Pokemon. In Shield, meanwhile, you will train with the sophisticated gentleman-in-glasses Avery, a psychic-type user. This dojo will allow players to level up and improve their skills as a trainer. 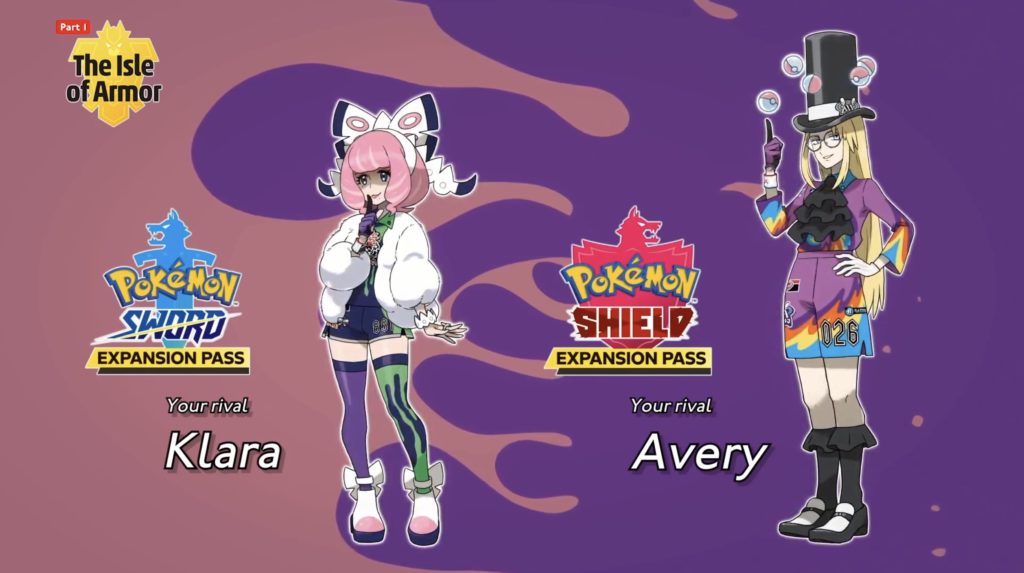 A new story can be found within the expansion which focuses on the legendary Pokemon Kubfu, a rather cute fighting-type Pokemon that strives to become stronger. Mustard will entrust this Pokemon to you upon meeting with them and you will train with them over your time at the dojo. Once you complete your training the Pokemon can then evolve into Urshifu, which also has the potential to gigantimax. The abilities of this Pokemon upon evolution can also vary, with the fighting-dark Single-Strike Style and a fighting-water Rapid Strike Style possible once the Pokemon has fully evolved.

Speaking of Gigantimaxing, new information unveiled during this Pokemon Direct promises brand new forms for the starter Pokemon you chose at the beginning of the adventure, with snapshots at their appearance showcased and more information to come at a later date. After your training is complete, online battles and official competitions centered around these new features will be accessible (providing you have Nintendo Switch Online, that is). 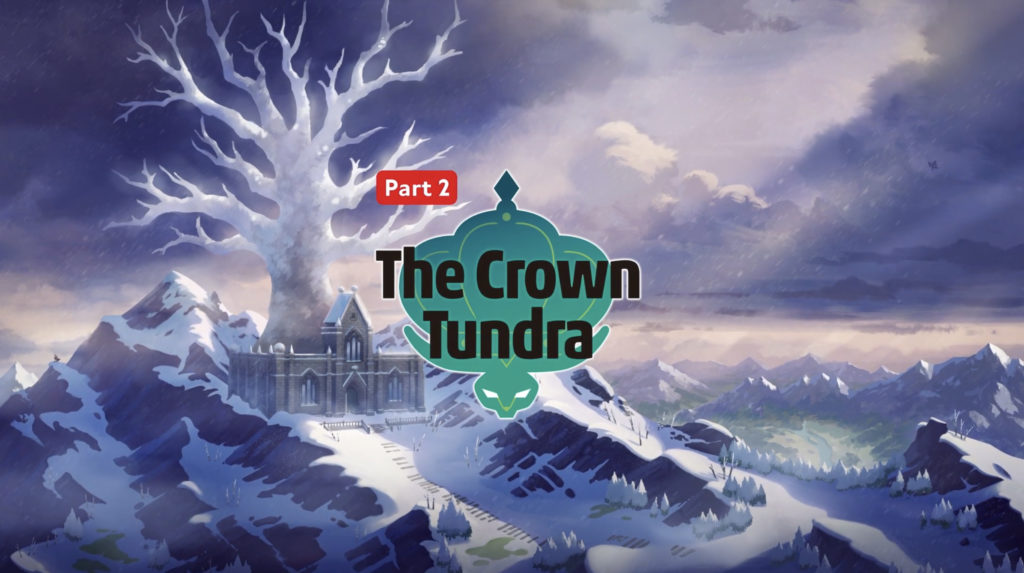 The theme for The Crown Tundra, set for release in Winter and also announced during the Pokemon Direct, is themed around exploration. This unexplored area is set in a winter landscape filled with small communities that rely on each other for support which you can meat across your journey through the area.

Your trainer will become the leader of an exploration team as part of this expansion where you can find mysterious giant trees and ruins which, based on the shown concept art, will allow you to capture the Regi- Pokemon first discovered within Pokemon Ruby and Sapphire. However, further Regi- forms were teased during the presentation, albeit without more information on what these forms will actually be. Personally, however, I’m very excited to learn more about what these forms are and what they mean. 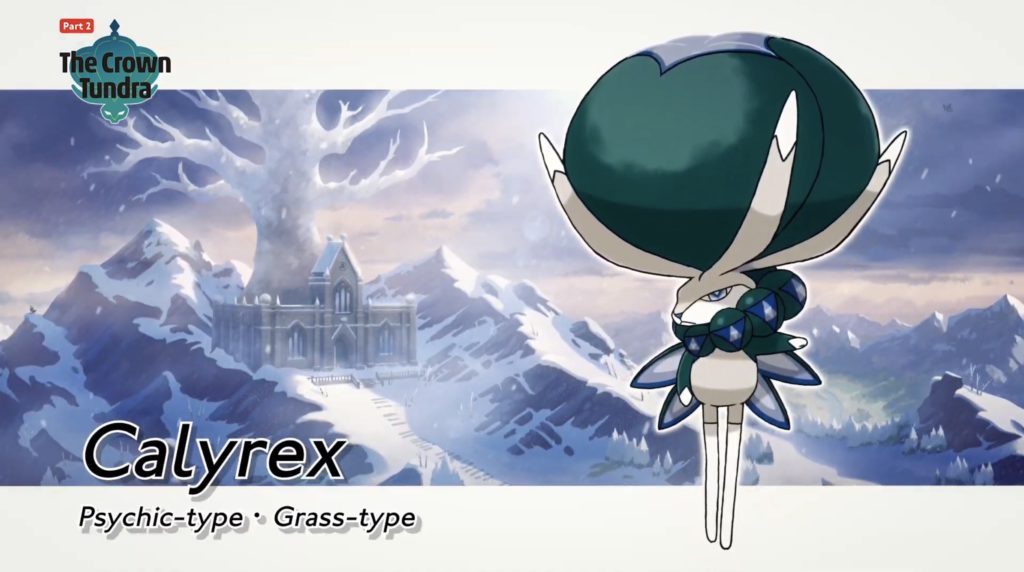 Just like in the Isle of Armor, new Pokemon not accessible within the main game can be found in this frigid landscape, and that’s not all. Another new legendary Pokemon will be the central focus of this new expansion: Calyrex. Supposedly having once ruled a region of Galar that included the Crown Tundra, the Pokemon is described as graceful and regal, with a new story about the Pokemon on the region set to be the central focus of this DLC.

Exclusive to the Crown Tundra DLC, a new underground area promises to allow groups of friends to compete in special Pokemon Den battles against new and returning legendary Pokemon which promise to be stronger than anything else faced within the game up until this point. 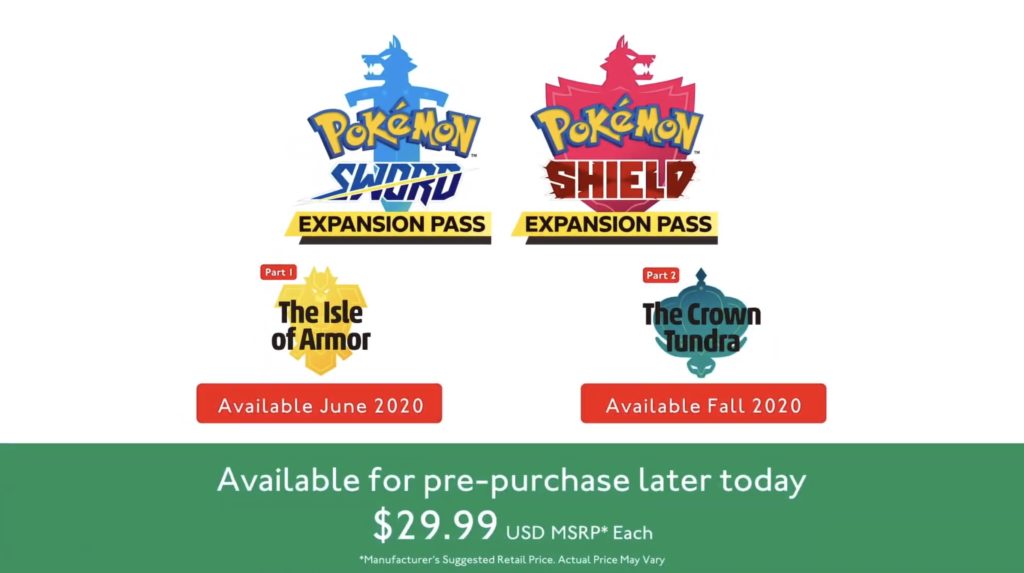 The later release of this pack compared to the other DLC unveiled during this Pokemon Direct makes information on its content much more sparse, but there are some features that will be shared across both packs. Both new areas will act similarly to the Wild Area found within the base game and will, therefore, be a seamless landscape to discover featuring Pokemon Dens and high-level Pokemon. New customization choices will be available too, alongside new battle challenges and more.

The new DLC is the ideal modern solution to the idea of expansions within the Pokemon franchise. In place of brand new games combining previous experiences, DLC which goes beyond the original game while carrying over older features promises a better solution while being a cheaper option than a brand new $60 title which was offered in the past. The expansion pass will cost $30 and can be pre-purchased now, with the Isle of Armor expansion releasing in June and the Crown Tundra being available in Winter.

The DLC, alongside the news that Pokemon Home will release in February 2020 and allow older Pokemon to be transferred to the new games and a free update today for the titles bringing Galarian Slowpoke and a glimpse at the new trainers suggest that the new Pokemon titles will remain exciting releases for a long time to come.