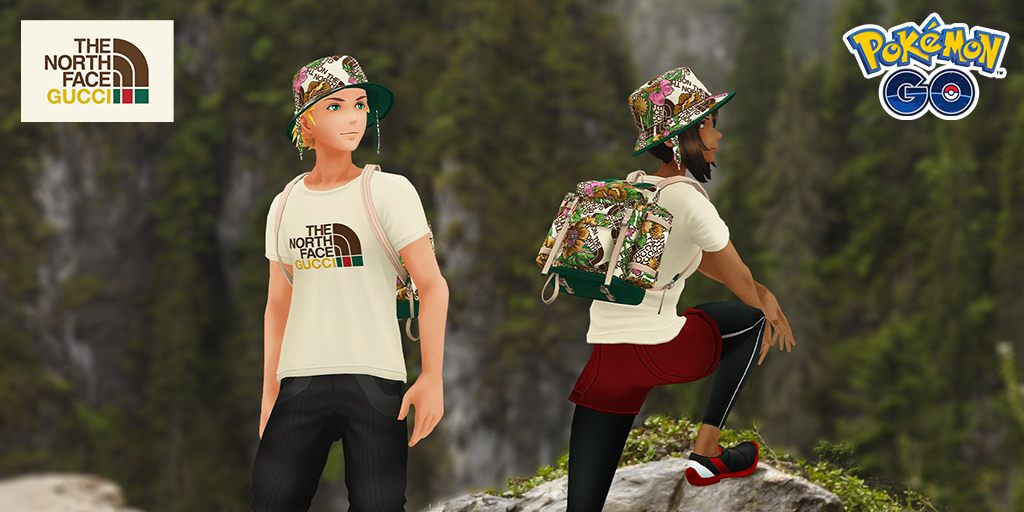 Last week, we posted news about Pokémon GO developer Niantic doing a new collaboration with The North Face x Gucci as part of their new tie-up clothing line for clothing items to use within Pokémon GO. However, these items were available as part of a tie-up campaign happening in London and other various locations that Gucci is available, via Pokéstops randomly scattered around the world in these cities. However, due to the ongoing spread of COVID-19, Niantic has changed their mind on the promotion and have decided to make the clothing options available worldwide with the use of a serial code that can be inputted within the game, or the Pokémon GO website.

The clothing set that you can obtain contains a shirt, hat, and bag. This way, you can deck your avatar out in The North Face x Gucci apparel. It’s honestly a pretty unique collaboration if you ask me. In order to obtain the clothing options, you can input the serial code [GXSD5CJ556NHG] by visiting this website. This might be a good website to bookmark because there are a variety of promo codes that can be used in the game. This would be the best way to go about inputting them, since Niantic removed the promo code functionality from the game, at least on the iOS version of the game.

Niantic has not announced when the promotion code will be valid until for the Pokémon GO The North Face x Gucci tie-up, but basing it on previous promotion code events, I would assume that it will be at least a couple of weeks to a month. As bad as this might sound, I think that this is going to be the most viable way that Niantic can offer tie-up items when most of the world is locked down, but I’m glad they’re still doing things to support the title.

Pokémon Go Will Have ‘Love Cup’ Battles For Valentine’s Day