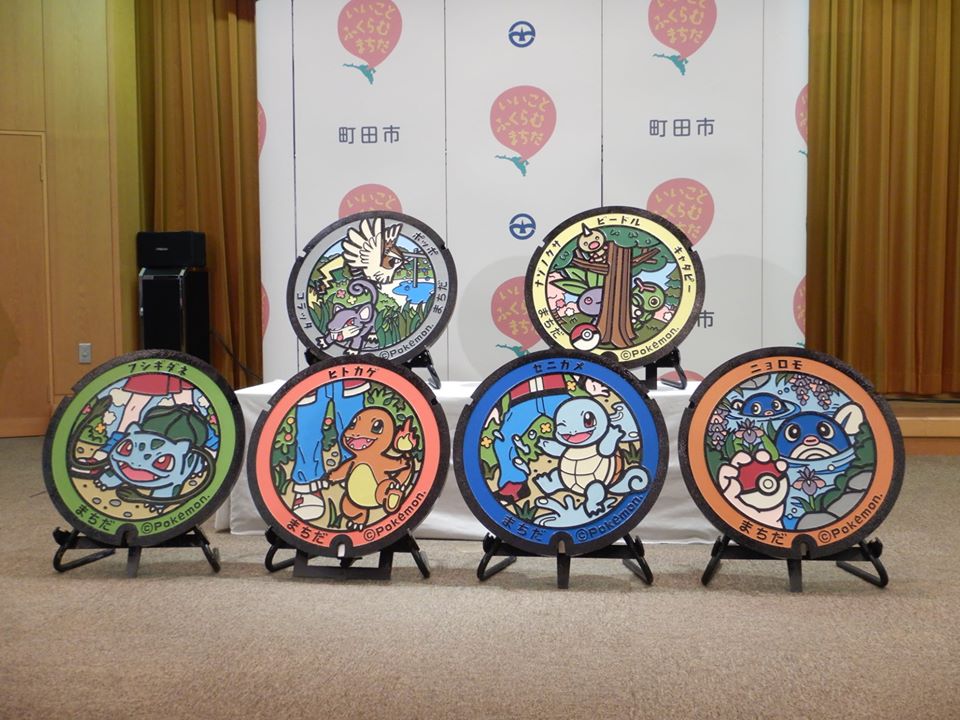 Two years after they invaded Kagoshima Prefecture, a unique and unusual Pokémon craze has finally reached the Tokyo area.

Artistic Pokémon manhole covers arrived in Machida, a suburb of Tokyo on Aug. 21.

Obviously, they’re too big and heavy to be collectible. If you Gotta Catch ‘Em All, your best bet would be to use a camera.

The first Pokémon manhole covers, a.k.a. Poké Lids or Pokéfuta, appeared in Kyushu in December of 2018.

The Pokémon Company has been donating them to various municipalities across Japan ever since then.

The lids are specific to the community where they can be found, which makes them tourist attractions of sorts.  They also serve as PokéStops for Pokémon Go players.

It’s all part of the company’s Pokémon Local Acts.

As the website explains, “Pokémon Local Acts aims to promote Japan’s various localities by highlighting their well-known and not so well-known charms.”

The Poké Lids website offers an alternate explanation: “Rumor has it that Diglett may be responsible for digging large enough holes to be mistaken for utility holes …”

The six new Pokémon manhole covers are in Serigaya Park in Machida. That’s about 20 miles west of downtown Tokyo. It’s still in the Kanto Region, so it counts.

Fans of the anime series Super Gals! may remember Machida as the hometown of Tatsuki Kuroi, Ran’s goofy boyfriend, who complained that Machida was technically still part of Tokyo.

More importantly, Machida is also the hometown of Satoshi Tajiri. Tajiri created Pokémon as a modern alternative to his childhood hobby of bug collecting.

As of this month, you can find Poké Lids in Kagoshima, Kagawa, Tottori, Hokkaido, Iwate, Miyagi, Fukushima, Kanagawa and Tokyo prefectures.

Pokémon is not the only pop-culture franchise to show up on a manhole lid. Tokorozawa and Kadokawa recently created  illuminated anime manhole covers to promote Tokorozawa Sakura Town.

And some Love Live! manhole covers in Shizuoka Prefecture gained unwanted attention when people were arrested for vandalizing them.