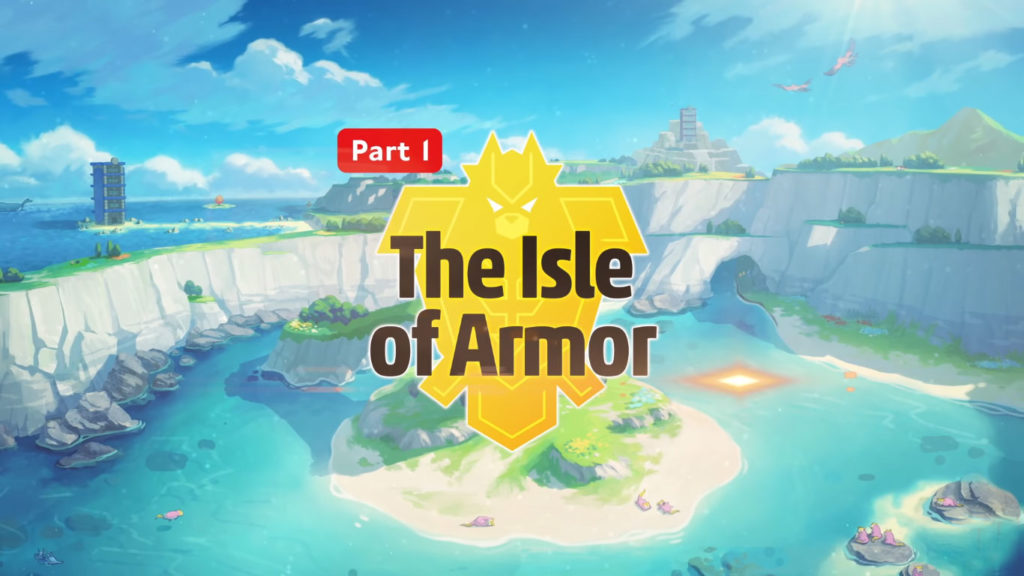 Following an ominous tweet sent from the official Japanese Pokemon twitter account yesterday afternoon stating that an update on the upcoming expansiom for Pokemon Sword and Shield was on the way, a brand new trailer has been released for the highly-anticipated expansion, providing fans not only with lots of new footage for the DLC but a release date for when fans can dive in for themselves.

The trailer opens on a shot of a softly-sleeping Galarian Slowbro before a montage of images from around the various new regions the Pokemon Sword and Shield DLC has on offer. The trailer places a strong emphasis on the increased opportunity and grander scale these areas offer in comparison to anything featured in the original game. While those titles introduced the concept of the Wild Area, large expansive areas of wilderness beyond what is offered through a typical Pokemon route where Pokemon visibly wander through large open world-esque environments with raid battles, these new DLC areas consist entirely of Wild Areas on a much larger scale to those found in the base game. Pokemon not found in the original game coexist alongside brand new Galarian forms of familiar Pokemon like the aforementioned Slowbro.

Far from only being a showcase of scale, however, this trailer gives fans a glimpse into the story elements of these two new expansions, most prominently the first expansion, The Isle of Armor. New scenes featuring a number of trainers eating and training together inside the Dojo are littered throughout, while the new trainers introduced in a pre-DLC update a few months ago also make an appearance. What this trailer emphasizes most is the differing tone these two expansions take, with the winter-based The Crown Tundra expansion featuring multiple legendary Pokemon but a much more desolate tone in comparison to the sunny, action-heavy dojo of the first DLC.

Most exciting, however, is the news that fans won’t have to wait long until the first part of the DLC is available to play. This trailer gave eager Pokemon fans a release date of June 17th for the first part of this Pokemon Sword and Shield Expansion Pass. While still 2 weeks away, this trailer makes the DLC look like it’ll be worth the wait.