Pokémon Sword and Shield ‘The Crown Tundra’ Releasing In October, With a Special Pikachu Campaign and More to Celebrate

When it came to the first Pokémon Sword and Shield DLC, The Isle of Armor, months of silence was broken by a sudden new trailer that revealed the release date for the content just 2 weeks later. The sudden blowout of new information was certainly successful in exciting Pokémon fans for that new content, and The Pokémon Company went in the same direction when revealing new information for Pokémon Sword and Shield’s second DLC pack, The Crown Tundra. After a large period of trailer, a tweet dropped yesterday confirming new info was incoming, and a new trailer released today has showcased how the new DLC will play out and that fans won’t have to wait long to get their hands on the new content, either.

Ishihara opened the event with a trailer for the Pokémon Sword and Shield Expansion Pass. After refreshing audiences on The Isle of Armor, we’re thrown into the frozen wastelands of The Crown Tundra, where a number of new areas are open to explore. This sets us up for a huge swathe of new content that’s set to be included in this new area of The Crown Tundra, with a few extra features being added to other areas of the game as well.

First up, The Crown Tundra. This new area will see you as a player join up with Peony, your expedition chief, on a journey through the frozen wastes of The Crown Tundra to find out what Pokémon lurk within its depths. During your expedition, you will be expected to lurk through depths you previously wouldn’t have been able to known as Dynamax Adventures, where many mysterious Pokémon are thought to lay dormant. Alongside meeting new legendary Pokémon such as the previously-revealed Calyrex, every legendary Pokémon from previous titles in the series will be available to catch through Dynamax Adventures, making it the first time all the legendary Pokémon have been obtainable by players in a single title.

Furthermore, after completing The Crown Tundra, players will have a chance to enter the Galarian Star Tournament. This new double battle tournament will allow players to team up with other characters from throughout  your adventure to battle in a new tournament mode against other characters, with the chance of seeing a new side to how they fight. Even DLC characters will be an option to fight with or against through these tournaments! 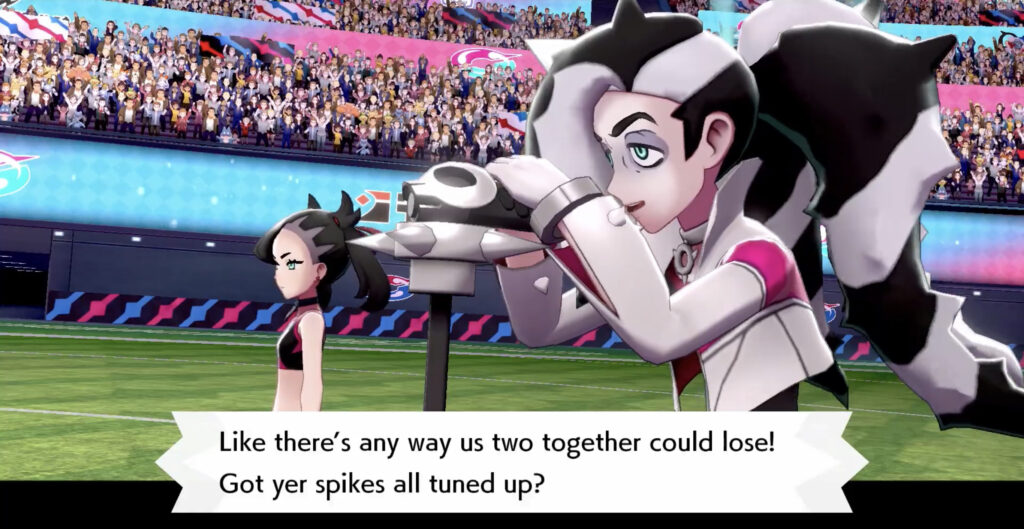 Players won’t have to wait long to unlock The Crown Tundra in Pokémon Sword and Shield. The DLC is set for release on October 22nd in all regions, while a special physical version of the game which bundles both DLC packs onto the cartridge alongside the game will release a few weeks later on November 6th. It’s nice that this new release isn’t just the same game with a DLC download code included and that the DLC packs will be on the cartridge itself, which should save space on the console’s meager internal memory.

There were a few exciting miscellaneous updates alongside this. First up, Pikachu! Eight different special Pikachu will be available to unlock in-game via passwords over the coming days, each with special designs. The first Pikachu is wearing Ash’s trademark cap from the anime, and can be unlocked using the code P1KACHUGET. Other passwords for other Pikachu will be made available in the coming days.

On top of this, Pokémon Home will be updated before the end of the year to include functionality that will allow players to transfer Pokémon caught in Pokémon GO to Pokémon Home, allowing them to be taken on journeys throughout the Galar region. These Pokémon cant be transferred back to Pokémon GO, but taking part in this process will unlock a mystery box in Pokémon GO that spawns a special Melton which, when transferred to Pokémon Sword and Shield, and Dynamax into a special enlarged form of the Pokémon. No specific date has been revealed for the update, but it will come before the end of the year.

A rather sudden and jam-packed update on the progress of Pokémon Sword and Shield’s second DLC pack The Crown Tundra, that was! Between updates for Pokémon Home and a blowout of information on the new DLC, it’s a good thing we won’t have to wait too long before diving in for themselves. Closing out the event was a really cool animated music video from BUMP OF CHICKEN, but you can read our mini-report on that here.