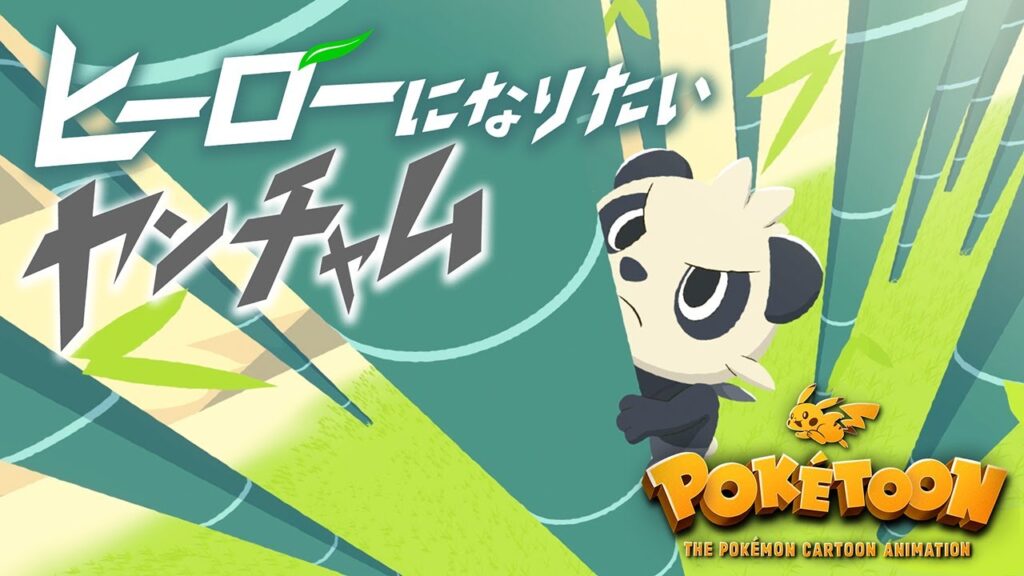 Pokétoon is back with another new Pokémon short film for fans of the franchise, this time centered on Pancham.

About a year ago, The Pokémon Company released the first Pokétoon short film with a wonderful Looney Toons-inspired short about Scraggy and Mimikyu. It was a delight to watch, with wonderful animation and a lack of dialogue that made it accessible to audiences around the world. It seemed like a sign of more to come, but no more shorts were released after that… until now.

This new Pancham-themed Pokétoon short is unfortunately nowhere near as exciting, or as animated. It would be more accurate to describe this as an animated picture book, with large amounts of voiceover being used to tell the story of a Pancham training to be the best that they can and become a hero. With strong art and designs, it is an enjoyable short to watch, but still disappointing when considering the standards set in the past.

The Pokémon Company have released a number of impressive short films and animated videos about the franchise in recent times, from the amazing GOTCHA music video and the aforementioned first Pokétoons short to short series like Twilight Wings. It’s been an impressive celebration of what the series has come to represent in the eyes of many, and this could potentially be that for younger audiences. It has the heartwarming message and fun ideas, but it’s not a necessary viewing experience.

Still, the Pokétoon shorts were created to try new ideas, and like it or not, this Pancham short offers something different for younger audiences that we haven’t seen before. It follows the trend of the franchise being open to change in every area, from games to movies to their web content. For that alone, it’s doing what it sets out to be, and while we don’t have an English-language version of the short yet, I imagine that it is coming soon.