Pompo: The Cinephile Gets New Trailer and New Songs 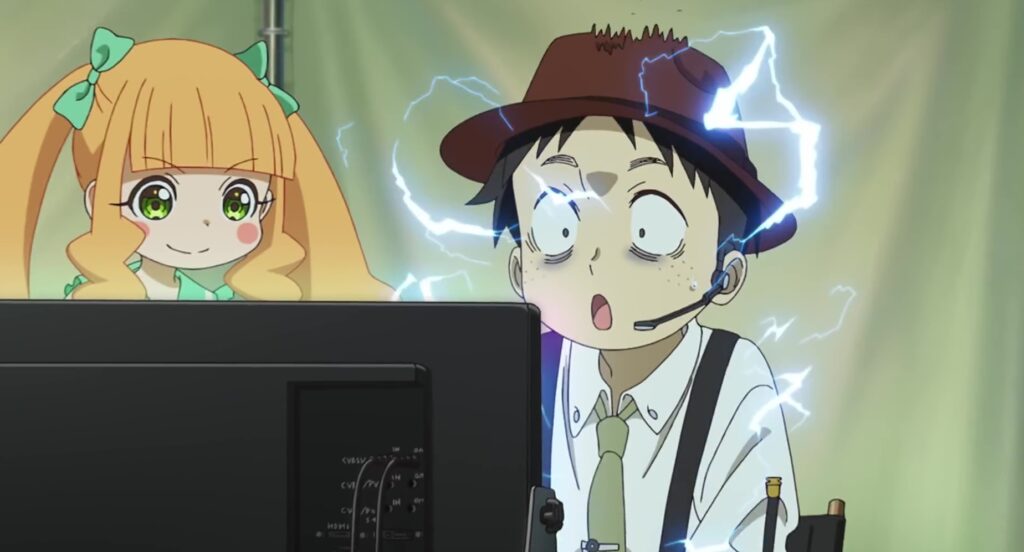 As a cinephile, I’ve always been interested in a special kind of film: the movie that’s about the art of movie-making itself. Certain movies that come to mind here are Singin’ in the Rain and 8 1/2. The upcoming anime film Pompo: The Cinephile is another addition in the long line of ‘film buffs doing film buff things’ genre, and today it finally got its trailer.

The stylish sixty-second trailer featured clips from the film, showing some of our main characters: Pompo, a film producer in Tinseltown (here known as ‘Nyallywood’) looking for her big break, and her assistant Gene, a proclaimed film buff who’s picky about genres.

Vocaloid musician Iori Kanzaki has written three songs for the film. The first is the insert song ‘For Example’ performed by the virtual diva Kaf, which is featured in the film’s trailer. You also have EMA of the virtual act DUSTCELL performing another insert song, ‘We the Rebels,’ and actress Seiko Niizuma performing the movie’s opening song ‘Dance On Fire.’ The soundtrack to this movie will contain these songs plus additional background music conducted by Matsuku Kenta.

Based on the manga of the same name, Pompo: The Cinephile will be produced by the studio CLAP and directed by Takayuki Hirao, who previously directed episodes of Attack on Titan, the God Eater TV series, and the fifth Kara no Kyoukai movie.

Pompo was originally slated for a Fall 2020 premiere but met the same fate of being delayed due to COVID like many other anime series and films. The movie is now slated to be released on 4 June of this year, making it a contender for the first big feel-good anime film of the summer. The soundtrack will also be released the same day as an accompaniment.

For those excited about its colorful nod to the film industry, more information on Pompo can be found on their website and official Twitter.