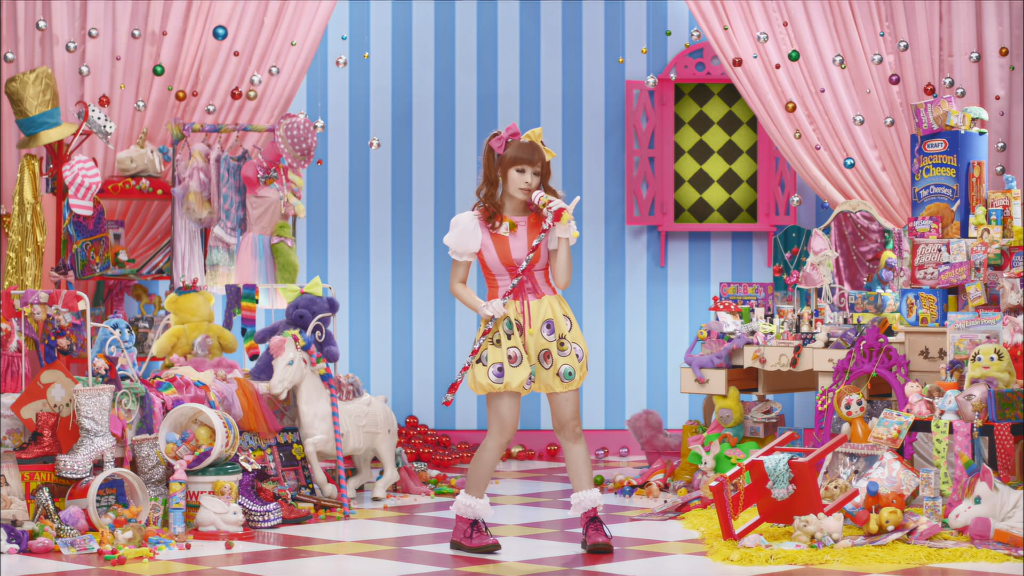 2011 saw the world beginning to accept the irreversible mass integration of the web and social media into our daily lives: Twitter and Facebook were not yet so big that they could hold unimaginable influence over a US presidential election, but enough people had crawled to these places worldwide that a rapid global descaling started taking place.

As the rest of the globe was learning, those involved in the nebulous ‘internet sub-culture’ long saw the writing on the wall. For instance, Crunchyroll started delivering anime legally the same day Japan would air it, unfathomable years earlier. Conversely, YouTube and the like exported the already pervasive American pop culture to other continents at record speeds. Elsewhere, Girls Generation and Big Bang started building K-Pop’s first international audience, but it didn’t yet have anything resembling the mainstream global success it enjoys today.

In that transitional year, on 20 July, an up-and-coming artist invoking the power of Harajuku named Kyary Pamyu Pamyu released a song called ‘Pon Pon Pon’ (stylized as PONPONPON), forever altering the lives of those ready to embrace its candy energy.

Of course ‘Pon Pon Pon’ wasn’t a solitary effort of one Kiriko Takemura, the woman we call Kyary Pamyu Pamyu. From this 10-year-old major-label debut all the way until now, her composition and production has been entirely handled by ‘Shibuya Kei vanguard turned Pop Master Wizard’ Yasutaka Nakata, the producer of the underappreciated Ami Suzuki and Coltemonikha, among his more well-known projects.

We don’t say this to diminish Kyary’s own hand and influence in the project: she is a genuine Harajuku fashionista who blogged that sub-culture well before her musical career started, interestingly one who found Gwen Stefani’s Harajuku Girls an influence rather than a bastardization at that. Someone without her intimacy with and genuine expertise couldn’t serve as the avatar for Kawaii expression that she’s become. It does speak to Nakata’s versatility, though, to be able to perfectly channel that spirit into sound.

Even stripping away the people who made ‘Pon Pon Pon’ and their influences, the song itself sounds like nothing else out there, except maybe the Kyary Pamyu Pamyu songs that came after. The best of Japanese Pop has always been tit-for-tat catchier than western pop offerings, but this miracle of a track doesn’t resemble anything of its era… or any era! That’s one of many it resonated so deeply with audiences worldwide.

Using today’s vernacular, it carved its own lane configuring bubbling contortions of ‘cute’ into sine waves, sweetly bludgeoning your eyes with the words ‘Pon’ and ‘Wei’ into morphine submission. Unable to put it better than professional Japanese music expert Patrick St. Michael: ‘Kyary’s breakout remains her finest moment, and one of the 21st century’s best pop songs.’

Some credit does need to be attributed to the Kawaii-cornucopiac PV, designed by the Harajuku legend Sebastian Masuda of 6% Doki Doki fame.

Perhaps some privileged netizens, rather those already hip to Yasutaka Nakata’s beloved Capsule and Perfume, had anticipated the Kyary Pamyu Pamyu project with glee, believing the legendary producer could do no wrong. To the rest of the world , ‘Pon Pon Pon’ exploded seemingly from our collective malleable inner-consciousness, as one’s wildest dreams of what Japan might look like burst out Alien style onto YouTube dot com, where the Pamyu Pamyu Revolution would truly begin.

We have our qualms with the ‘Cool Japan’ initiative, pushing a false reality and all, but hell if ‘Pon Pon Pon’ wasn’t a damn good argument for the vision. While Japanese audiences certainly enjoyed her work as she ascended to household name status, with the following singles ‘Tsukema Tsukeru’ and ‘Candy Candy’ receiving near-equal airplay and critical acclaim, those international netizens foaming at the mouth for her perfectly realized the visual and audio ideal of ‘Kawaii’ witnessed a never before seen world inside her.

That ‘world’ took her on worldwide tours soon after her debut, breaking the way for Japanese artists to perform worldwide outside of conventions and the like.

With social media saturation now sitting 1 million percent, we’ve seen and heard everything we ever could, with any still genuinely groundbreaking art assimililating in much-less-time than the 15 minutes of fame those on the forefront of trends used to get. In accordance with the new times, you could say Kyary Pamyu Pamyu’s spotlight no longer smolders as it did, but then again she was going to be performing at Coachella 2020 until COVID-19 took that away from all of us.

Still, her newest works still build on her instantly identifiable hearty-candy sound, and that brand of instant aural infection lends itself quite well to the TikTokification of music dissemination, with several worldwide trends having incorporated ‘Pon Pon Pon’ and a handful of her other hits.

Though admittedly, while we’re happy new audiences are finding her music through these and any means, a 15-second clip can’t convey the now 10-year-old revolutionary art project called Kyary Pamyu Pamyu: scored by Yasutaka Nakata, visualized in part Sebastian Matsuda and Steve Nakamura among other collaborators, all spirited to life by Kiriko Takemura.