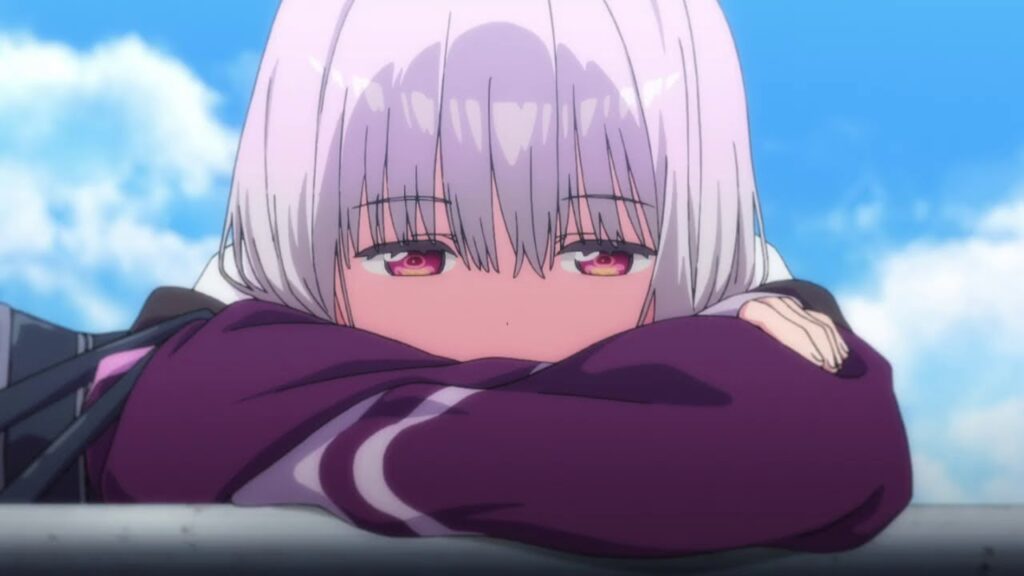 Despite not being the most popular anime of the Fall 2018 season, SSSS.GRIDMAN has accumulated quite the cult status among TRIGGER and mecha fans. With its spiritual successor SSSS.DYNAZENON looming around the corner, there’s no better time to relive Gridman’s cybernetic vibes. The people at Pony Canyon are taking advantage of such an opportunity by serving up a new music video centering around one of Gridman’s most memorable tunes.

The music video for ‘Motto Kimi wo Shiritai’ (known in English as ‘I Want To Know About You More’) premiered yesterday. And it came humbly edited too, as it featured clips from the show in a simple AMV format. The song itself is the theme of Akane Shinjo, SSSS.GRIDMAN’s adorably purple moe antagonist, and sung by her voice actress Reina Ueda. Accompanying Ueda is Keisuke Shimada on bass and Manabu Yachi on piano. Kohei Yamada of the APDREAM music group directed the video alongside Seiya Haga.

This music video comes as a neat addition to the rebroadcast of SSSS.GRIDMAN on Tokyo MX, which started back in January. The rebroadcast serves as a countdown to the release of SSSS.DYNAZENON, which had its trailer drop back in December and will be getting its premiere in April. GRIDMAN and DYNAZENON director Akira Amemiya commented on the latter just last year, saying that he hopes DYNAZENON will ‘open new doors’ for his franchise and that it will boast ‘the best animation you will ever see.’

While you are waiting on the next entry to TRIGGER’s madcap tokusatsu-meets-mecha goodness, you can watch SSSS.GRIDMAN on Crunchyroll, VRV, and Funimation. Additionally, Adult Swim’s Toonami block started airing GRIDMAN’s English dub last month. You can catch it on Saturday nights at 2:30 in the morning.