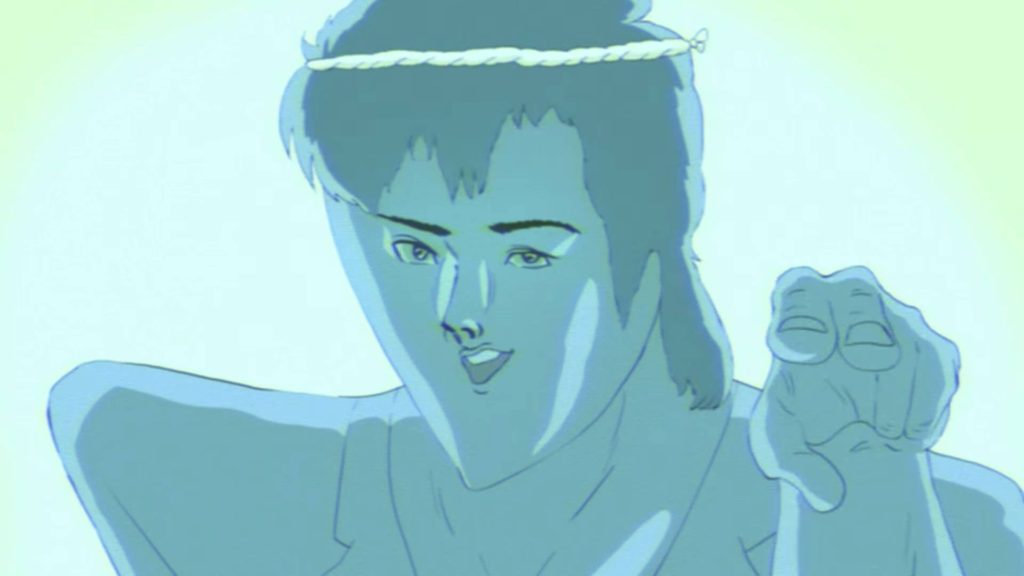 Before they were gracing our television screens for a fraction of 11 minutes at a time, before the hilarious “Bob Epic Team,” and before “Hellshake Yano,” animation trio AC部 (AC-Bu) were animating some really, really great music videos. From the moment I set my eyes on the “Bob Team Epic” skit, I knew I had seen that somewhere before, but it wasn’t until a few weeks later that it dawned on me. “I want to eat sushi!,” that wasn’t something I thought to myself, rather, it was the direct translation of ORANGE RANGE’s hyper-infectious MV “Sushi Tabetai.”

For those of you who don’t know the name ORANGE RANGE, you almost definitely know their work on the original “Bleach” opening theme, “Asterisk.”  When the song originally released in 2005, the group were on top of the Japanese charts for all of March. Things were really getting wild for them, and then 10 years later, something different happened. On September 18, 2016, the world was blessed with the music video for ORANGE RANGE’s latest, less-serious, “Sushi Tabetai,”  an eye-opening tribute to Japan’s most recognized snack.

It was as polarizing as it was beautiful, standing in complete parallel to almost every song on the group’s 10th studio album “TEN.”  Perhaps most iconic, however, was the choice to allow AC部 creative freedom as the music video animators. In stark contrast to almost everything else released by the group, the song rapidly went on to become a cult classic amongst a strange audience of viewers. In the same way that the skits of “Bob Epic Team” couldn’t be pulled off without AC部’s animation style, the comedic effect of this song wouldn’t hit nearly as hard without the music video, and that’s part of what makes it so great.

While the music video isn’t directly credited to AC部 in either the description or the upload, it doesn’t take too much searching to find confirmation. Besides, if this kind of content can come from the mind of anyone other than AC部’s three members, we’d truly be living in a terrifying world. I’m totally infatuated with the works of the trio, and I can’t wait to see where they go following on from “Pop Team Epic.” Until that time, however, all I have to say is don’t stop the music, don’t stop the sushi.