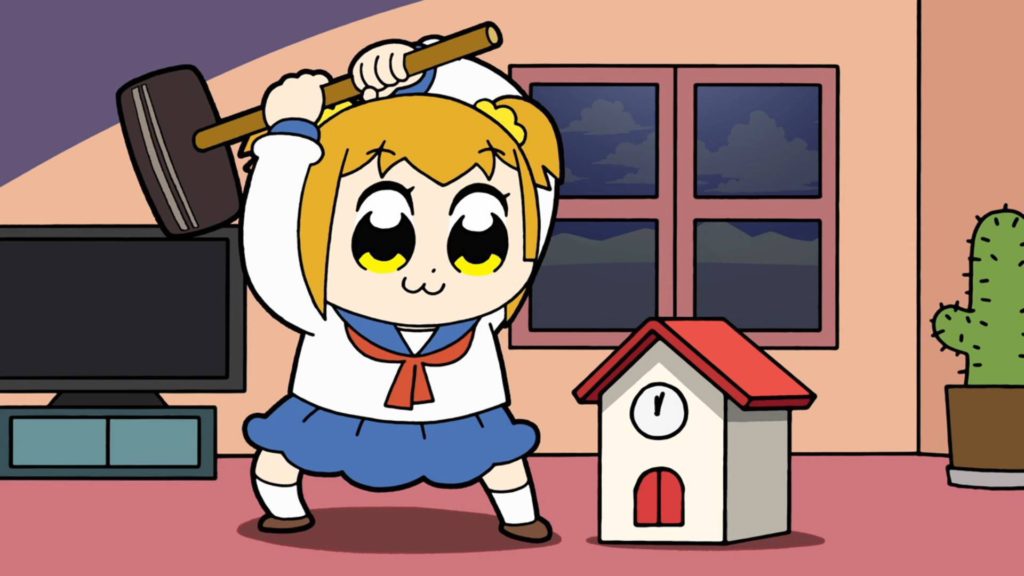 Adult Swim’s Toonami took to their social media over the weekend to announce their all-new programming schedule, as well as the addition of the surreal comedy series Pop Team Epic. Taking over the highly-contested midnight slot just after FLCL: Progressive, the series finds itself replacing Dragon Ball Z: Kai in the Toonami lineup of anime series. Let’s take a look at the updated programming schedule below, as well as the announcement from Toonami themselves:

Kicking off from June 30 on Adult Swim’s Toonami, Pop Team Epic originally aired in Japan at the begin of 2018 and ran for a total of 12 episodes. The series was praised globally for its heavily satirical nature, offering unique and humorous takes on a number of different topics ranging from anime to idol culture. Unafraid of throwing punches, series creator Bkub Okawa has long been lauded for their hot takes. Never been on the internet before and somehow missed the series entirely? Pop Team Epic is described below:

Pop Team Epic turns absurdist comedy up to eleven with its pop culture references and surreal hilarity. With two bonafide high school girl protagonists—the short and exceptionally quick to anger Popuko, and the tall and unshakably calm Pipimi—they throw genres against the wall and don’t wait to see what sticks. Parody is interlaced with drama, action, crudeness, and the show’s overarching goal—to become a real anime.