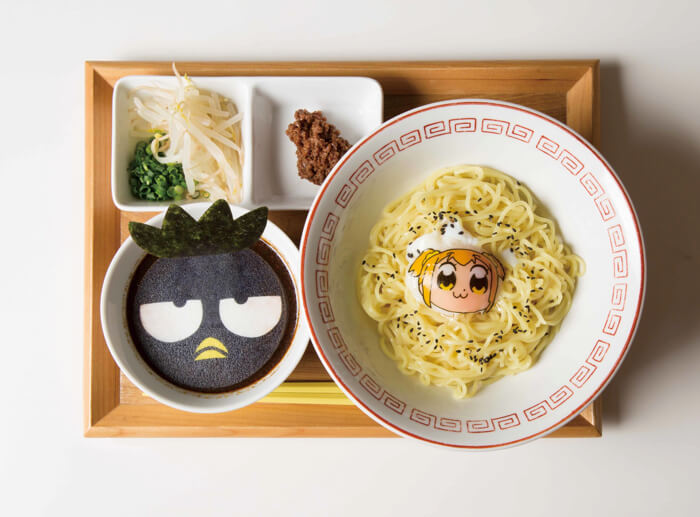 While it would seem that Bkub Okawa’s legendary Pop Team Epic has collaborated with just about everyone under the stars by this point, one collaboration I don’t think I ever saw coming was one with Sanrio. That was my stance the first time we saw this happen last year, and it still largely the way I view things now. But as it seems, the two most collaborative names in the industry seem to hold a bit of chemistry together, even if one of those two happens to be a crude four-panel comic.

Set to open on February 8 at Seibu Ikebukuro’s Dining Park on the building’s eighth floor, the upcoming collaborative cafe takes the worlds of Pop Team Epic and Sanrio and crams them on a plate. It’s equal parts cute as it is disturbing, but somehow the pair just manages to partner up pretty well. While previous collaborative outings have focused on dishing out various pieces of merchandise, the cafe seemingly sets its focus towards the food with seven different dishes to be made available on the menu.

While I’m generally not one for themed cafe’s, citing general low-quality and overpricing as my reasoning, there are a few dishes here that in principle are simple enough that the cute-pairing shouldn’t subtract from flavor too much. One such dish is the Bad Badtz-Maru VS Popuko Noodles, one that I’m sure OTAQUEST’s Eddie will be fawning over in no time, even if simply for the fact that it features Bad Badtz-Maru as a bowl of miso soup. Oh, and corn Pipimi on a pancake (?) is pretty damn incredible.

Set to operate from February 7 to April 14 at Seibu Ikebukuro’s Dining Park, I’ve got no doubt that the event will prove successful amongst a broad audience. Besides, despite all my gripes about themed cafes how can anyone resist a Pipimi made of corn resting on top of a pancake. Those interested in further details can check out Pop Team Epic’s official website.