It doesn’t seem too long ago that we were just reporting on the open beta happening for Konami’s home PC version of pop’n music, pop’n music Lively, on their Konami Amusement Game Station service. Then today out of nowhere, I see that the release version has come out, and contains over 200 songs. Then again, the company has been putting a lot of effort into expanding and further developing their PC BEMANI game offerings, so this is something that might be a little less of a surprise than I am thinking. So let’s take a look-see at what pop’n music Lively has to offer. 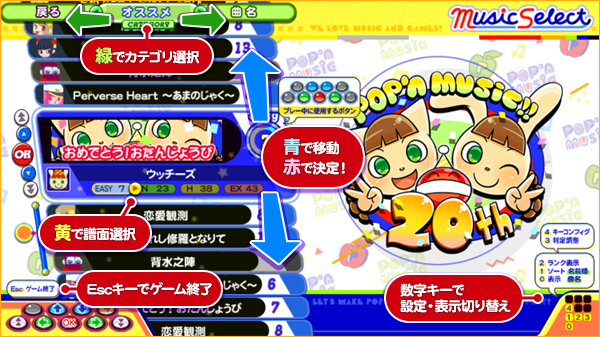 For starters, it’s using the same business model that beatmania IIDX INFINITAS is using which is a flat ¥1,628 (Approx. $15 USD), which gets you all of the 200 songs that are available (even if some have to be unlocked), as well as one or two new songs being added monthly, and over 300 characters to choose from. The song that was added this month is Ubertreffen, in case you were wondering. The game plays exactly how you would expect pop’n music to play, including the newer addition of hold notes.

Now I’m almost positive that you’re thinking the same thing that I did when I saw this, and that is “but there isn’t any PC pop’n music controller available from Konami.” Where this is a true statement, Konami did also announce on their Twitter that they’re in the process of developing a controller for pop’n music Lively, so that’s something to look forward to, and yet another thing that my wallet should be profusely crying over. 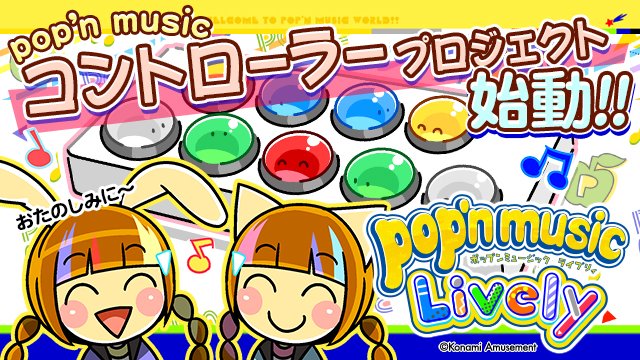 pop’n music Lively is available to download now and all you need to play is an active eAmusement account as well as the payment for the monthly service of ¥1,628 and you’re on your way.