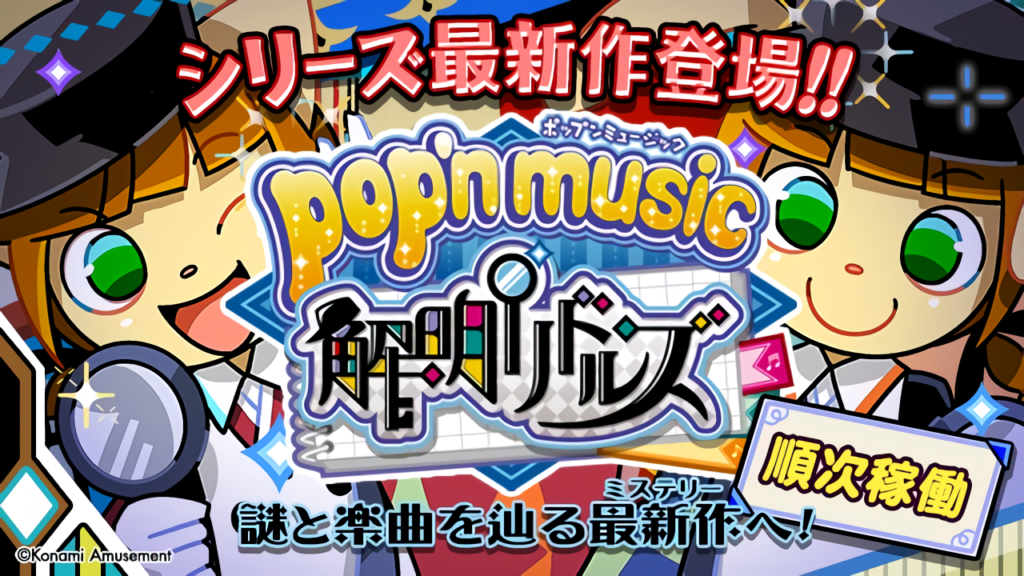 Well, would you look at that! Only a few hours after writing about Japanese arcade game distributor Bally Pond letting the cat out of the bag that KONAMI was planning to release a new pop’n music title, KONAMI has gone and made it official via their pop’n music Twitter profile. If I were a betting man, I would bet that KONAMI planned to release the information today and sent the information ahead of time to their distributors to prepare, but Bally Pond was a little too prepared to share the info they got. Best of all, the new version of pop’n music, pop’n music Kaimei Riddles launches tomorrow, 9 December 2020.

I can’t really express how happy I am that there is at least one more version of pop’n music on the standard style cabinets that have been around for years, as opposed to the cabinets that KONAMI showed off at JAEPO this past January. Man, I really disliked those machines. 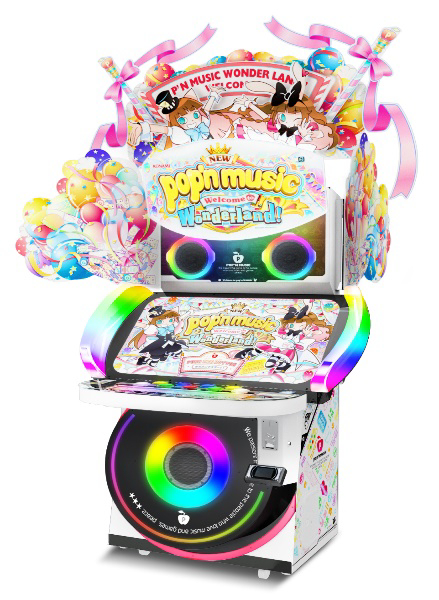 The theme this time around seems to put Mimi and Nyami in the role of detectives trying to unravel a series of riddles, hence the name 解明リドルズ(Kaimei Riddles), since kaimei means to solve or unravel. It will be interesting to see just how the theme of the series changes with this iteration of the game.

Pop’n music tends to have a really diverse song list when it comes to the genres of music that are used in the game, and I look forward to seeing the new songs that get added to Kaimei Riddles. I don’t think I’ve been this excited about a pop’n music release since pop’n music Lapistoria back in 2014. Who knows, maybe I’ll even start playing again. One thing is for sure, KONAMI still sees the life in the pop’n music franchise and will hopefully continue to keep putting some energy behind the product.