Konami has been on a roll with their Konami Amusement Game Station service recently: they added Guitar Freaks / DrumMania, pop’n music, and Nostalgia Op.3. Today they took to their official Twitter account to announce that they are starting up another controller production project, this time for a pop’n music Premium Model controller.

If you have been in the music game community for a while, Konami previously offered the pop’n music Arcade Style Controller that came out several years back. It works with the PC version of pop’n music with a PS2 converter, but it’s less than favorable. 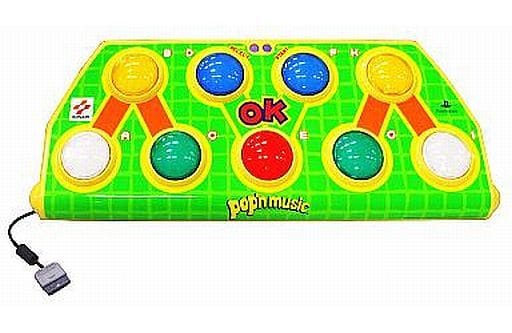 The newly announced pop’n music Premium Model Controller is completely redesigned and takes cues from the HD pop’n music cabinet that came to Japanese arcades years ago. Frankly, the design looks really nice. As expected, it has the full-size pop’n music buttons in a familiar layout with a super colorful design. One thing that really stands out to me though is just how thin the controller looks. I would be surprised if they weren’t using arcade spec buttons. The product page state they are using microswitches, but they are using rubber stoppers to give the controller a more quiet experience than the previous arcade style controller. They did not say if the buttons are arcade exact, but they did say that the buttons are similar enough to the arcade version that you can play both versions with no discrepancies. 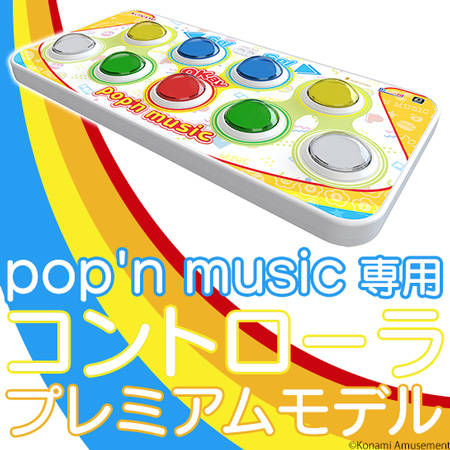 The pop’n music premium controller, set to release at the beginning of Summer 2021, is now available to preorder through KonamiStyle and costs ¥32,780. As with all KonamiStyle products, you will need to use a proxy or get a friend in Japan to place the order for you as they do not ship internationally.