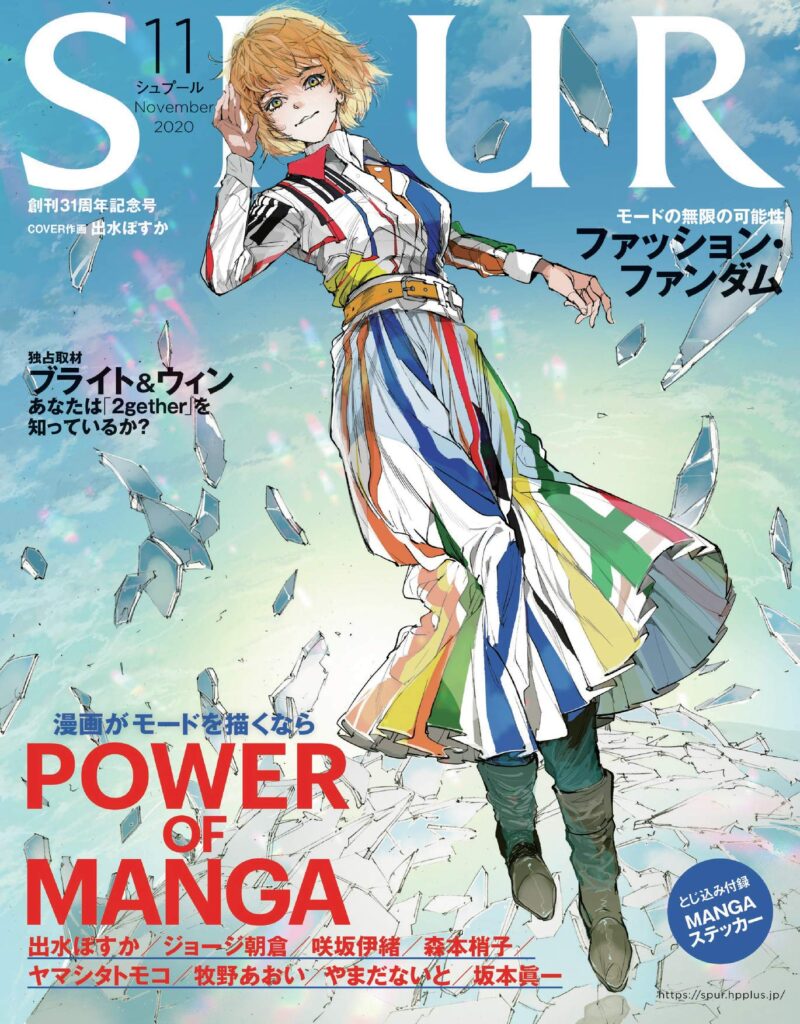 The Promised Neverland’s Posuka Demizu can now add “fashion magazine cover” to her list of accomplishments.

Artwork by the manga artist will be featured on the front cover of the November issue of SPUR Magazine.  The issue will be released on Wednesday, Sept. 23.

SPUR is a women’s fashion magazine. As you can imagine, it doesn’t usually have much to do with either anime or manga (or even cosplay).

However, it is published by Shueisha, the same company which produces Weekly Shonen Jump.

In any case, the Posuka Demiza SPUR Cover isn’t just some sort of crossover.

According to Amazon, the magazine picked the theme “fashion fandom” for November. The main feature for November is titled Power of Manga.

The cover is a collaboration between Demizu and Hermes.  According to reports, it features a woman literally breaking through a glass ceiling.

“I think I was able to express a woman who is mature and has energy, which I don’t usually draw much,” Demizu said, according to Natalie.mu.

This is not SPUR’s first experiment with manga.   Gucci collaborated with SPUR and Hirohiko Araki (creator of JoJo’s Bizarre Adventure) in 2011 and 2013.