Praise!: What’s The Deal With Boktai: The Sun Is in Your Hand? 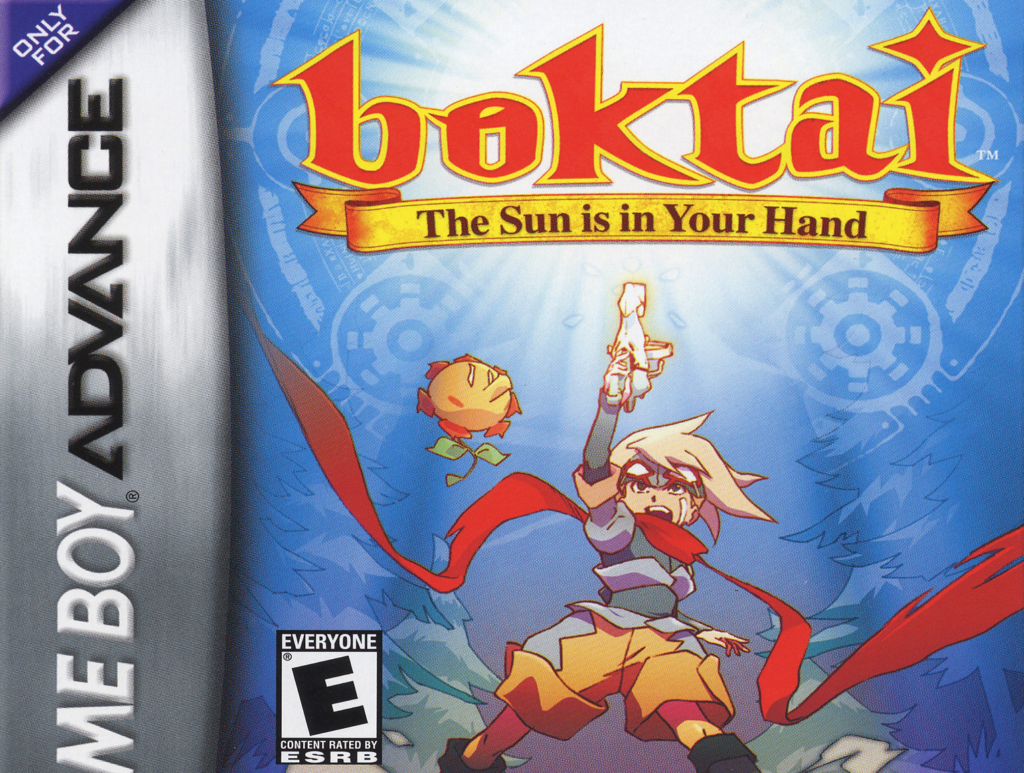 The video game industry has come a long way since the days of Pong.

A lot has changed since 1958, and yet, it isn’t as if people don’t enjoy the classics every now and then. In fact, I’d argue a fair number of video game-lovers long for the “arcade” aesthetic, pixel art and character designs, and simpler stories in 2020.

We, as people and players, often want what we don’t have, so I wonder if this desire is what drives the current wave of newfound nostalgia…

Or perhaps, we’re starting to see something else entirely in past gaming innovations.

While today’s releases are quite nice to look at, it’s hard to find the truly unique as profit is the goal for, well, most things. And to be fair, I don’t fault the video game industry for this. It’s hard making multimedia content, and for the sake of the larger whole, you have to at least break even per project.

And yes, there are exceptions to the rule, but raw creativity just seemed to flow and hit a bit different “back in the day.”

When you start any project with a clean slate, it feels as if everything’s on the table even if said thought is overwhelming.

As if anything and everything is possible.

The roots of memorable and successful games lie in navigating technical difficulties and pushing the limitations of the technology at the time.

I think games that can pull this off in a way that not only fits, but heightens their stories should receive the highest praise. With that said, a little action/adventure fantasy RPG by the name of Boktai: The Sun Is in Your Hand is very much one of these fascinating (and oft forgotten) cases in Game Boy Advance history. 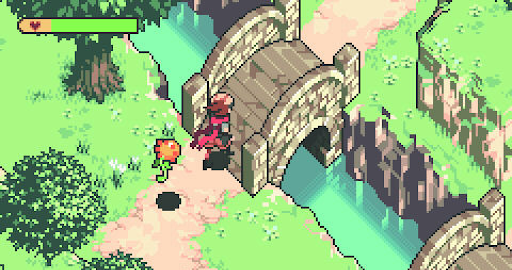 What Is Boktai: The Sun Is in Your Hand?

When I mentioned using specific technology to bring stories to life, I more or less meant gimmicks. The word “gimmick” may not have the best connotation, but this isn’t always indicative of quality or there lack of.

A solid hook, whether it be characters performed via motion-capture, motion-capture in general, voice recognition, or the speed at which a player makes choices, can bring in a potential crowd of new players.

The game Boktai: The Sun Is in Your Hand’s gimmick happens to be solar energy.

The action/adventure fantasy RPG was produced by Konami of Castlevania, Metal Gear, and Silent Hill fame in 2003. In a similar vein to Konami’s bigger names, Boktai deals in dark themes, monsters, and stealth.

The game’s cartridge was made with a light-sensitive sensor capable of measuring light exposure, a design choice that directly affects the protagonist and his quest.

Our story takes place in the dystopian city of San Miguel in which undead roam free due to the cycle of life and death being twisted by a curse. This curse, as well as a horde of monsters, called the “Immortals,” threaten to extinguish what remains of the city, but a la the shounen genre, a lone hero stands in their way.

This hero, a boy named Django, comes from a lineage of vampire hunters and wields a solar-powered weapon with which to slay those responsible for his father’s demise, the one, the only, the Gun Del Sol (a literal “Gun of the Sun”).

This is when the cartridge’s sensor comes in.

Django’s Gun Del Sol can only be charged via sunlight; the more light stored, the more damage the weapon deals. In addition, objects such as the Solar Tree can be cured of the Immortals’ darkness with the Gun Del Sol.

Should the player choose to play at night or run out of sunlight, they must rely on stealth rather than strength to keep Django alive.

Like most RPGs, Boktai can be set up to run in real-time so as to take advantage of the day. This is also a huge plus when facing vampires, considered a separate species from the incorporeal Immortals, as they are weak to the sun.

Upon seeing Boktai for the first time, I was pleasantly surprised by Django’s design and the game’s overall gimmick. Django looks more fit for a mecha or tournament-centered shounen, but it isn’t as if he doesn’t belong to the world; his bright colors as well as his flashy goggles and long scarf are a welcome sight in the near-ghost city of San Miguel.

As for the gimmick, I just think it’s neat. It’s a mechanic that gives the simple story a bit more punch. 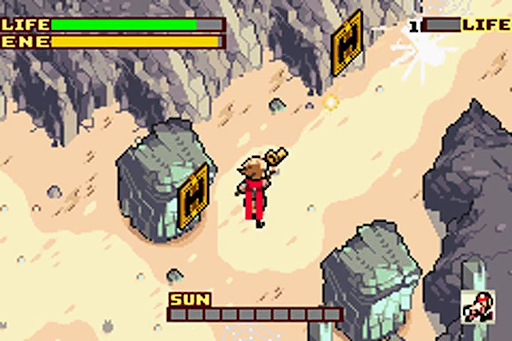 What Is Boktai 2: Solar Boy Django and Lunar Knights?

The Boktai name isn’t widely known in the United States, but the first game did perform well enough to warrant three sequels.

Boktai 2: Solar Boy Django (2004) grants Django with a new weapon in the form of the Sol de Vice (the “Solar Glove”) as the Gun Del Sol is stolen by a vampire. As he makes his way through various battles and puzzles, Django can convert money and forge more powerful tools via sunlight.

There are also several challenges and side missions featuring other Konami characters, but what drew my attention the most was the multiple endings depending on how many times the player beat the game. I like me some bad endings.

This really plays into the games’ shared theme of balance, dark and light, good vs. evil as well.

Lunar Knights (2006) is the fourth game in the franchise, not the third, as the latter will require more explaining.

Lunar Knights is a spin-off that includes similar narrative beats and vampires as Boktai did rather than being a true sequel, removing the light sensor due to complications. This spin-off follows two new characters in the form of hunter Lucian and sharpshooter Aaron as they attempt to uncover the Immortals’ ultimate plan for earth.

Unfortunately, the third entry in the Boktai series was never released in English (2005).

Boktai 3: Sabata’s Counterattack starts with an imprisoned Django as he prepares for a final showdown with the Immortals seeking to revive an ancient evil. The titular Sabata is an anti-hero and rival of sorts introduced in Boktai 2: Solar Boy Django who harbors an unexpected tie to our hero and is front and center in Sabata’s Counterattack.

The guy also bears an odd resemblance to Lucian (who bore the name “Sabata” in the Japanese version of Lunar Knights).

In terms of gameplay, this entry implemented the Trance Gauge mechanic which grants Django two distinct transformations, a mechanic that returned in Lunar Knights.