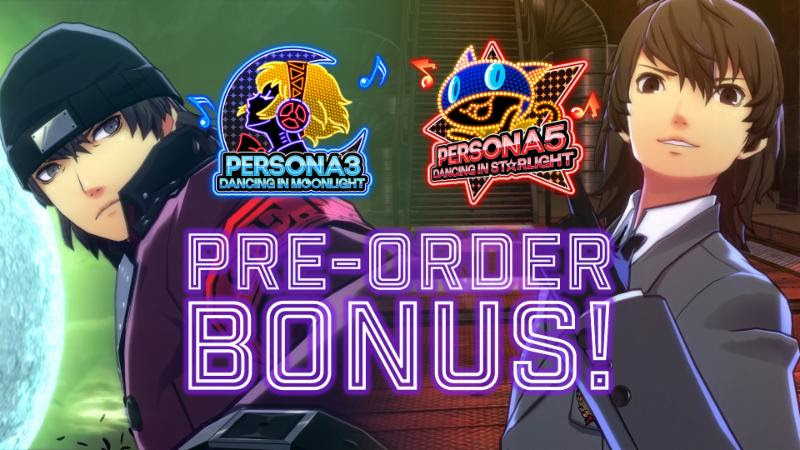 Persona 3: Dancing in Moonlight and Persona 5: Dancing in Starlight are launching on December 4, 2018! And good news for those who pre-order either (or both!) of the Day One editions: each features a fan-favorite Persona character you can add to your dance roster, along with their exclusive tracks! Check out the pre-order bonus trailer 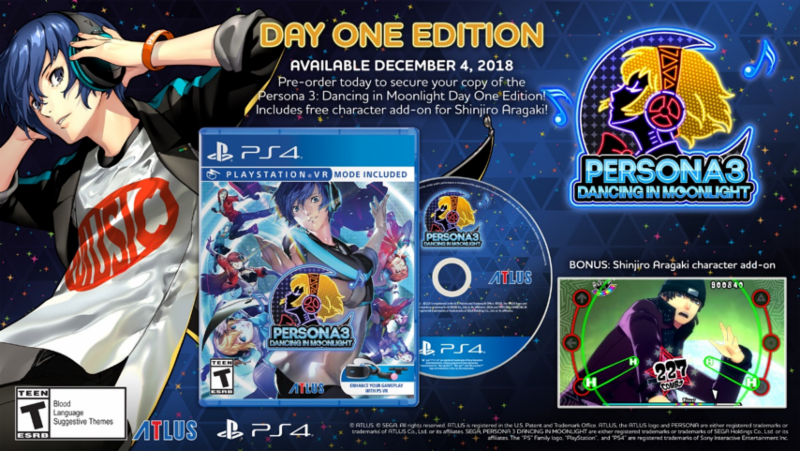 Day One Editions of Persona 3: Dancing in Moonlight come with the gruff SEES member with a heart of gold, Shinjiro Aragaki*! Shinjiro comes with the final boss theme of Persona 3 – Battle Hymn of the Soul. 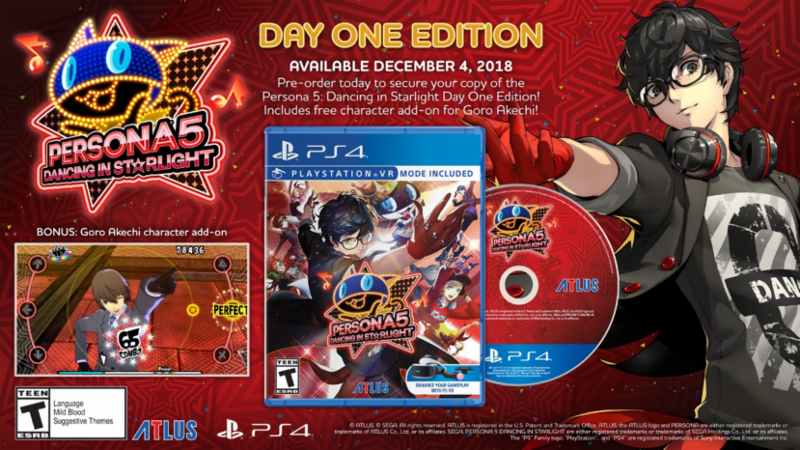 Day One Editions of the Persona Dancing: Endless Night Collection for PS4 will include both Shinjiro and Akechi!
PS Vita Version
Since the PS Vita versions of P3D/P5D and the bundle are digital-only and have no pre-order period, Vita players will be entitled to Shinjiro Aragaki (with Persona 3: Dancing in the Moonlight) and Goro Akechi (with Persona 5: Dancing in the Starlight) for free with purchase of the games within 2 weeks of their launch on December 4, 2018!
*Both Shinjiro and Akechi, as well as their respective tracks, are available for use in both P3D and P5D.
Bundles are priced at $69.99, $99.99 (PS Vita | PS4) and are available on December 4, 2018. Persona 3: Dancing in Moonlight and Persona 5: Dancing in Starlight will be available standalone for $39.99, $59.99 each (PS Vita | PS4), with commensurate European pricing.
PersonaPlayStation 4PlayStation VitaPSN
Join Our Discussions on Discord
Join Now