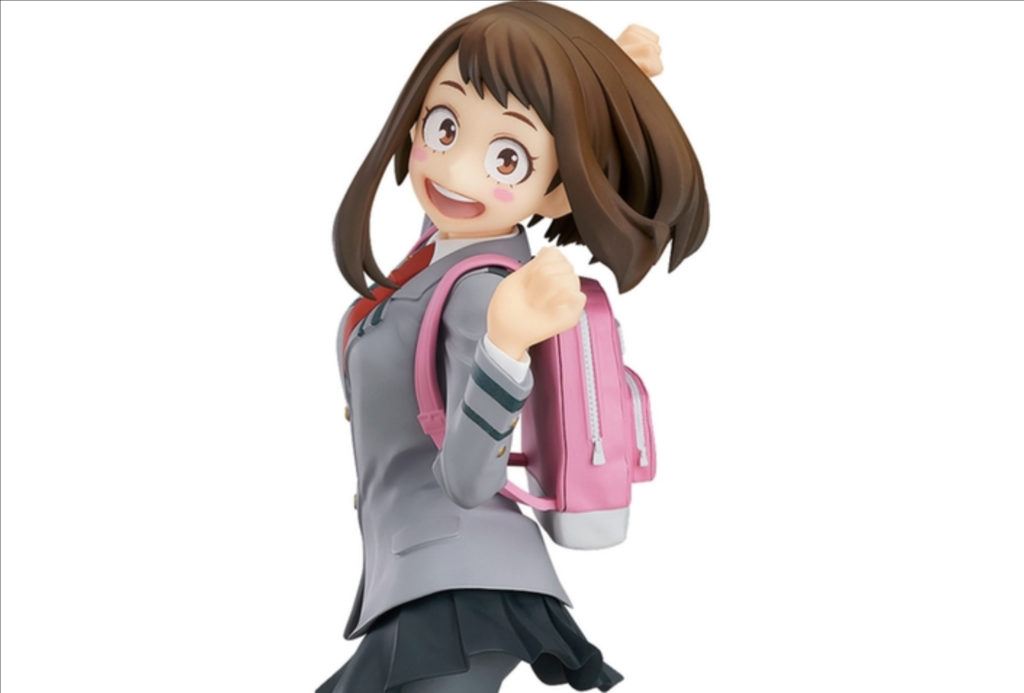 With the enduring popularity the My Hero Academia series is able to command, it’s perhaps no surprise that figures based on the franchise are almost constantly being produced. Whether it’s a Bakugo figma or a Todoroki Nendoroid, you aren’t struggling to find a figure for your favorite character, especially if they’re a part of the main cast. The latest figures announced based upon the My Hero Academia series are a pair of Pop-Up Parade figures from Goodsmile Company for Todoroki and Uraraka.

These new figures, featuring the pair in their school uniforms, are the latest in a series which has already seen the announcement of figures for Deku and Bakugo (both scheduled for a release in July). These 17cm and 15cm non-posable figures portray the characters in their casual school commute, capturing Todoroki’s calm-collected demeanor as well as Uraraka’s bubbly, outgoing personality. With the figures mostly on the smaller side, and due to the figures being non-posable, more minor details are able to be sculpted, such as the details on Todoroki’s bag and the pleats in Uraraka’s skirt.

The Pop-Up Parade series from Good Smile are a newer figure series from Goodsmile Company. Figures in this series are not necessarily designed to scale, but are created with a focus on detail and sold for a lower price than standard figures at 3900yen. These new additions to the series are no different.

Pre-orders for the My Hero Academia Pop-Up Parade Todoroki and Uraraka figures are now open and run until June 24th on the Goodsmile website. Following the end of this pre-order period, the figures will be made available for release in October of this year. You can find links to the pre-order page for Todoroki here and for Uraraka here, while an overview of the Pop-Up Parade series can be found on the official landing page for the figure series.