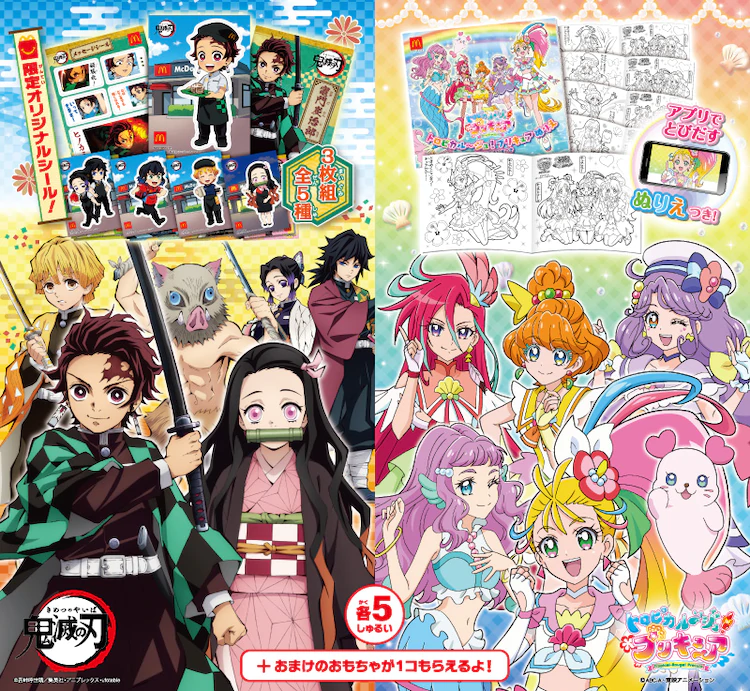 When it comes to fast food, I’m becoming more of a Burger King guy these days. I have been gobbling down its greasy kingly goodness all throughout COVID, almost to the point where my 2020 was, as David Foster Wallace once put it, the Year of the Whopper. I especially like all of its old-timey ads, specifically the one from 1989 that states ‘sometimes you gotta break the rules.’ Thirty-two years later and this mantra has found a new home at McDonald’s Japan.

Ronald McDonald-san has introduced his new line of Happy Meal toys, and the results are a bit surprising. First the non-surprising: the set of Tropical-Rouge! Pretty Cure coloring books. These innocent little books contain the anime’s characters with various McDonald’s menu items, and a smartphone-adaptable page that lets the Pretty Cure girls pop out of the book for a quick photograph. Also included are brief bios and trivia quizzes regarding the characters. 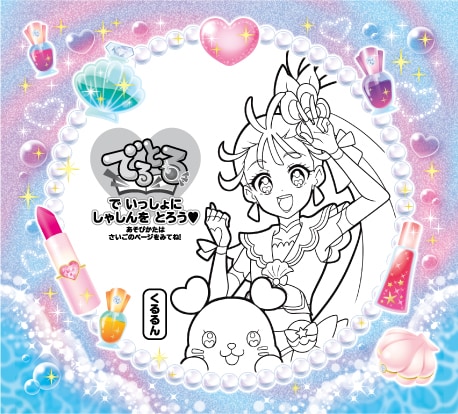 The real surprise comes in the Demon Slayer Happy Meal toys. You’d think a bloody, violent show about, well, slaying demons that received a TV-MA rating here in America wouldn’t make the cut (no pun intended). But once again, sometimes you gotta break the rules. This Demon Slayer line-up includes sticker sets featuring your favorite characters donning McDonald’s employee uniforms and serving up trays of burgers, fries, and even McCafe coffees for the parents who need a little caffeine boost. Stickers showcasing famous scenes from Demon Slayer are thrown into the mix as well. 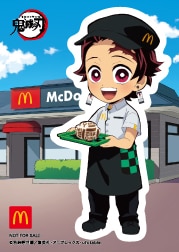 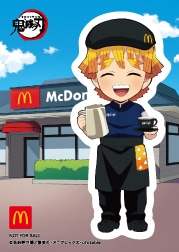 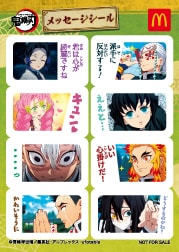 Theoretically, I shouldn’t be surprised that Demon Slayer is getting the Happy Meal treatment. After all, kids love Demon Slayer in Japan, as evidenced by how Tanjiro topped a character popularity poll by elementary schoolers back in December. And I’m sure their love for Tanjiro and company will grow even more now that they can enjoy his stickers along with their Big Macs and golden-hot french fries. With this new entry into the Demon Slayer merchandise universe, the bloody, grisly, occasionally horror-inducing anime becomes, as our dear video editor Canipa has put it, officially a kodomuke anime.

You can expect these Happy Meals to hit McDonald’s Japan nationwide on 5 March. Get them while you can though; these things will run for a limited time only.