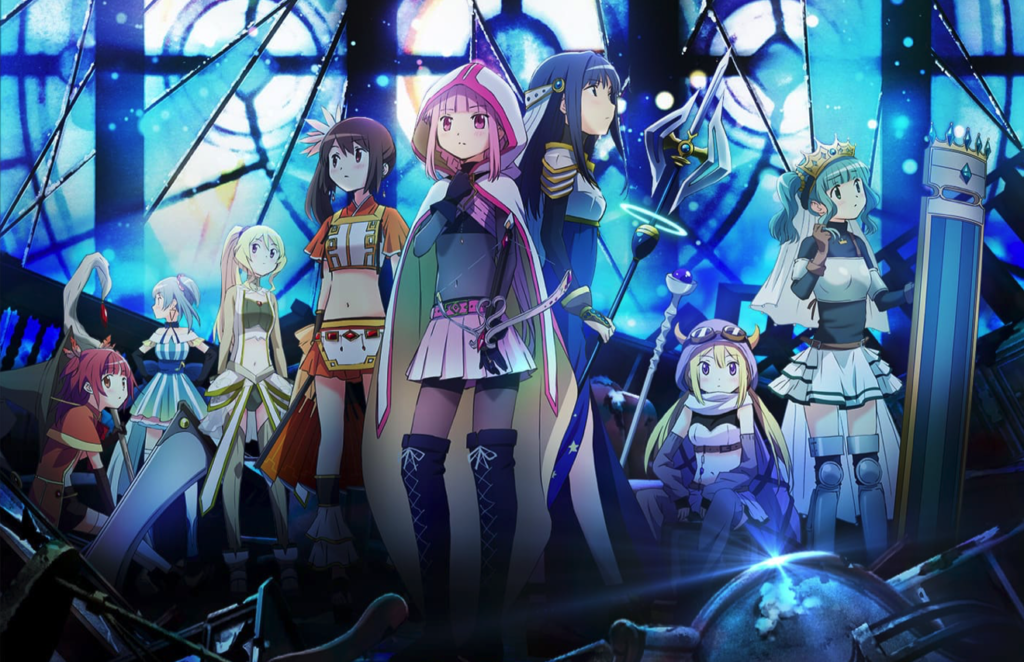 One decade is over, and a new one begins. The beginning of the 2010s was dominated by the overwhelming success of Puella Magi Madoka Magica, the SHAFT original anime project which tore down preconceived notions about what a magical girl anime could be. The series was a cultural behemoth and a massive success from the moment it began airing. Movie retellings and spin-offs followed including Magia Record: Puella Magi Madoka Magica, a mobile game spin-off that is being adapted into an anime this season.

What is Puella Magi Madoka Magica, though, and why should long-time fans and curious outsiders be interested in the upcoming Magia Record anime adaptation? Well, Madoka is a series that revitalized the popularity of an entire genre and reinvigorated excitement within a public which had unfairly scorned it, and Magia Record could be set to achieve this all over again.

Why Was the Original Puella Magi Madoka Magica Series so Successful? 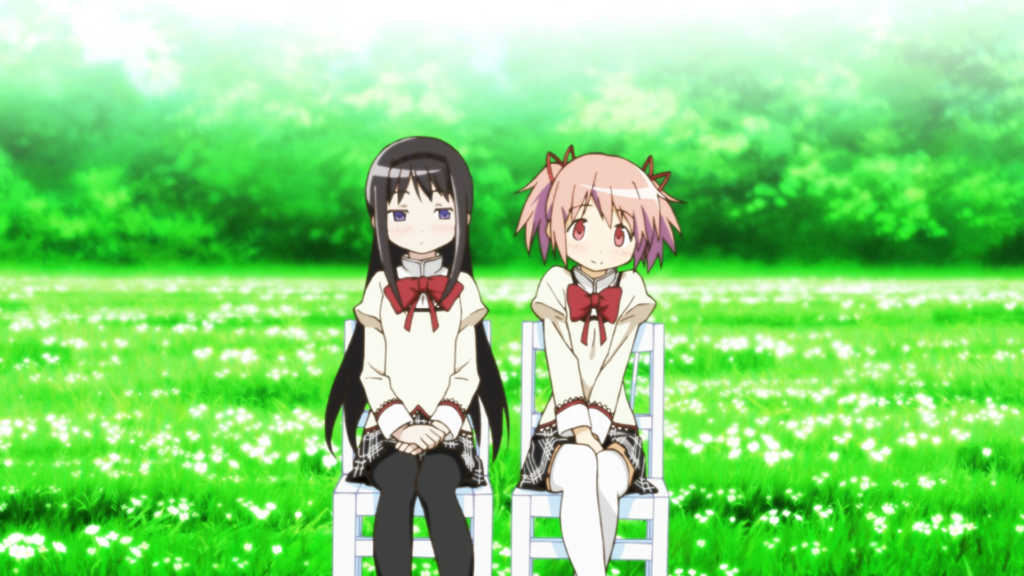 Often the original Madoka Magica TV series is seen as a revolutionary piece of genre deconstruction, disregarding common hallmarks of the genre in its attempts to tell a story that was new and unique. While the story certainly surprised many, taking a more mature and dark tone to what many had expected from a genre they were unfamiliar with, to say it was a deconstruction would be misleading.

Puella Magi Madoka Magica was a 2011 original anime production from a SHAFT studio reaching their creative peak. Fresh off the success of Bakemonogatari in 2009, SHAFT brought in outside creatives such as Gen Urobuchi, who worked on series composition and script, alongside Gekidan Inu Curry, to work with some of SHAFT’s most talented staff, such as producer Iwakami Atsuhiro and director Akiyuki Shinbo.

The series follows 14-year old Madoka Kaname after she comes into contact with Kyubey, a magical creature who tells Madoka and her friend Sayaka Miki they can grant any wish for them, provided they sign a contract to risk their lives in order to fight witches. These witches feed on the negative energy and despair within humanity. As they become entrapped in this dangerous world invisible to most, they meet Mami Tomoe, a selfless magical girl who befriends them and encourages them to help, Kyoko Sakura, an outsider, as well as the mysterious Homura Akemi, who is trying to do everything possible to stop Madoka from signing the contract. 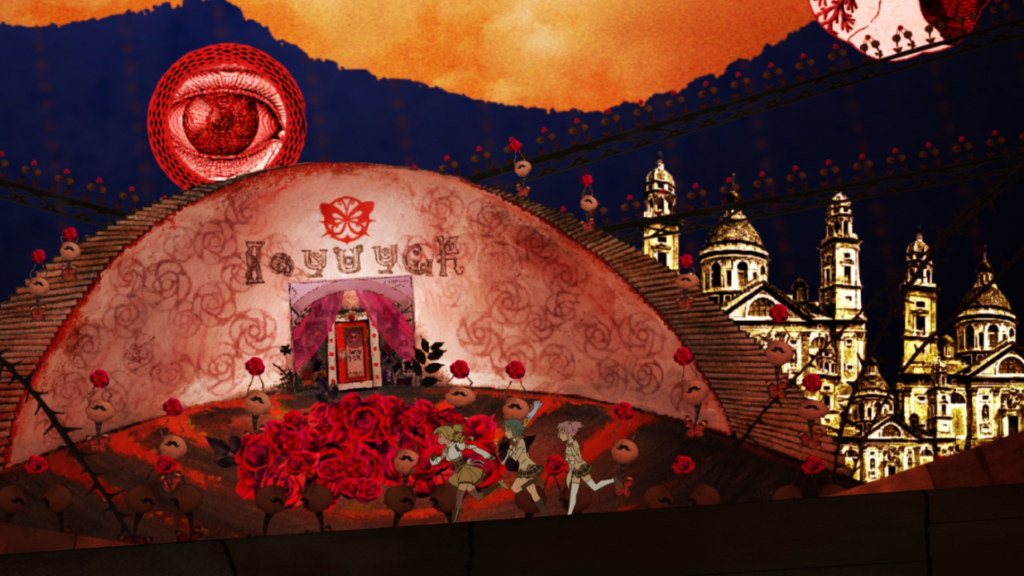 This synopsis perhaps makes the reasoning why I personally find the label of ‘deconstruction’ commonly associated with the series is misleading. Despite the surprise at the more mature direction the series took being a factor in its success, the thematic core of the show stuck very close to the central ideas the genre had built itself upon for decades. Magical girls are empowering and inspiring figures which instill hope and salvation into both the characters of the worlds they inhabit and the audiences who watch on from a distance, and much of the series acts as a deeper discussion of these core ideals.

Without hope, a person can fall into despair, depression, which in this world manifests as witches. Salvation can often be a double-edged sword, where even success can bring about an even worse situation as a direct result of this. If magical girls have always been a representation of hope and salvation themselves, where do they themselves find hope and salvation without such figures to turn to and look towards? They find it in each other, their work; they find it in the people they love. Yet their entire mission to protect others can just as easily take these things away from them. This is the idea which the series primarily explores to such spectacular effect, in particular through the characters of Madoka and Homura. 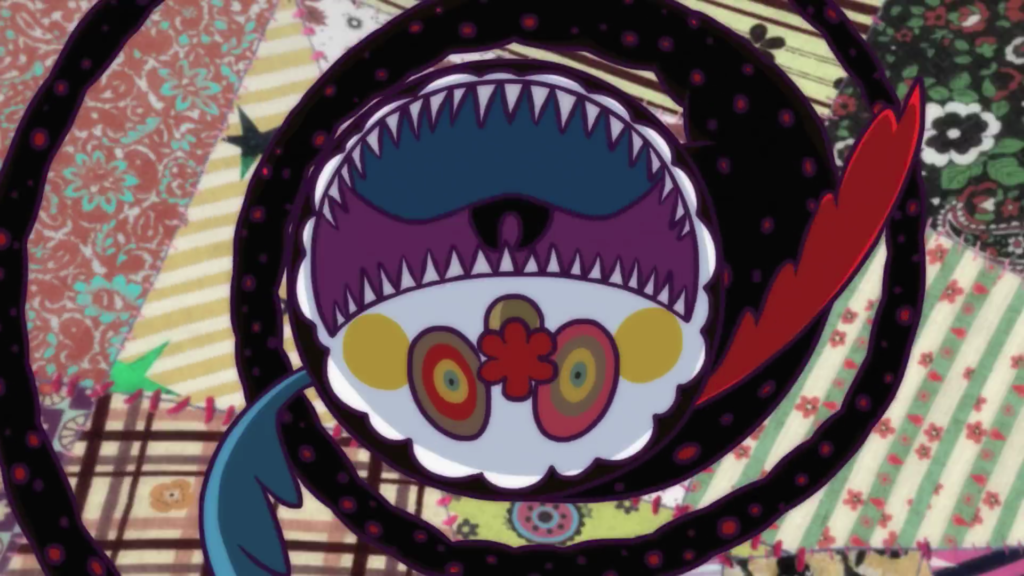 Madoka Magica was a success not because it revolutionized a genre but because it told a unique story within it that challenged preconceived ideas and brought new people into a story otherwise scorned by many audiences. The series, alongside the film adaptation and continuation which followed, was well received at the time, and having recently rewatched them I would argue they are works which have only improved with age, deservedly placing this series as an all-time classic.

The release of the Madoka mobile game, Magia Record, is an admittedly weird turn for the series from an outsider’s perspective. Acting as a spin-off to the main series, this placed the heavier thematic ideas of the original series into a free-to-play gatcha mobile RPG.

Although the title holds a place as a spin-off to the original work, it still features the involvement of many of the people who made the original series a success in the first place. Ume Aoki returns to design the new characters, while animated transformation sequences featured within Magia Record were animated by SHAFT. Although some of the other more senior staff on the series did not return, some did contribute in an advisory role.

Magia Record: Puella Magi Madoka Magica is set in the city of Kamihama as various magical girls are drawn to the city with a promise that they can be saved if they visit the city. Iroha Tamaki is drawn to the city in a search for answers, unable to remember the wish she once made to become a magical girl and with a mysterious figure haunting her dreams. 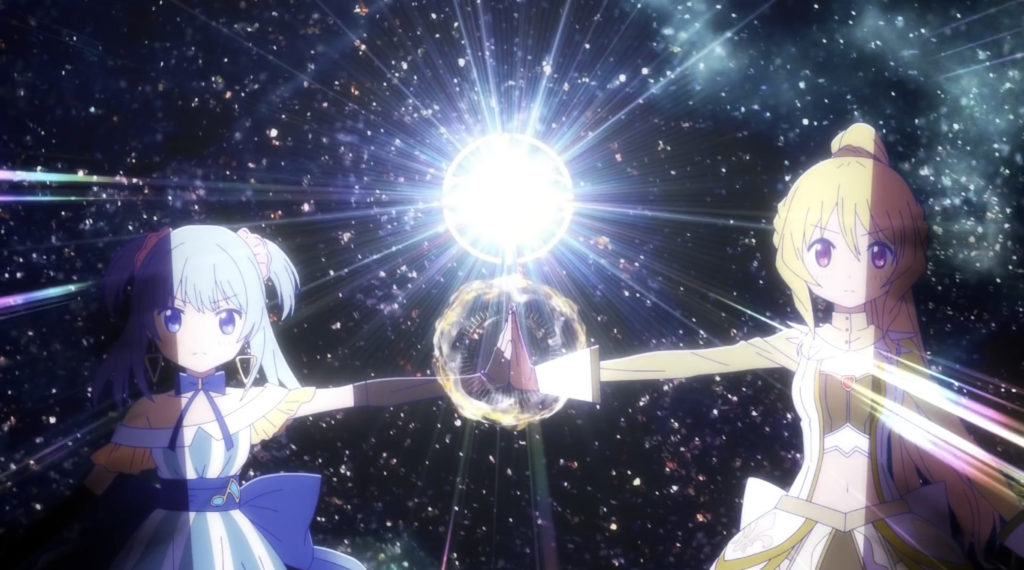 The game was a success, later receiving manga and stage play adaptations before the anime which is set to premiere this weekend. In order to help capture what made the original series special in the eyes of many, director of the original Madoka Magica series Akiyuki Shinbo has returned to act as animation supervisor on Magia Record, while Doroinu from Gekidan Inu Curry, the troupe who worked on production design and helped develop the surrealist witch sections of the original anime, will serve as overall director on the project. Yukihiro Miyamoto has also returned, serving as assistant director on this new series.

Many of the original team have moved on from SHAFT, however, with many having moved on to join other studios. In an article discussing the production of 2019’s Fire Force, kViN at Sakuga Blog made note that many of these creators left to join David Production. Magia Record is a take on the Madoka series by a fundamentally different SHAFT studio than existed when the original series was created. 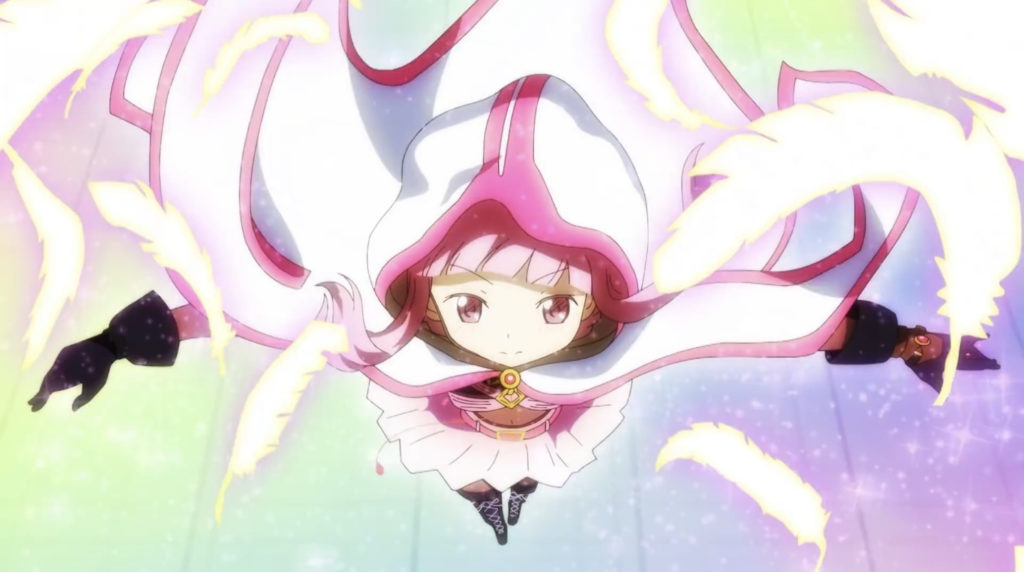 How the world will take to a brand-new Madoka story removed from the times in which the original series was so successful, especially without major figures from the original production such as Gen Urobuchi, composer Yuki Kajiura and original series art director Kunihiko Inaba, among others, remains to be seen.

Perhaps a different team being in charge is a good thing, though. Magia Record is its own story even if it does feature some of the original characters, and seeing different creators stamp their own authority onto a series such as Madoka should be considered a good thing. Trailers for the series look promising, with strong animation and music, so there is hope that the series proves to be a worthy companion to the seminal work. The game’s story is also well-regarded by fans, something that many are hoping will make the leap to TV effectively.

With a new team at the helm, Madoka Magica returns this weekend with the premiere of Magia Record. Whether this new series captures what made the series such a phenomenon 9 years ago is something we’ll soon find out.

Magia Record: Puella Magi Madoka Magica Side Story will be simulcast on Funimation from January 4th, and will be made available one week later on Crunchyroll and HiDive from January 11th.