The second of six Princess Principal: Crown Handler anime films will arrive in fall. The first film in the sextet, a sequel to the 2017 Princess Principal steampunk TV anime series, started screening in Japan on Thursday.

The series tells the story of female spies in an alternate universe version of London. Yes, as the name implies, one of the spies is in fact a real princess. The plot revolves around a revolution and the royal family.

Here’s a promo video for the first film from last year:

British settings and steampunk always make for an appealing combination, and the undercover spies’ outfits are great as well. They are also selling exclusive merch at the movie theaters. This includes the usual stuff such as posters, keychains, buttons, acrylic stands, and T-shirts. But they will also have mugs, pens, face towels, coasters, and (my favorite) a music box, while supplies last. The music box will play ‘Nowhere Land’, the ending theme for the Princess Principal film. 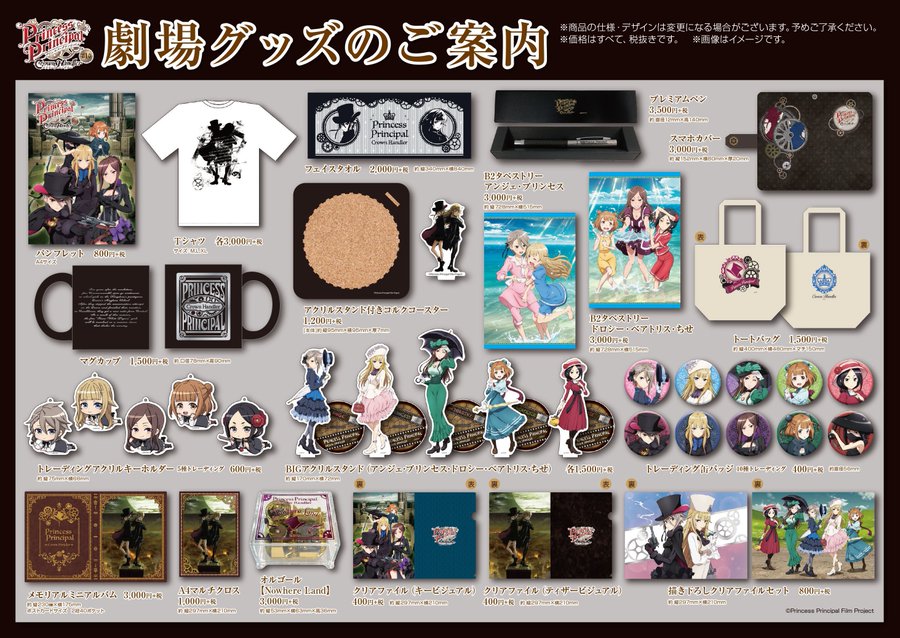 Incidentally, the anime is one of those rare series which didn’t come from a manga or a light novel, but went directly to either OVA or TV animation. The list is short, but includes such classics as FLCL, Tenchi Muyo! and Cowboy Bebop.

You can find the website for the Princess Principal anime films here.