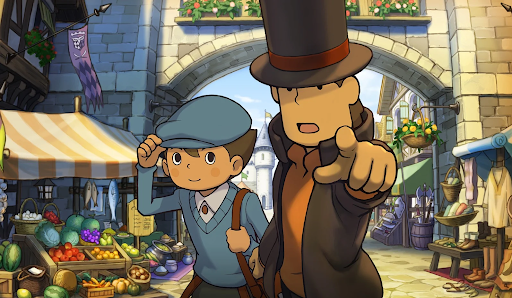 What Is Professor Layton?

Professor Layton is a popular series of handheld adventure puzzle video games released by Level-5 in 2007 in Japan. Like its contemporaries, the equally popular Phoenix Wright: Ace Attorney visual novel puzzle video game franchise, the player is led through a story in which they have to solve logic, math, and other kinds of puzzles to progress in the story.

There are currently nine games to date since its debut. It’s previously been available on the Nintendo DS, Nintendo 3DS, Android, iOS, and the Nintendo Switch. It has also spawned several spinoffs and adaptations – movies, manga, novels, and more.

The Professor Layton series has been generally successful in the UK, the US, and Japan.

The first installation in the series, Professor Layton and the Curious Village, hit the Nintendo DS in February 2007, later localized in 2008. The plot of the video game consists of the Professor and Luke investigating St. Mystere, a curious town made up of puzzle lovers, in search of the Golden Apple heirloom. The game was well-received in Japan, the United States, and the United Kingdom.

The next installment, Professor Layton and the Diabolical Box, released for the DS in Japan in November 2007 and then localized in 2009, did even better with players, widely considered having improved since the first installment.

Professor Layton and the Unwound Future, the third game in the series and final part of the original trilogy, was released for the DS in Japan on 27 November 2008, and localized in 2010, and was the last chronological appearance of the Professor Layton himself.

How Do You Play Professor Layton?

The games consist of a combination of guided world exploration, visual novel elements such as different dialogue choices (no multiple endings or anything like that, though) and animated cutscenes, and of course, puzzles. Lots and lots of puzzles. The puzzles rank differently in terms of difficulty, marked in units called ‘picarats.’ 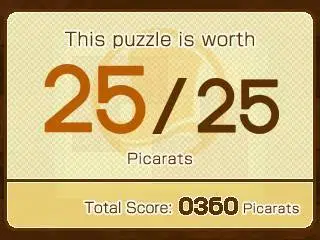 The higher the picarat value, the more difficult the puzzle. Players can earn and trade up to three hint coins for – you guessed it – hints to solve the puzzles, but this lowers the potential picarat earnings.

A certain number of picarats is required to progress in the story at points, so it’s best to be judicious with hint coin usage. Getting the answer wrong will also decrease the picarat value, so choose your battles and really stretch your brain!

The puzzles themselves vary, ranging from logic-based to visual puzzles, math-based (admittedly my least favorite), lateral-thinking, sliding puzzles and more. Some puzzles are timed, but most are not. The game also has a helpful built-in ‘memo’ function that allows players to take notes on the puzzle as they chew on it and figure it out. 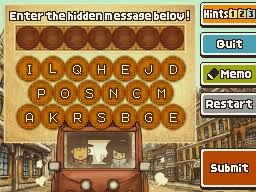 There are also mini-game brain teasers the player can work on while taking a break from the main story, such as getting a train from point A to point B while hitting all the stations and/or maneuvering around other trains in Professor Layton: The Last Specter. 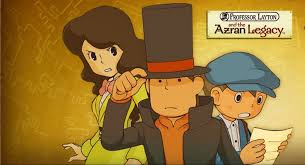 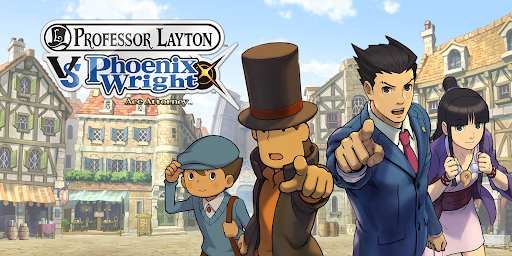 In this ambitious crossover, Professor Layton and Luke team up with Phoenix Wright and his assistant Maya Fey, who are in town in London for a spell, to solve the mystery behind a woman’s arrest and suspected involvement with illegal activity.

Mechanics from both games can combine in interesting ways; hint coins from Professor Layton can be used in Ace Attorney cross-examinations, for example. The player can also earn picarats from leftover strikes from the trial segments. 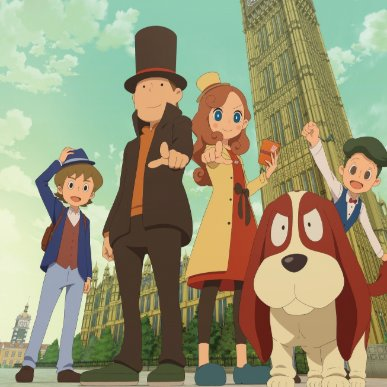 Professor Layton isn’t wasting time dawdling behind: a Nintendo Switch version featuring his daughter Katrielle was released in the US and UK in November 2019. Layton’s Mystery Journey: Katrielle and the Millionaires’ Conspiracy follows Katrielle Layton and her assistant Ernest Greeves with a cute puppy sidekick whose thoughts they can somehow understand.

It’s not centered around one story as with previous Professor Layton games, but the puzzle-solving and mystery elements that brought the series fame are still present.

Professor Layton and the Diabolical Box’ Announced for Smartphones