Professor Layton and the Diabolical Box’ Announced for Smartphones 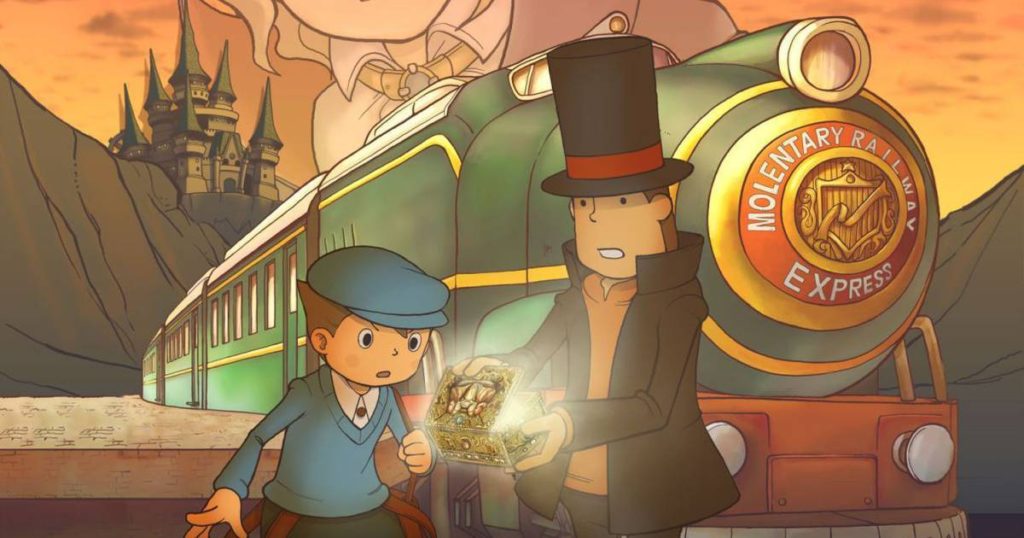 Over the years since the series debuted in Japan, the series has seen the successful release of 6 mainline games featuring the titular character released on Nintendo DS and 3DS alongside a crossover game with Phoenix Wright, a mobile game titled Layton Brothers, a surprisingly-well-made film and, last year, a new spin-off title named Layton Mystery Journey: Katrielle and the Millionaire’s Conspiracy for 3DS and mobile which is currently receiving an anime adaptation.

Due to these games only being previously available on the now-discontinued Nintendo DS, many people no longer have a way to experience these older and well-loved games. With the gradual move to smartphones in the handheld market and the massive amount of people using such devices every day, these new versions of these classic games give many people a chance to discover these titles for the very first time in an updated form.

This new updated version of the second game in the Professor Layton franchise is set for a release on an unspecified date in December for the price of 1200 yen. Although an international release is currently unannounced for this game, the mobile port of Professor Layton and the Curious Village did release in English worldwide a few months after its Japanese counterpart, making it likely that a Western release will follow in early next year.

More Kemono Friends Is Coming, but Why Do We Have to Wait?