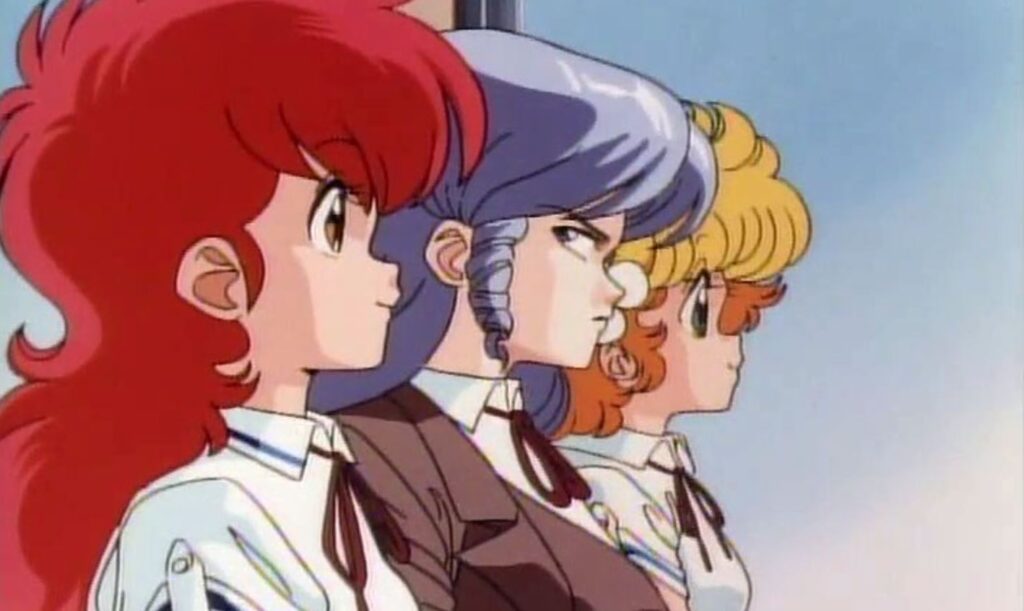 Project A-Ko is a real foundational anime around these parts. Perhaps the closest thing we ever got to a full-fledged Daicon III / Daicon IV anime, A-Ko delighted the real old head fan community with its abundant charm and punchy satire. You’d never know it was originally conceived as a spin-off to some old H material.

Despite being a cult classic now, it was never a huge piece of history in Japan and thus, much of its materials have been lost over the years. Once thought not possible, new technologies are allowing the beloved US-based licensor Discotek Media to create a Project A-ko Blu-ray via in house restoration. 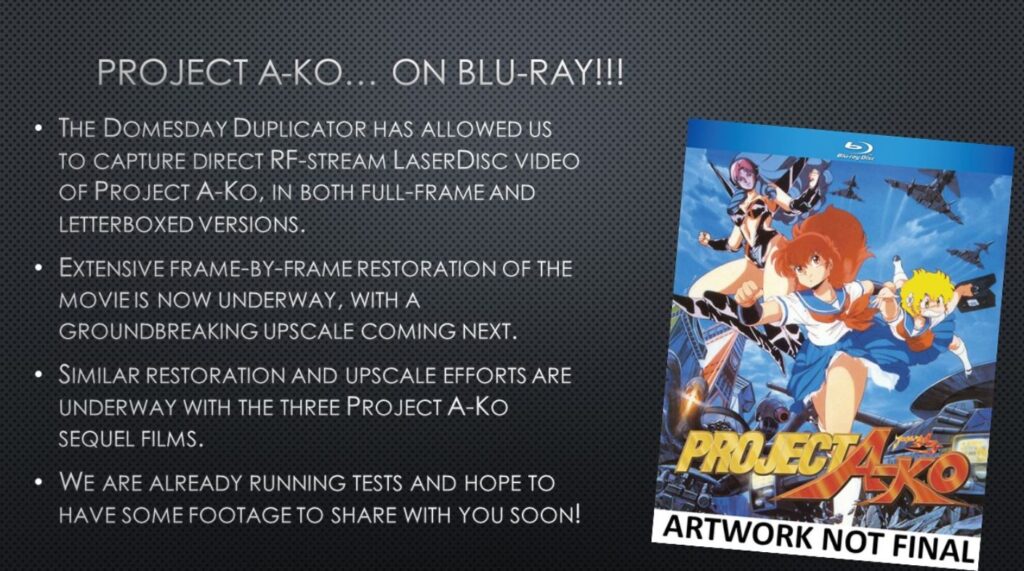 Using something called the ‘Domesday Duplicator’ to lift images off Project A-Ko’s original LaserDisc in tandem with an in-depth frame by frame restoration topped off with quality up-scaling, Discotek Media is once again doing the impossible by releasing a Project A-Ko Blu-ray.

Additionally, they’ve announced that restoration work on A-Ko’s various sequels has also already started meaning we’ll probably see Blu-rays for A-Ko 2, 3, and 4 as well. Discotek is known for their high-quality releases, packed with as many extras as humanly possible, so there’s a reason to not just stream this one.

Many of us had hoped for something like this, seeing as A-ko’s original filmstrips are likely lost in time, but we’re surprised it’s finally happening. A true love letter to the anime of its era without coming across as simple parody, there’s a reason Project A-Ko has endured in the hearts of fans for over 30 years despite not being a ‘Dragon Ball’ type legacy show. Now that a Project A-Ko Blu-ray is set for release, we hope new audiences will come to this title as we once did; Holding onto a love for animated media and with stars in our eyes.

The Project A-Ko Blu-ray by Discotek Media will release sometime next year.