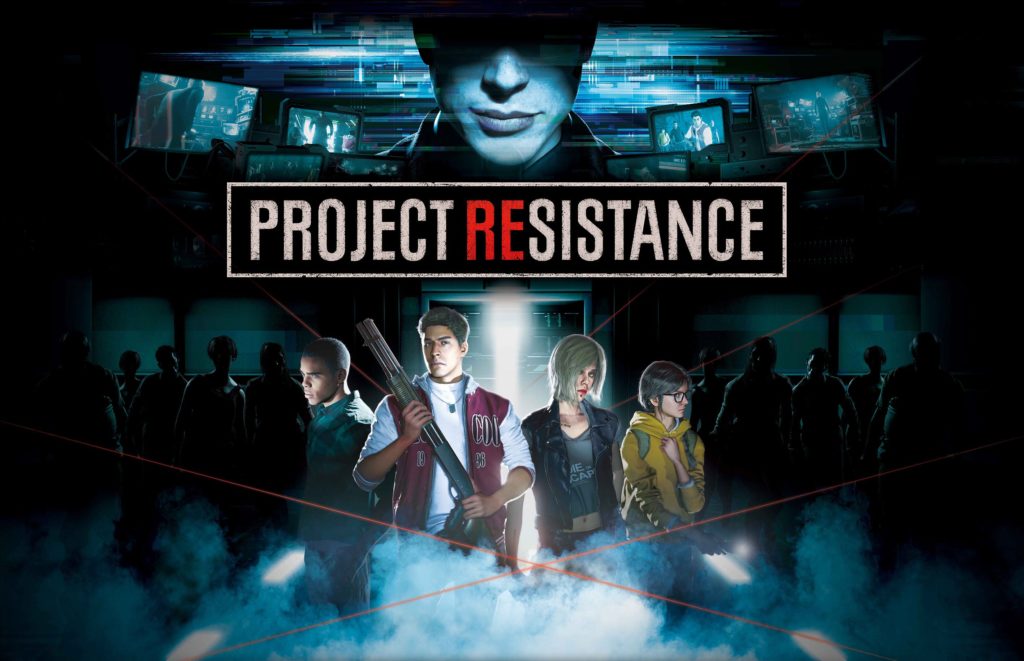 The unexpected announcement of Project Resistance in the weeks leading up to Tokyo Games Show this year certainly made it one of the most intriguing titles on display at this year’s event, especially since it was also set to receive its first playable demo at Capcom’s booth. Perhaps unsurprisingly, the game had the biggest presence at the booth alongside Monster Hunter’s new Iceborne expansion, with an exterior of a metallic facility alongside a blocked-off entrance giving the game an ominous, mysterious presence when placed alongside the flashiness and bombast of many of the other booths at the event. Project Resistance is a spin-off title in the Resident Evil series, one which weathered a mixed critical reception on the previous generation of systems to become a critical and commercial darling by returning to the series’ roots in survival horror. That in turn makes this spin-off title a departure from the games that arguably made the series more popular than ever, with the game being promoted as a 4v1 Left 4 Dead-style co-op shooter that sees a group of survivors pitted against another player, known as the ‘Mastermind’, as they try to escape a facility in spite of the traps and zombies that are stood within them and their goal. It’s an interesting concept, and one which is new to the Resident Evil series up until this point, but having experienced the first playable demo for Project Resistance, the question is is it any good? Luckily, it is! 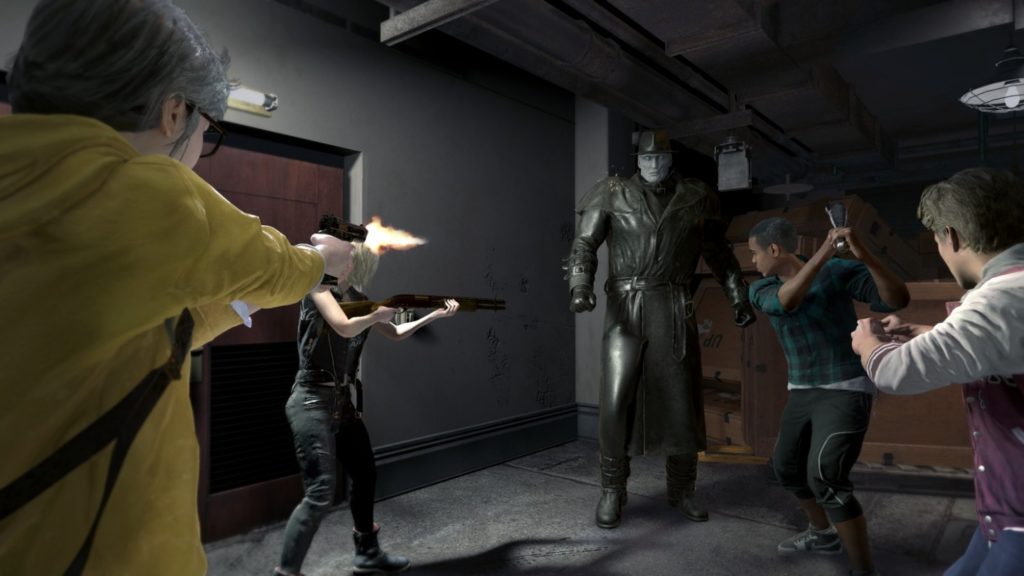 My time with Project Resistence began as we were allowed into the facility and shown the game’s trailer as an introduction to the concept of the game and how the game would be played. After being split into groups of 5, one being taken to a separate area away from the others in order to act as the Mastermind, we were given a brief tutorial and some time to familiarize ourselves with the game before being thrown into the action. While the game controls exactly how you’d expect a third person shooter to control with the series’ weighty traversal and limited supplies being factored in, other areas of the game are a bit different.

In each area you have to traverse through, your team will have a goal which they need to complete before they can escape. In the single map the Project Resistence demo allowed us to try out, this varied based on the area, with our map being split into three areas. The first area would require you to collect various pieces of a puzzle that needs to be completed before escape, such as collecting various pieces of a map. After that, the second area usually required you to find and bypass security locks, with the final area requiring the destruction of certain power cores within the facility before you were finally allowed to escape. Assisting this escape is the special ability of you and your companions, which varies based on your character. Valerie Harmon can heal people, for example, while January Van Sant can hack into devices such as CCTV cameras that will hinder the ability of the Mastermind to see what’s going on.

Speaking of the Mastermind, the simplest way to describe this mode is that it is your job to toy with the survivors and hinder their escape. Having been given a birds-eye view of the entire level via CCTV cameras, you can see where all enemies, zombies and traps are at any one time. Importantly, you can influence the game by placing more traps and zombies into the game and even becoming directly involved by firing weapons through CCTV cameras or by directly jumping into the action. There are limits to this, as each item is represented by a card that rotates out upon use randomly, while each card also has a value attached to it, in theory preventing you from putting everything down at once and making it almost impossible for players to progress.

Playing as either the survivor or the mastermind is a lot of fun. Both have their own unique play styles and tactical considerations need to come into play to know how to utilize each character’s unique traits (you don’t want to send Valerie in to eat damage from a bunch of zombies, for example), while communication is less of an advantage and more of a necessity because of how dynamically everything can change. This, factoring in the limited supplies strewn around each level, makes for an engaging, thoughtful and, provided enough maps and variety can be introduced into the final product, an endlessly replayable product. 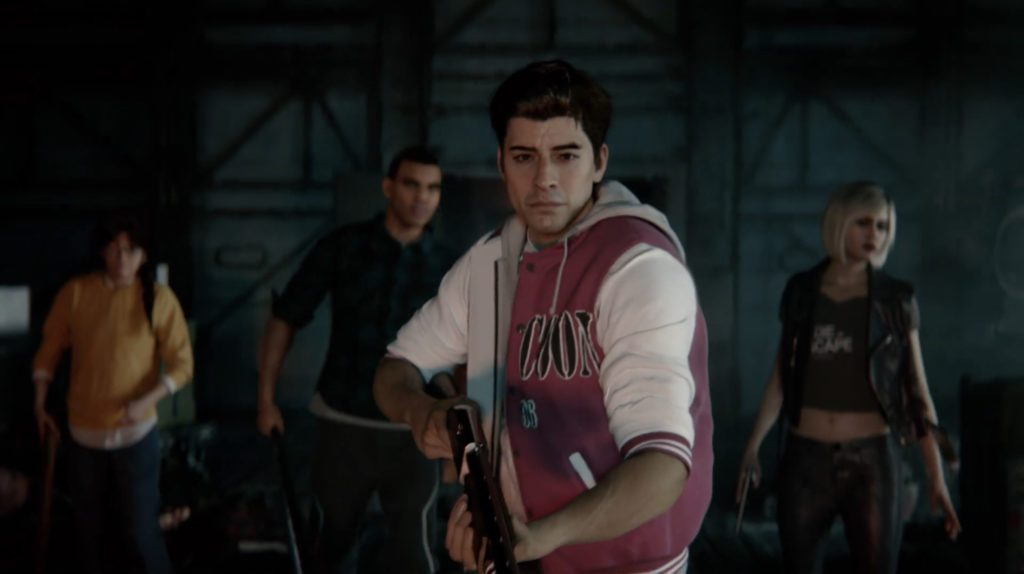 The only point of concern at this moment in time is a balancing one. As things stand, the entire game is very much weighted to the advantage of the Mastermind, to the point where, even when playing in that role, the mode can feel unfair. It’s incredibly easy to isolate and kill the survivors, to the point where I was deliberately not placing as many zombies as I could and putting the controller down in order to ensure the survivors could at least reach past the first area. The limits you theoretically have to stop this are too high at the moment and are rarely hit, allowing for an onslaught of obstacles to be placed in a very small area to impede progress, and the limited supplies only exacerbate the problem. With this being the core gimmick of Project Resistance, the final product will need to be better balanced than this demo otherwise the rest of the game, no matter how strong, will suffer.

I don’t worry about this too much, however. The game is still early into development with no release date, leaving plenty of time left for such balancing to occur, as well as for more content to be implemented on top of what the game currently has. More importantly at this moment in time, the core gameplay already feels solid and refined for both survivors and the Mastermind. With the suggestions in the demo of more, as well as more complex, maps being introduced on top of the capacity to customize the survivors’ abilities and even store customized decks suggesting that the final game will have lots of personalization and variety on offer, and I personally can’t wait to see how the final product shapes up.

With tweaking and balancing, Project Resistance, based just on this demo, already looks to be a welcome addition to Capcom’s impressive library of games released this generation, with plenty of time to build on the solid foundation that was showcased here in order to create a strong multiplayer experience for fans and non-fans of the horror franchise alike.

You can find out more about Project Resistance over on the game’s official website.