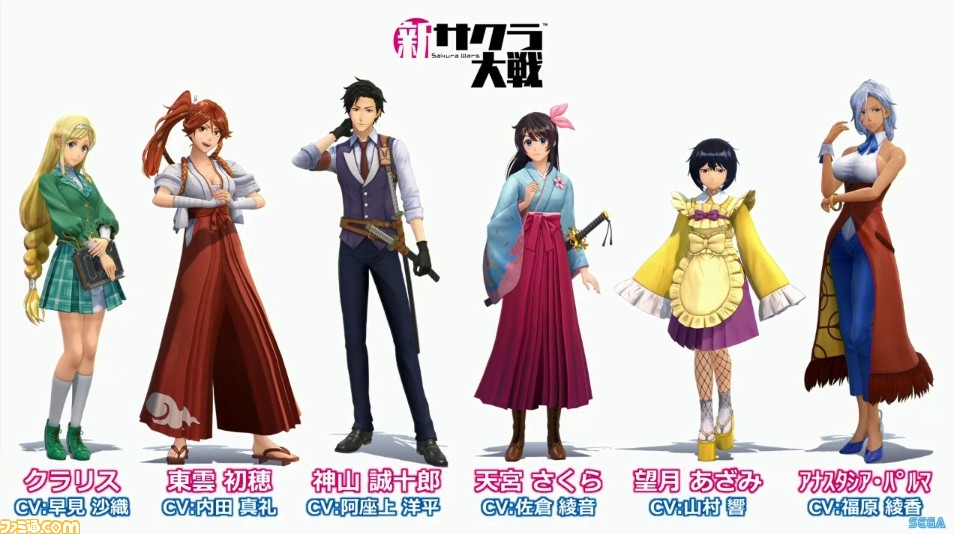 In a bit of surprising news coming out of Sega Fes 2019, a previously teased new Sakura Wars game was officially announced complete with a trailer and plenty of information. Using working titles Shin Sakura Wars in Japan and Project Sakura Wars for the West, already being confirmed for western released, the full title of the upcoming game will be revealed at a later date. Aside from some of the franchise characters partaking in the giant crossover Project X Zone games, the Sakura Wars franchise had been seemingly dead for well over ten years. Until now.

A unique combination of SRPG gameplay with a visual novel dating component, Sakura Wars was novel when series first released. You might be unfamiliar, considering its last game, Sakura Wars: So Long My Love, came out in 2005 in Japan. It was also the only game in the franchise to receive a western release, weirdly coming out on Nintendo Wii and Playstatsion 2 in 2010, 4 years after the PS3 released. While the rest of the games never made it stateside, the franchise’s various anime were released and rereleased by western distributors over the years. Sega seems to be pulling out the stops for Project Sakura Wars,though.

With a vague spring 2020 release window, we’ve got a while to wait for the game. Some of the names involved with Project Sakura Wars excite me for the series relaunch. The involvement of Bleach’s Tite Kubo is surprising but fits perfectly. He knows how to design stand out characters, giving Sakura Wars a needed fresh coat of paint. Jiro Ishii, who’s behind the story, work on Spike Chunsoft’s heavily plot intensive mysteries 999 and 428, both unrelated. It’s a very anime looking game to be sure but it just might have the right combination of elements to be a stand out experience.