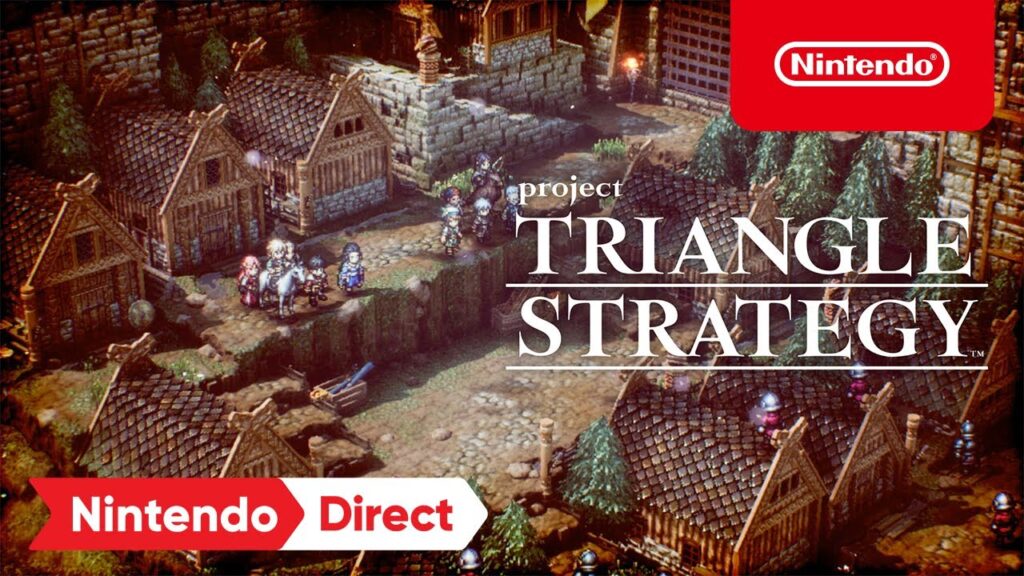 Square Enix have announced the latest title following Octopath Traveler and its mobile spin-off to take advantage of the unique HD-2D art style that game pioneered. During the February 2021 Nintendo Direct, it was announced that Project Triangle Strategy would be coming to Nintendo Switch in 2022, with a debut demo now available on the Nintendo eShop.

If Octopath Traveler was an attempt to reimagine the classic SNES JRPG, then Project Triangle Strategy (a temporary title subject to change) is a modern reimagining of Final Fantasy Tactics specifically.

The game takes place on the continent of Norzelia, consisting of the three kingdoms of Glenbrook, Aesfrost, and Hyzante. The land has limited deposits of salt and iron, resulting in a great conflict known as the Saltiron War. While the conflict has ceased with an uneasy truce, decades later the feud is reignited between the nations. To counter the rising tide for war, a small group from the Kingdom of Glenbrook fights to save their kingdom from the powers that would orchestrate their downfall.

The game plays in much the way you would expect a turn-based tactical RPG to play out, with a deep battle system comprised of multiple classes on a multi-terrain battlefield. The system promises to be deep, with the choice of weapon and altitude having vast outcomes on the battle. Follow-up flanking attacks can be completed by working together and magic can be used to change the environment. These are just some of the ways in which the players would be asked to consider the terrain and their comrades in order to deal maximum damage.

Alongside a deep battle system, the game promises a system of utility, morality, and liberty that dictates the choices you make as you progress. Conversations with NPCs will regularly require players to make choices that can influence relationships, while the Scales of Conviction will play a part in key decisions. Here, you need to use persuasion and the information you have collected to convince people to join your side in making key decisions that will have the greatest impact on the story. These decisions could result in experiences differing wildly from player to player.

A Special Pokémon Direct is Happening for Pokémon Day