Promare Review: Trigger Shine With Their Best Work to Date 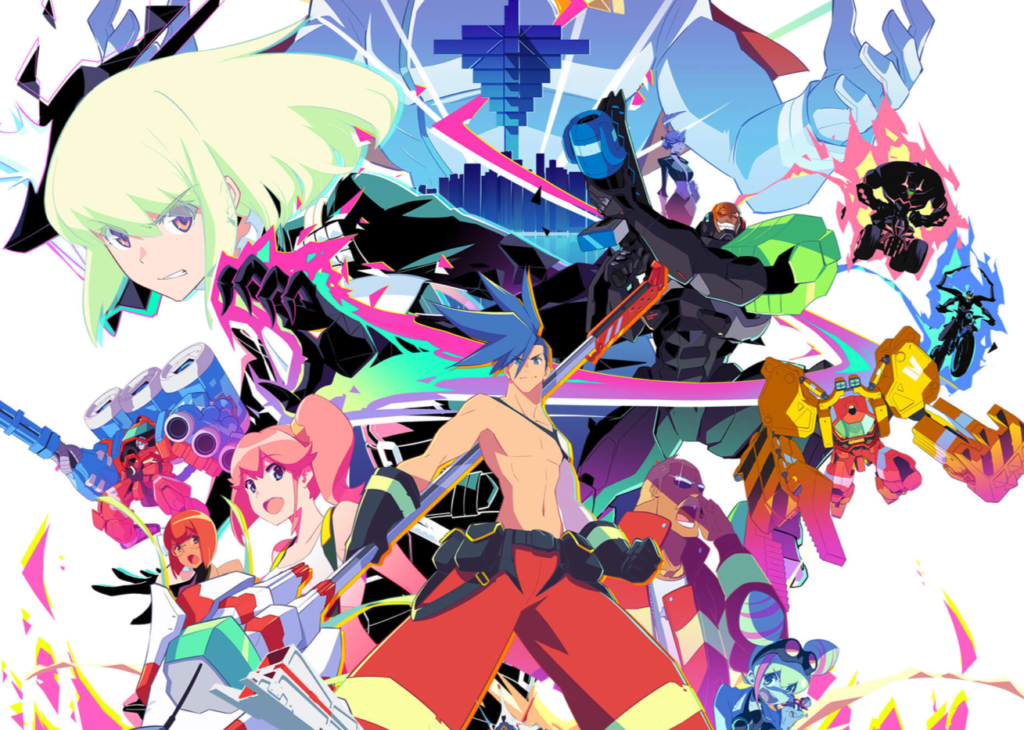 From the moment he announced his American presidential campaign through to his election victory and throughout his time in office, Donald Trump’s most signature policies have all been related to immigration. The border wall was proclaimed as a way to stop immigration, while the travel ban was pushed on similar grounds; yet when viewed more closely, these policies were never truly about immigration in a broader sense. They were about a certain type of immigrant, a perceived undesirable group of people and the policies were primarily created with the intent of oppressing and gaining a certain amount of control over this group.

It came as part of a rise in nationalist politics worldwide, something Japan is not immune to either. Militaristic governments have pushed to amend Japan’s constitution on nationalist grounds, while small refugee intake and resistance to immigrants is linked to open fear from some that more foreigners could jeopardize public safety. Even as the government pushed for increased immigration to counteract the nation’s declining birthrate and aging population, some Japanese politicians and members of the public openly campaign against such ideas and company’s admit that cultural differences are partially the reason for their decision to not hire foreigners despite new laws designed to make the process of doing so easier.

What does this have to do about Trigger’s new 2019 animated feature film, Promare, though? Quite a lot, actually.

The store of Promare takes place 30 years after an incident where a human mutation led to people later known as Burnish having a simultaneous violent reaction and burning down half of the planet. In the time since, Burnish people have been exiled from everyday life, while the world has seemingly been peacefully rebuilt. However, a group of Burnish who call themselves Mad Burnish, led by Lio Fotia, have taken it upon themselves to commit a series of attacks against the city of Promepolis, protected by state-of-the-art technology and an elite team lead by Galo Thymos known as Burning Rescue. As they begin to learn more about the truth of what is going on and the targeting of innocent civilians Galo begins to question the government line and the message shared by its utopian leader Kray Foresight.

The parallels between the treatment of the Burnish people and the demonizing of immigrants seen in modern political discourse aren’t too dissimilar from one another. In fact, copious amount of time is spent establishing the fact that the Burnish people are being unfairly demonized by the propaganda shared by the city’s government. As we learn more about the incident 30 years ago and the Burnish people themselves we learn that they aren’t some evil monolithic being but normal people like you or me. They work in shops and cook your food, they have families, they live their lives just like you would without ever disturbing others. That’s not enough for Promepolis, who benefits from their demonization and not only willingly fosters this sentiment within its people but also withholds information that could change people’s views on their worth as human beings.

If Promepolis serves to benefit from the suffering of others, from the demonizing and harm of others, then they will continue this cycle in perpetuity. 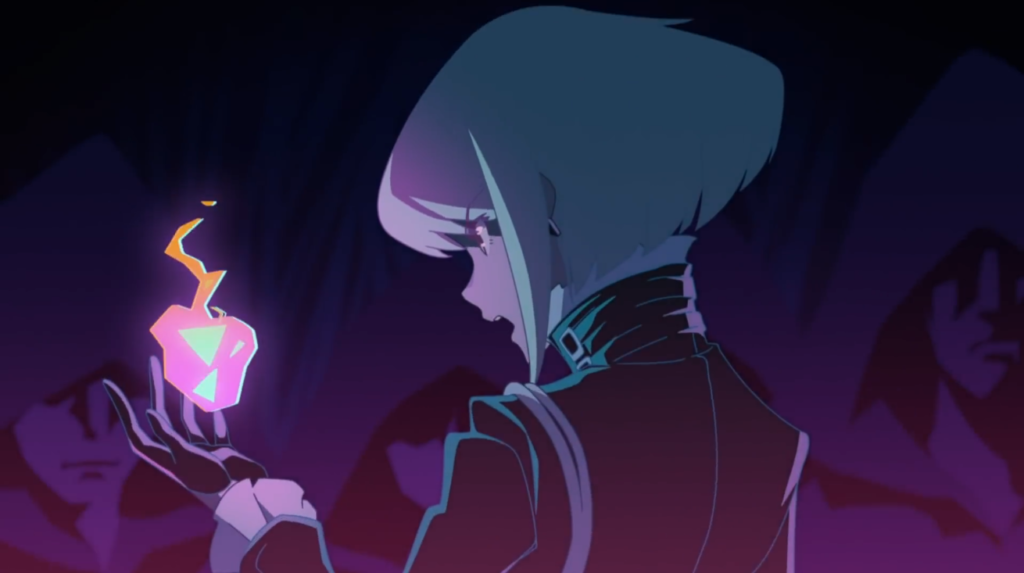 Trigger has not traditionally shied away from anime that simultaneously showcases and critiques misuse of institutional power (Kill la Kill, despite its reputation for fan service, has a fascinating story to tell on this front), and here it is no different, even if it often just serves more like a set-up for the action sequences. Promare, like Kill la Kill before it, is a brilliant example of how Trigger tells some rather interesting stories through and because of the action sequences they are arguably most known for. At first, we have a hatred for the Burnish that mirrors what the city leadership of Promepolis wants us to think, one which changes with the characters as we learn more.

Of course, this idea isn’t explored to the fullest extent that a lengthier TV series would be able to, and this leads to some elements of the idea being left underdeveloped, but it does serve to provide interesting framing and satisfyingly-high stakes to the film’s main action scenes, while still being interesting food for thought that stands on its own right, which should leave you thinking after you’ve left the theatre.

These action scenes take up the majority of Promare’s runtime and never slow down for a second once they get going. As you would expect from a studio such as Trigger, this is their strong point, but it is the framing and stakes placed on each fight that elevate it beyond both the company’s previous work and among its most well-regarded peers. The opening fight scene, partially streamed online in the days leading up to the film’s release, shows the action framed from the propaganda perspective of a good and evil binary between the city and Mad Burnish, while the development of the story over the course of its 111 minute runtime changes the stakes and the purpose of every fight, ensuring every battle remains as fresh as the first and avoiding the film falling into a monotony it easily could have in spite of its flashy visuals.

Speaking of its visuals, the animation is by far one of the most standout elements of this work. This film marks an evolution in Trigger’s signature style, with a transition from their old style to a majority-CG production process with 2D-animated characters and elements interspersed within it, rather than the other way around. Although at times this new experiment doesn’t quite work the way they perhaps intended with some distracting CG on display in places, most of this is contained within the opening moments of the film and in scenes outside of battle, with the movie’s action seamlessly transitioning into this new majority-CG pipeline with amazing results.

Thanks to this change, the team is able to pull off some incredible sweeping camera shots and a kinetic battle environment that remains lively without being disorientating, one succeeding at creating a sense of space with which viewers can especially recreate a scene in their head without being confused about where certain bit of the action is taking place. Some of the sweeping camera shots used in this film to accentuate the swinging of a weapon or the speed of a vehicle are awe-inspiring, while much of the 2D animation remains as charming and as distinct as ever.

Even this, though, would be nothing without Hiroyuki Sawano’s stunning soundtrack providing a pulsating sound that drives the movie from set piece to set piece. Powerful vocal music punctuates every battle with quieter moments accented with the appropriate song to match their more muted tone. Without a soundtrack on the level of the one on offer here it is possible that, even with all these strong elements in play, many scenes could have fallen flat. Instead, the music serves as the glue that brings this pristine piece together. 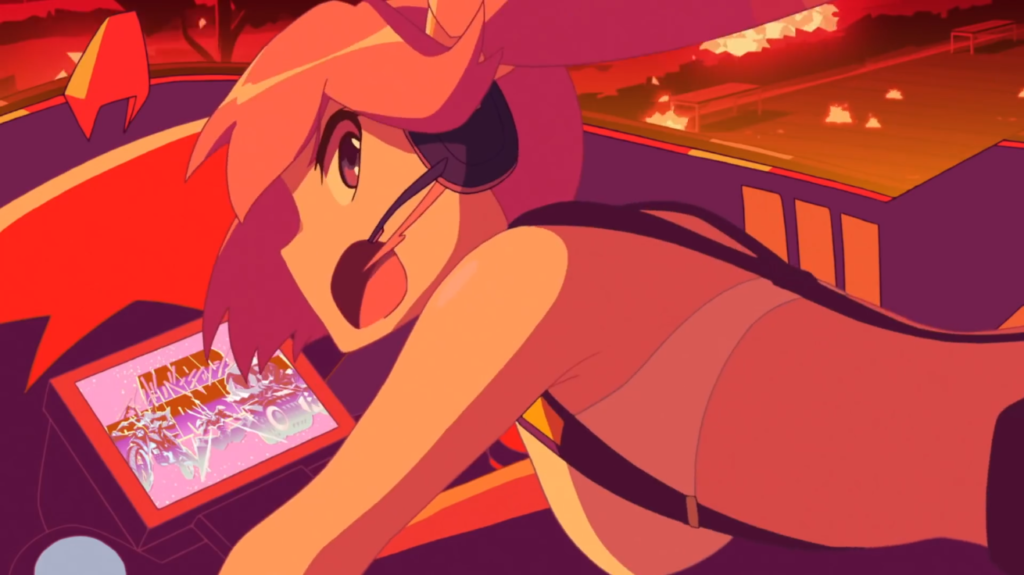 As a whole, Promare is a fascinating political discussion being played out through a superbly-animated and stunning film that grips you from the very first minute and doesn’t let you go until the final credits have finished rolling. The way the film chooses to portray not just the Burnish people but the people in charge and the police of the city prove to not just be interesting framing devices but are things that should leave audiences watching the film with some food for thought.

Those going into Promare should expect to find Trigger on top form, creating not just a film that is arguably their strongest work since their inception but a work which currently stands as the best film of 2019 for me as we approach the halfway point of this year. It’s going to take a lot to knock this film off of that pedestal by the end of the year, as well, and anything that does succeed at that job will need to be very, very good indeed.