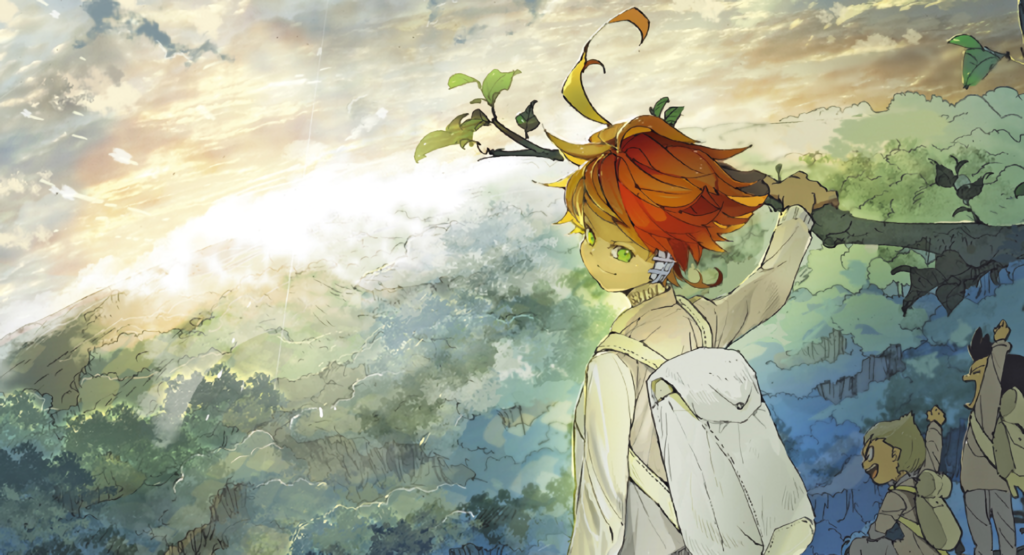 Kaiu Shirai and Posuka Demizu’s The Promised Neverland is certainly a unique series. Not only does it shirk the Weekly Shonen Jump formula, edging away from battle-action and towards thriller-mystery, it also enjoys an iconic aesthetic, mostly due to Posuka Demizu’s excellent art. Furthermore, a new book on the series titled ‘The Promised Neverland’ as English and American Culture explores its links with western culture and what it can help us learn about the foundations of our society.

Written by Kei Toda, a researcher in American culture and civilization at Hiroshima Women’s University, the book conducts as “inquiry” into the world and design of The Promised Neverland from the point of view of a specialist. Some of the main things that it covers are as follows:

That is certainly a diverse list. The book is divided into three sections, with the first covering The Promised Neverland’s links with British culture and civilization; the second covering the links between Sonju and Mujika’s fictional religion and Judeo-Christian religions; and the third looking at the series’ treatment of gender. All in all, it looks like a surprisingly well-rounded package.

The Promised Neverland is not the first series to have a book published about it from an academic perspective. In fact, Shueisha’s ‘Shinso’ publishing label has put out quite a lot of them, with ones on Golden Kamuy and Ainu culture and Kingdom and Chinese culture coming out last year. Don’t let anyone tell you that manga isn’t worth academic inquiry!