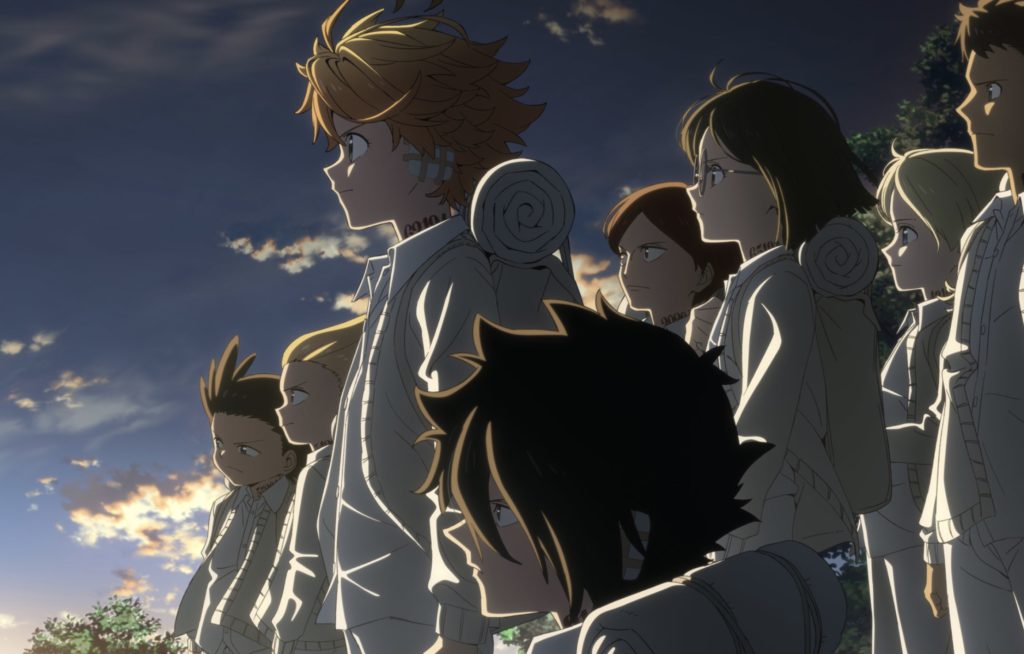 While the impact of coronavirus on production in live-action film and other areas won’t be felt for a few months yet, when the delays in production caused by the lockdown delay future releases, the impact on anime has been much more immediate. Due to the tighter production schedules on many anime production, it’s taken a matter of weeks for many currently airing anime to be indefinitely delayed as a result of the pandemic. While some may think that the immediacy of these issues may result in a faster return to normal for the industry once restrictions are eased, the news of the upcoming Promised Neverland season 2 anime being delayed may dash such hopes.

Originally scheduled for a Fall 2020 premiere, the official twitter account for The Promised Neverland has confirmed that season 2 of the anime will no longer be airing on schedule, and the series is now tentatively scheduled for a Winter 2021 release date. With a re-airing of the first series on Japanese TV having already been penciled in for a Summer 2020 release in anticipation of this new series, this has also been pushed back to fill the slot originally set for the second season.

For those who hoped the current inconveniences of anime being delayed as a result of the coronavirus outbreak would only be temporary, this news suggests the effects of the virus on production will be felt for a long time to come. As current anime are delayed, these delays will eventually seep into the production schedules of other anime, creating a ripple effect throughout the industry. Considering the scale of the issue, it would seem reasonable to assume every anime scheduled for release this calendar year has a chance of being impacted by the pandemic.

Following this delay, The Promised Neverland season 2 is now scheduled to premiere in January 2021. You can find out more about the series over on the anime’s official website.