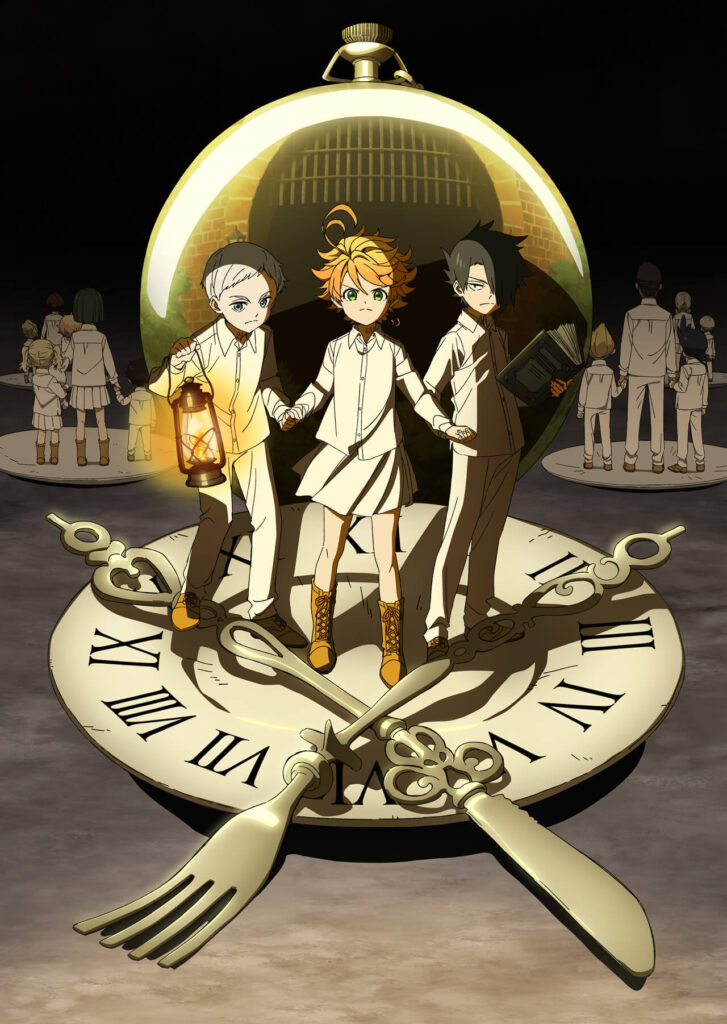 The Promised Neverland will finally begin season 2 on Jan. 7.

The second season was originally supposed to have started in Fall 2020, but (say it with me) the series was delayed by COVID-19.

But if you can’t see the video (or even Aniplex’s entire Japanese YouTube channel, which seems to be blocked or “not made available” in the United States), we have helpfully embedded the Twitter post here:

The anime series is an adaptation of a popular Weekly Shonen Jump manga series which ended in June of this year.

Season 1 of the anime series started in January of last year. And you can watch the first season on Crunchyroll while you wait for season 2 to begin.  A live-action movie version will also come out in December.

The series tells the story of a group of seemingly happy orphans in an orphanage.

(There are a few spoilers ahead if you haven’t seen season 1 yet.)

Unfortunately, they discover the deadly truth about their home, and make plans to escape.  Naturally, escaping from a demon-controlled orphanage proves to be difficult.

However, season 1 of the anime series ends with one group managing to escape. The younger children are left behind with the promise that the older kids will return for them.

If the remaining chapters of the manga are any indication, we can expect the children to learn more about the strange outside world beyond the orphanage.  There are a lot of mysteries to unravel, some horrors to discover, and some demons to defeat.

And, there is also that promise by the older kids to return and battle the demons at the orphanage.

Of course, that’s assuming that they can cover all of that in just one 24-episode season.  There’s a lot of material in the manga which hasn’t been animated yet.