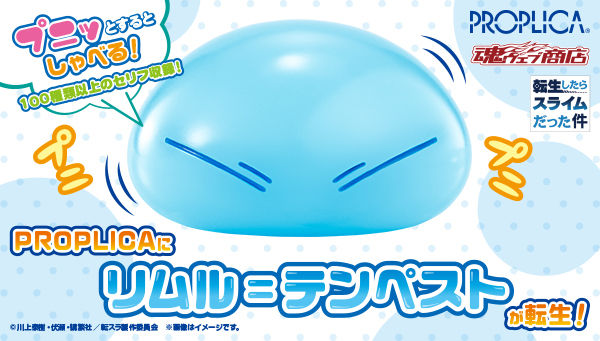 The same people who made the talking Demon Slayer sword a few months back have now come up with a talking slime. Squeeze it or poke it, and Rimuru Tempest from That Time I Got Reincarnated As A Slime will talk to you.

On Tuesday, Proplica posted a video to the Bandai Spirits channel on YouTube to demonstrate the soft and squeezable slime. They don’t say for certain, but it sure sounds like Miho Okasaki, Rimuru’s voice actor, is doing the narration in the two-minute video. Watch the video and see what you think:

By the way, the English subtitles on the video are great. ‘I’m the result of tiptop modeling technology,’ Rimuru says in the video. ‘Ladies will go nuts for my dreamy translucence.’

The slime actually has two different voice modes. In addition to Rimuru, it also has ‘Sage mode.’ Sage mode features the Great Sage (voice of Megumi Toyoguchi). That’s the person Rimuru hears in his head whenever he acquires a new skill. Proplica added more than 100 sounds, including some from the series and some which are exclusive to the talking slime.

The cute little blue slime is only about 80 millimeters tall, which is about three inches. ‘Squish me! I’m palm-sized!’ Rimuru says. 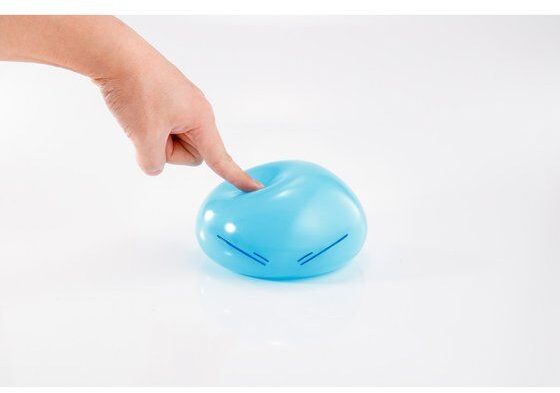 The slime requires three AAA batteries. Premium Bandai is accepting pre-orders for the slime, which they state will ship in June 2021. Rimuru costs 4950 yen, including tax.

The series just started its second season this week. (The series got delayed from October 2020.)