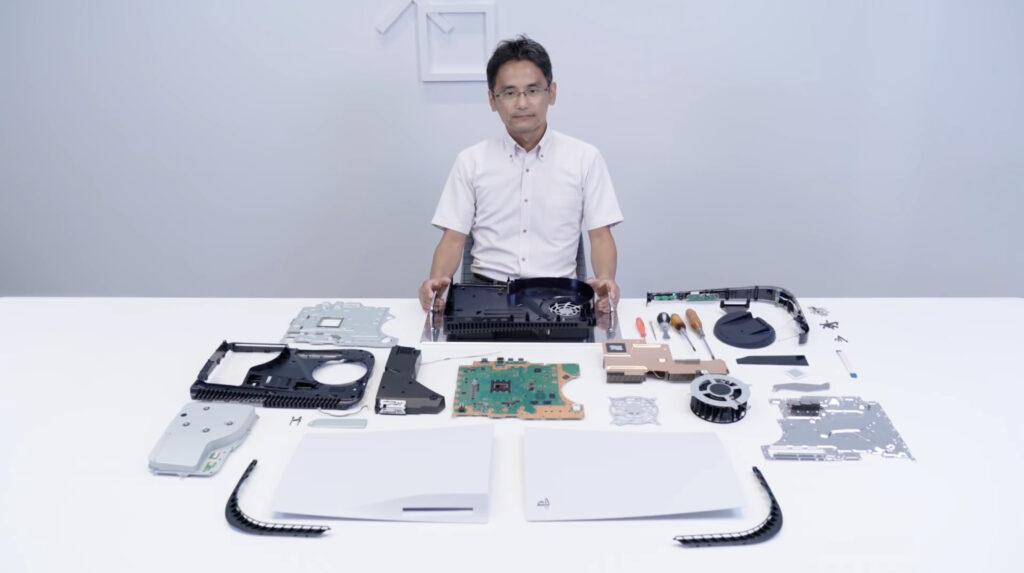 With the PS5 so close to launch, it’s strange how little we actually know about the console itself. Even as we learn more about the features of the Xbox Series S and Series X, Sony has kept quiet about areas of the console such as the UI and almost everything about the console bar its external appearance and a few of its upcoming games. While much of this remains under wraps even now, Sony’s decision to release a video on their official YouTube channel showcasing a teardown of the PS5 console at least lets us know certain details about what powers the console and how it functions. Of course, when you get the console yourself, maybe don’t try this at home.

This PS5 teardown gives a visual representation of how the system is built in order to achieve the bold claims on SSD speed and raw power, and attempts to justify the large size of the system which has also come in for some controversy. In that sense, this teardown does a good job of explaining why Sony made the decision to make this console larger than the PS4 which came before it by noting the large cooling systems that could be seen when taking the outer frame away. Doing this reveals two large fans that have been optimized for quietness alongside a large exhaust at the back of the console to keep the heat of the console well-regulated. Once you get further into the teardown, you also see a slot for NME expanded storage inside the device.

The teardown also gives us a close-up look at the console’s motherboard where we can see the console’s beefed-up CPU, the AMD Ryzen Zen 2 as well as the 10.3 Teraflop 2.23 GHz AMD Radeon GPU, and the large internal cooling system. Sony’s much-touted ultra-fast custom SSD is present as an on-motherboard chip as well, though hands-on experience will be necessary to test its speed claims.

While some key details on how the console functions may remain a mystery, this PS5 teardown does at least allow us to see inside the much-anticipated new console and understand its large size. The console launches on November 12th.