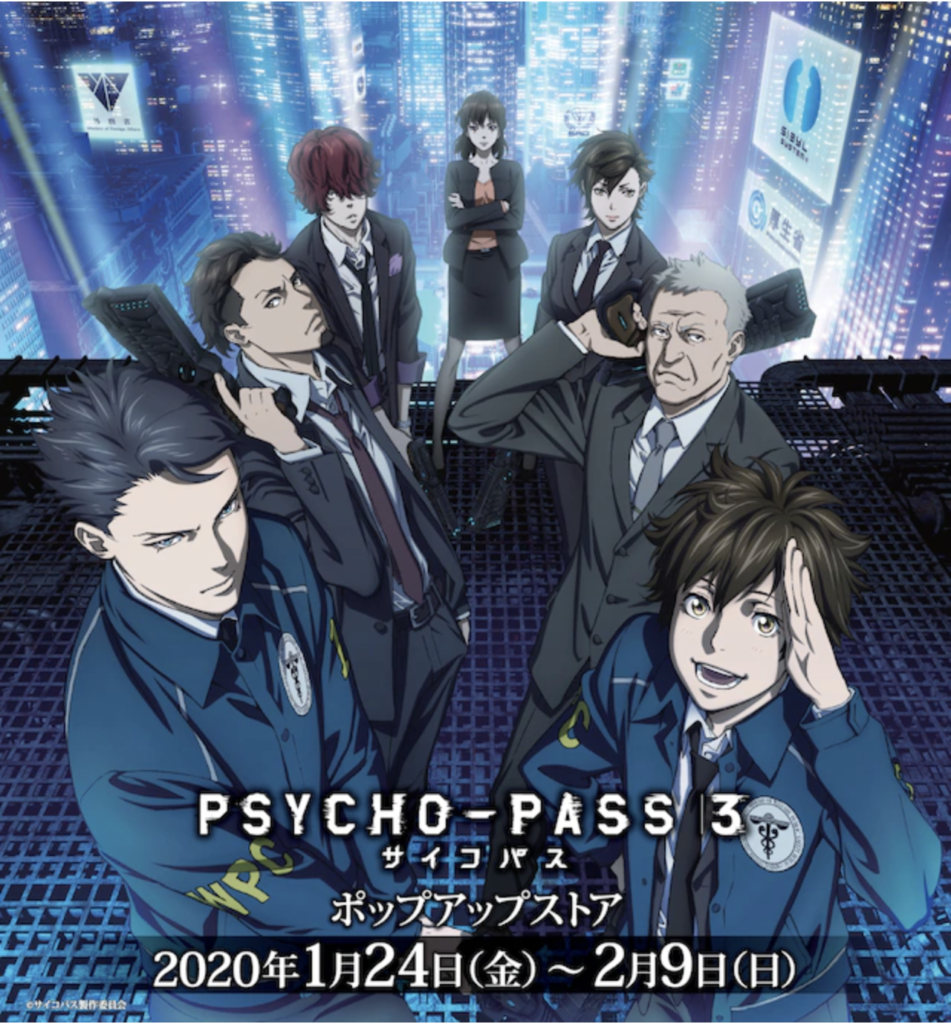 PSYCHO-PASS is one of those animes which can define a generation. The original PSYCHO-PASS was released in 2012 which was followed by PSYCHO-PASS 2 in 2014, and finally PSYCHO-PASS 3 in 2019. If you haven’t watched the series, it would be a good idea to start, you can watch it on Prime Video through Amazon as we have reported on in the past. Continuing with that momentum, starting on January 24th and running until February 9th, there will be a limited-time pop-up shop opening in Akihabara inside the AmiAmi Akihabara Radio Kaikan Shop. Inside of the shop, they will be selling exclusive items to the pop-up shop as well as having displays of storyboard scenes as well as acrylic panels featuring various art and scenes from the series is planned as well. Even more, there will be a special lottery happening in-which customers to the store can participate one time with a ¥1000 ticket. The goods that are going to be available in the pop-up shop will also be available on the AmiAmi Online Shop, so those of you who are looking to get your hands on some of the exclusive goods, shouldn’t have too much of an issue doing so. Assuming that there is going to be enough stock available. 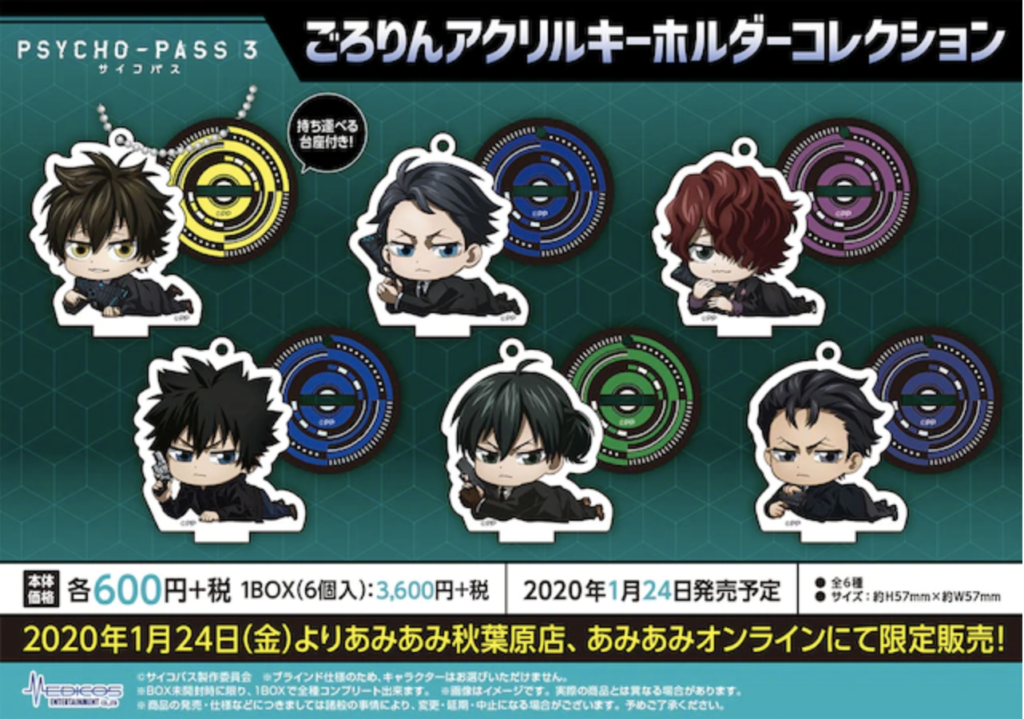 I have mixed feelings about the PSYCHO-PASS series. None of those feelings are negative, but I wouldn’t necessarily say they’re positive either. I found myself extremely intrigued by the first season and halfway through the second season. After that, I found myself struggling to continue the story and have yet to make it to season 3, maybe that’ll give me something to do this weekend. I think the story is super compelling and something to pay attention to, but it has its moments where it drags on. 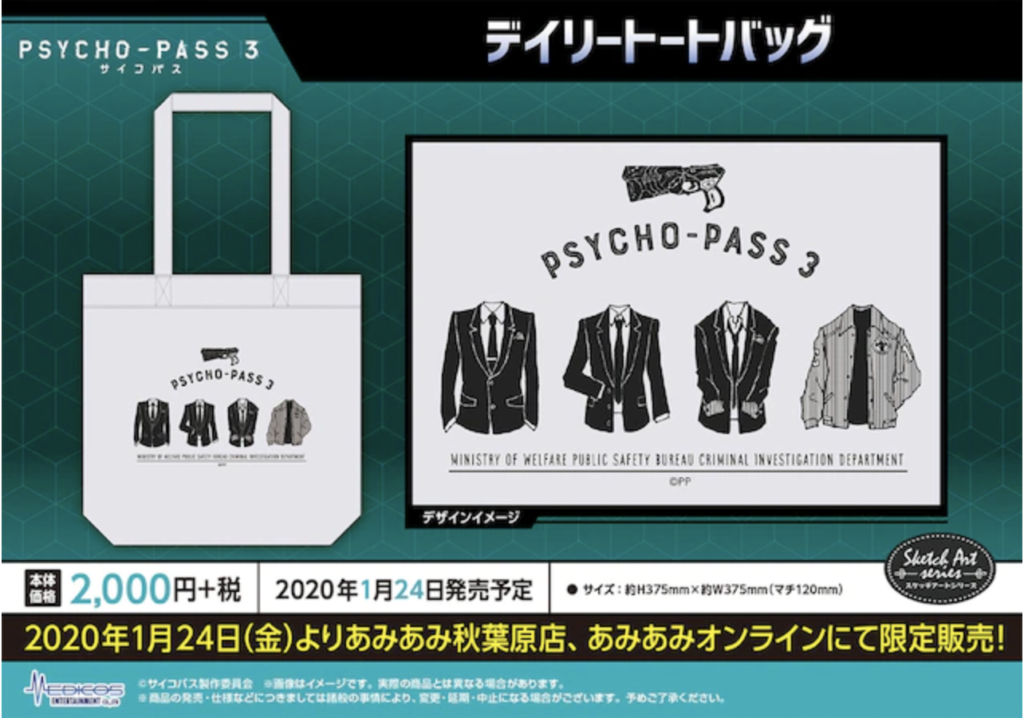 Regardless, the limited-edition goods that are going to be available at the pop-up shop in Akiba look pretty neat, especially the tote bag, and I might take a trip over there sometime this week to check it out!