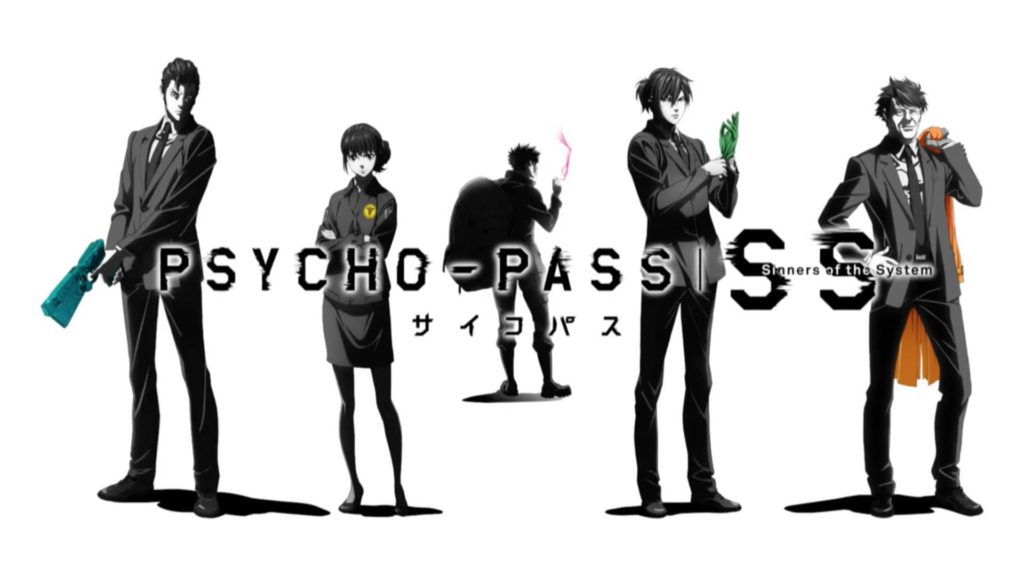 Revealed today at Fuji TV’s Plus Ultra anime lineup event, the Psycho-Pass series is set to get a new spin-off project that will release at some point in January 2019. Titled Psycho-Pass: Sinners of the System, the announcement was teased through a glance at the series’ history, followed by the revelation of three cases. Update: It’s been confirmed that this will be a new trilogy of films, each tackling a different case. The order of these cases will be as follows:

The preview for this announcement can be found below:

Originally aired in 2012, Psycho-Pass rapidly became a fan-favorite around the globe. The synopsis for the series can be found below:

Justice, and the enforcement of it, has changed. In the 22nd century, Japan enforces the Sibyl System, an objective means of determining the threat level of each citizen by examining their mental state for signs of criminal intent, known as their Psycho-Pass. Inspectors uphold the law by subjugating, often with lethal force, anyone harboring the slightest ill-will; alongside them are Enforcers, jaded Inspectors that have become latent criminals, granted relative freedom in exchange for carrying out the Inspectors’ dirty work.

Into this world steps Akane Tsunemori, a young woman with an honest desire to uphold justice. However, as she works alongside veteran Enforcer Shinya Kougami, she soon learns that the Sibyl System’s judgments are not as perfect as her fellow Inspectors assume. With everything she has known turned on its head, Akane wrestles with the question of what justice truly is, and whether it can be upheld through the use of a system that may already be corrupt.

While not too much is currently known about the upcoming anime project beyond what was shown in the teaser, we’ll be sure to keep you up to date as further information is revealed.