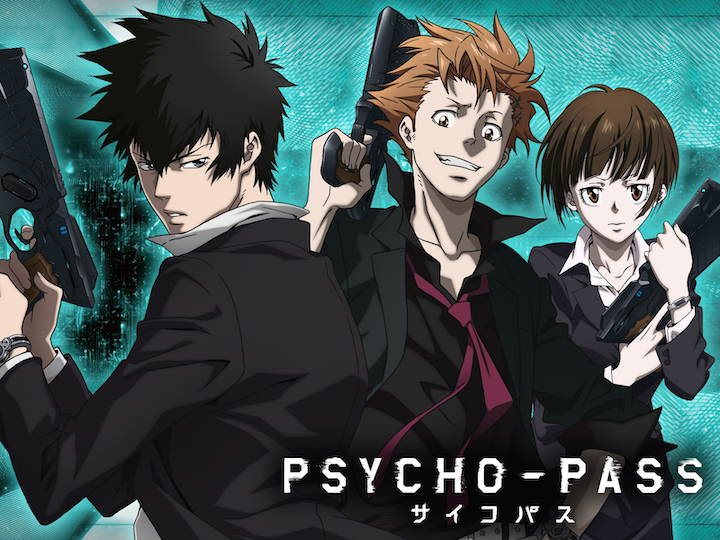 In my eyes, anime and visual novel writer Gen Urobuchi can do little wrong.

I mean, the man co-created and penned the groundbreaking (and this writer’s personal favorite within the magical girl genre) Puella Magi Madoka Magica.

And yet, it took me longer than it probably should have to learn of his later original work Psycho-Pass.

And it isn’t as if the anime original and its subsequent sequels and spin-offs didn’t gain a decent-sized fan base. The original proved a successful show that spawned a franchise on its merit as an intriguing story alone (despite it being passable as a standalone).

Perhaps Psycho-Pass not coming to mind or dominating online spaces has to do with, well, Urobuchi’s sudden shift from cute magical girls facing the odds to gritty, decidedly ‘non-moe’ character designs and police drama.

Regardless, it’s never too late to get into something new. Psycho-Pass’ reputation may not have preceded itself in my case, but knowing its premise, it only has good, messed up things to offer and plenty of themes to chew on. 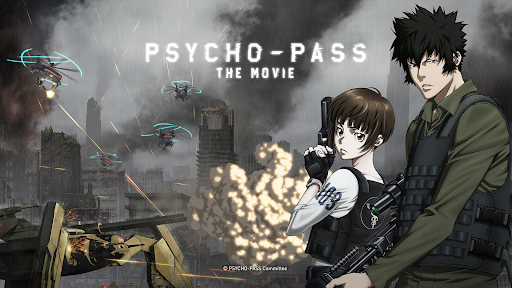 The cyberpunk crime/psychological thriller Psycho-Pass was put in the capable hands of Production I.G of Ghost in the Shell and Haikyu!! fame from 2012 to 2013.

In fact, the goal with which Psycho-Pass was conceived is grounded in the Ghost in the Shell movies’ success as dystopian stories with themes of agency, humanity, and there lack of. Not to mention our tenuous relationships with each other and technology.

Psycho-Pass was also influenced by live-action films from other countries such as sci-fi classic Blade Runner (1982), a flick known for its exploration of moral issues involving pseudo-humans.

Over the years, this type of genre fiction has only become more relevant.

Psycho-Pass takes place in a futuristic Japan where crime is moderated by a powerful brain scan-based network called the ‘Sibyl System’ that operates on pure statistics. The system consolidates large amounts of information so as to produce an individual mental report for every citizen, a ‘Psycho-Pass’ if you will…

Which includes a ‘Crime Coefficient,’ a number ranging from zero to over three-hundred that determines whether one possesses criminal intent and/or the mental state to become a latent criminal later in life.

With this in mind, I was a bit surprised that the more ‘recent’ Minority Report (2002) was never once mentioned as a source of inspiration. Though to be fair, this sci-fi flick deals in preventing crime via an experimental system with three ‘precognitive’ children while Psycho-Pass is grounded in its (more or less) plausible technology alone.

Again, the heart of Psycho-Pass and its fellow sci-fi works lies in the question of how far is too far when it comes to keeping the peace. The question of staying true to ourselves and our values as a people in an ever-changing world.

Naturally, our story follows a cast of characters who come to challenge the Sibyl System despite all they do to uphold (or in some cases, dismantle) it. Such is the way this type of dystopian fiction tends to pan out, yes, but Psycho-Pass keeps things fresh with solid writing thanks to Urobuchi.

The Psycho-Pass anime went on to receive two more seasons (Psycho-Pass 2 debuted in 2014 and Psycho-Pass 3 was released in 2019) and five movies (including one trilogy) set in different times in relation to the TV series.

As dark and gruesome as Psycho-Pass is, it still features a classic ‘buddy cop’ dynamic in our compelling leads, Akane Tsunemori and Shinya Kogami.

Akane acts as the viewers’ POV character, being your typical book-smart and righteous rookie Inspector within Unit One of the nation’s Criminal Investigation Division (under a larger Public Safety Bureau). She’s an incredibly strong woman who literally sticks to her ‘Dominator’ gun (and values) despite learning some unfortunate truths about the Sibyl System.

Speaking of Dominators, these weapons are designed to activate when in the proximity of individuals whose Psycho-Passes indicate intent to kill and/or mental instability. To wield a Dominator is to be someone who can put faith in their own ability to de-escalate and negotiate (with help from the Sibyl System, of course).

Not every Criminal Investigation Division member wields a Dominator, however.

Akane’s partner is a seasoned ex-Inspector named Shinya whose desire to take justice into his own hands after a case gone wrong is what led to his Crime Coefficient rising to dangerous levels.

A turn of events that also led to his demotion to a more physically inclined Enforcer prior to the show’s timeline.

With that said, Akane and Shinya’s contrasting personalities make up a set-up as old as time for ample reason.

They bring different experiences to the table and, as is to be expected, learn a great deal about each other and from each other…including where their true loyalties lie.

The duo’s bond (a refreshingly platonic one at that!) very much comes into play during the first film of the franchise, Psycho-Pass: The Movie.

While there are plenty of secondary Unit One members to discuss, I think it’s important to mention our villain first, the man that continues to evade Shinya and the Sibyl System as a whole.

Shogo’s a charismatic and clever man who longs for the days in which the qualities that made humans human were the norm. And like any well-written villain, he makes us, the viewers, question our heroes’ cause.

As impressive as Psycho-Pass’ technology is, the show still evokes the same questions Minority Report does regarding agency. Shogo’s disdain for the Sibyl System is hinted at having stemmed from a painful past, which by no means excuses his actions, but the man makes valid points about how society operates and whom it prioritizes.

Even under ideal circumstances, can human choice be quantified?

Akane, Shinya, and Shogo could easily carry the TV series on their own, but luckily for us, we get an interesting supporting cast to boot!

The veteran Enforcer/Inspector pair Tomomi Masaoka and Nobuchika Ginoza serve as pivotal characters to both Akane and Shinya. Tomomi and Nobuchika may not be actual partners in the field, nor do they share Masaoka’s surname, but this doesn’t change the fact that they are an estranged father and son.

Needless to say, the two don’t exactly get along with Tomomi having become jaded after years of detective work.

This drama between father and son is just as compelling as our leads’ growing bond, a dynamic that director Naoyoshi Shiotani and writers Ryō Yoshigami and Makoto Fukami kept in mind when putting together the Psycho-Pass: Sinners of the System trilogy.

Another Unit One member who leaves an impact on Akane and viewers alike is Shusei Kagari, an easygoing young man who was slated as a latent criminal at the mere age of five. Shusei’s friendly air belies his hatred for the Sibyl System, but this dichotomy only serves to deepen his character in the long run.

The level-headed Enforcer Yayoi Kunizuka and relaxed Analyst Shion Karanomori are a romantic same-sex pair who add yet another unique dynamic to Unit One.

And last but not least is Joshu Kasei, the former Chief of the Public Safety Bureau. As is to be expected of a woman with her reputation, Joshu is cool, competent, and harbors her share of juicy secrets.

What I love about Psycho-Pass’ format is that several new characters are implemented per season (casualties and changes in rank are abound) and yet, it still gives these characters their dues for the most part.

The critical acclaim for Psycho-Pass as well as its overall success led to a direct sequel, Psycho-Pass: The Movie, being released in 2015. The film deals with the loose ends left in the wake of Psycho-Pass’ finale, all the while introducing a terrorist plot involving the superstate responsible for the Sibyl System’s technology.

In contrast, the Psycho-Pass: Sinners of the System Trilogy is an anthology focusing on the backstories of select characters including Shinya, released in 2019. Meanwhile, the Psycho-Pass 3: First Inspector film released a year later on 27 March 2020 acts as a follow-up to Psycho-Pass 3 and its own set of Inspectors.

I spent as much time as I did on the characters featured in Psycho-Pass’ first season as they continue to have presence (in some form or another) in the next two seasons. The same goes for the movies in that they invest in interactions and relationships rather than rely on intriguing stories alone.

What Is Psycho-Pass: Mandatory Happiness?

If an anime with heavy themes ain’t your thing (or the prospect of catching up on a long TV series and its subsequent movies isn’t appealing), you could always check out the Psycho-Pass: Mandatory Happiness visual novel developed by Mages Inc. of sci-fi psycho-thriller Steins;Gate fame.

The game was released in 2016 and takes place in a parallel universe to the show’s first twelve episodes in which a rogue AI acts as the primary villain rather than Shogo.

It’s still violent, don’t get me wrong, but being given the power of choice may make the subject matter more palatable. Not to mention this being very much in the spirit of the Psycho-Pass franchise to begin with!