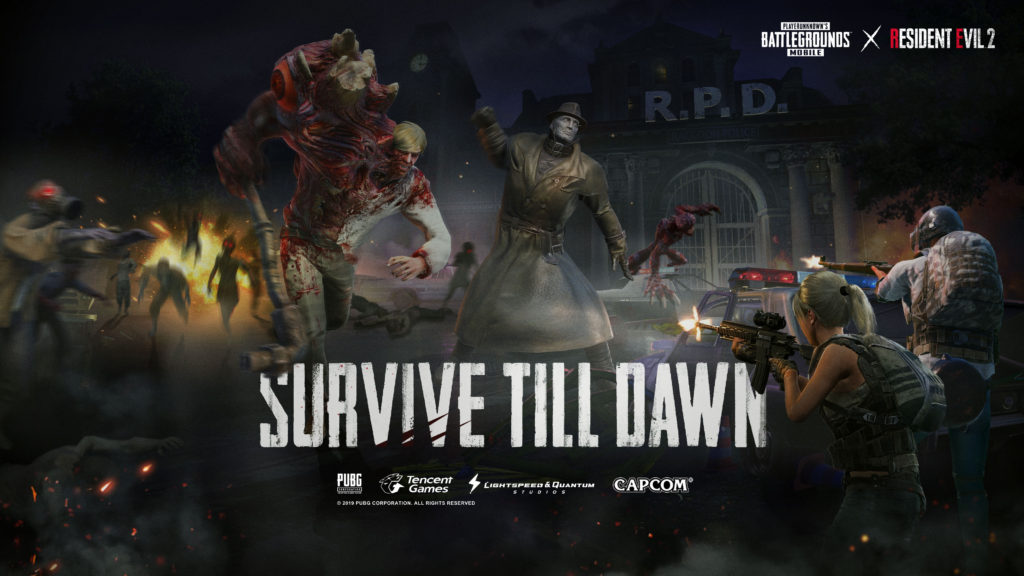 While it’s often a very easy thing to forget that both PUBG MOBILE and Players Unknown Battleground on PC are technically two “different” games, it’s always interesting to see just how many killer collaborations the mobile counterpart receives. While previous events have invited street fashion brands such as BAPE into the game, the most recent event sees Capcom’s incredible new Resident Evil 2 remake join the battle royale with an all-new limited-time mode.

Uploaded to PUBG MOBILE’s official YouTube channel, the crossover trailer showcases the all-new mode within the game featuring an array of instantly-recognizable bosses and characters from Resident Evil 2. In this mode, players are tasked with surviving until dawn against a wave of zombies and other players within the usual confines of the battle royale genre. The game also sees the addition of music from Resident Evil 2 in the menus, really showcasing just how all-in PUBG MOBILE is going on this collaborative event.

Frequent games of other battle royale titles on PC have shown me over the past few days that unfortunately I really suck at the genre. Not just that, but I think my prolonged period away from PC gaming, in general, has made my ability to play games on mouse and keyboard super mediocre. But while I might struggle to actually shoot a moving target on PC, I can’t even begin to imagine how that lack of skill would transfer over to a mobile device. That being said though, for PUBG MOBILE to be collaborating with a titan like Resident Evil 2, it really does go to show how many people are playing.

Available on both iOS and Android devices, those interested in checking out PUBG MOBILE and the ongoing collaboration with Resident Evil 2 should absolutely check out the game’s official website.