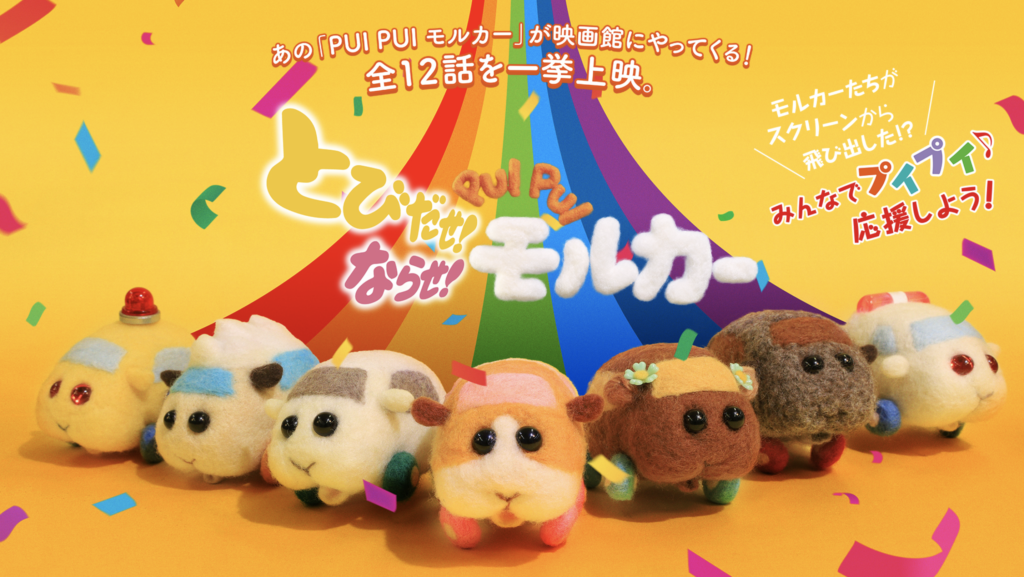 The Molcar hype train (car?) keeps going as today it was announced that the ever-lovable Pui Pui Molcar will be getting a theatrical release.

I’m beyond impressed to see just how far the Molcar series has come, being a short-run series, on a kid’s show, early in the morning, with three-minute episodes. It’s honestly astonishing. 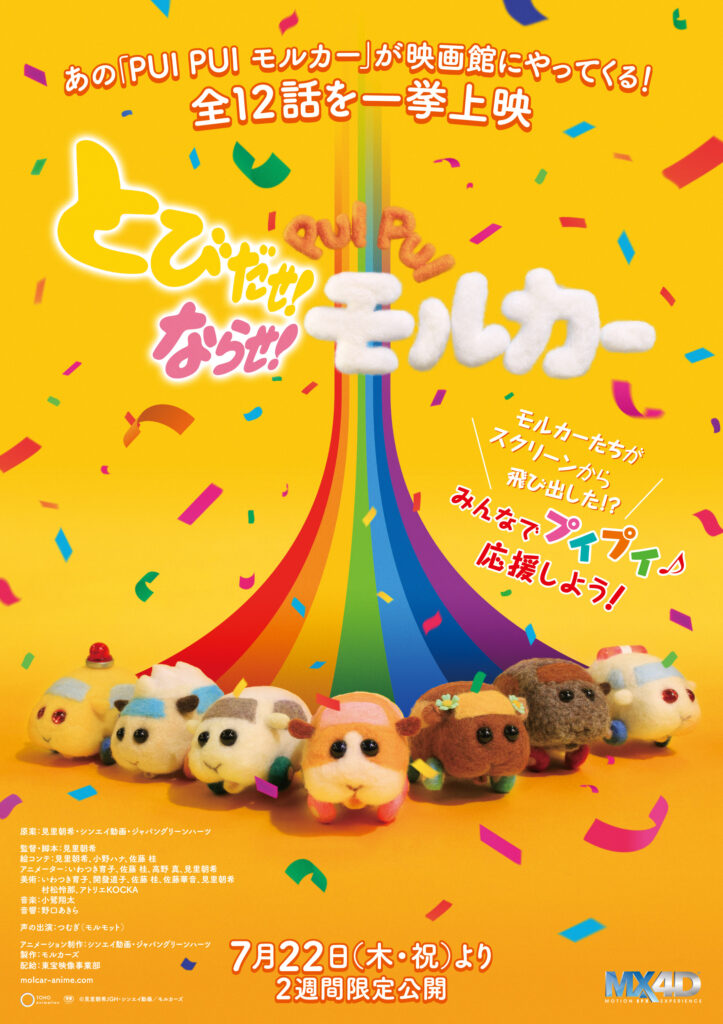 The series in its entirety will be screened at TOHO Cinema locations throughout Japan in 3D, 4DMX, as well as 2D in some locations. If you go see Pui Pui Molcar in the theaters, you’ll get a commemorative toy based on one of the characters from the series. 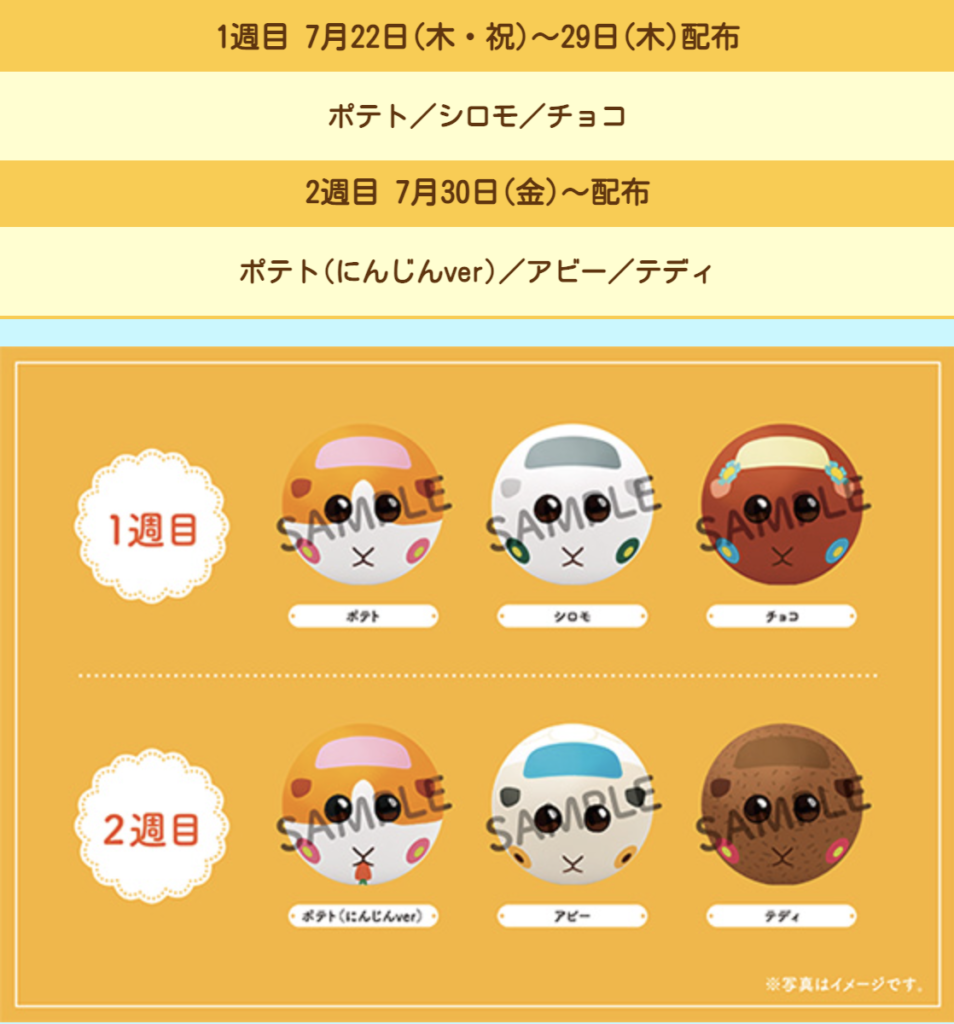 I can’t stress how adorable Pui Pui Molcar is, so if you happen to be in Japan, you owe it to yourself to go watch this in the theaters. Tickets are only ¥1,000 (with 3D and 4DMX costing a bit more because of fees). If you have already seen the series, go watch it again; it’s worth it.