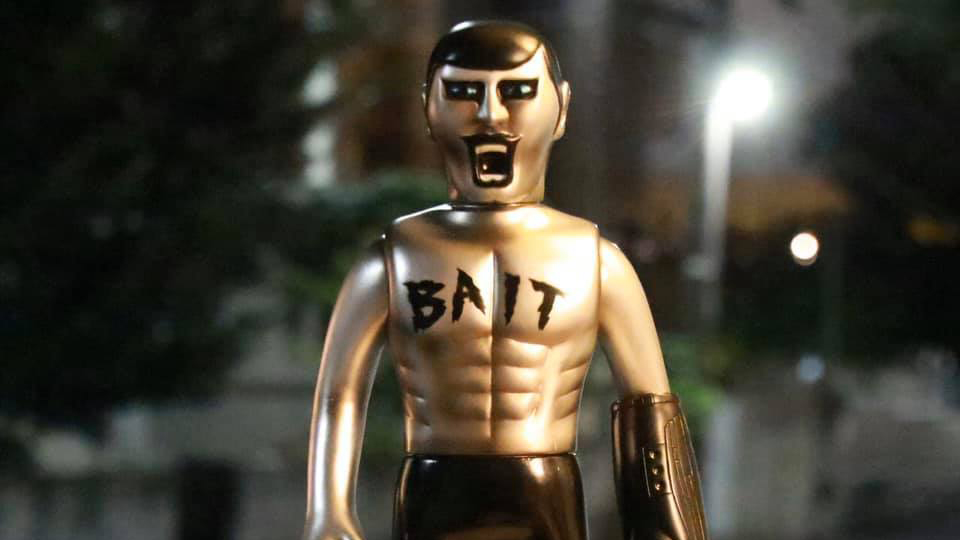 Punk Drunkers is a brand that is something of an institution for those in the know. Their activities in the fashion space have been going on for a little over 20 years now with their style of parody & tribute garnering them a dedicated fanbase. In addition to clothes though, they have built a massive following in the sofubi (soft vinyl) & collectible toy space with a long line of pieces featuring their mascot character Aitsu. They’re also a brand that is no stranger to collaboration with collections over the years that has seen them team up with Kinnikuman, Devilman, Toy Machine, Medicom Toy and more. With this kind of established legacy, it’s only been a matter of time for them to make their way to the US, and this past year has been a busy one for them in that regard with them making appearances at designer toy shows on both coasts of the United States in 2019.

These appearances were clearly only the beginning as it’s been announced that they’re teaming up with California based streetwear & lifestyle brand BAIT for a special limited-time pop-up at their Los Angeles store on Melrose Ave. starting this Friday, November 29th. 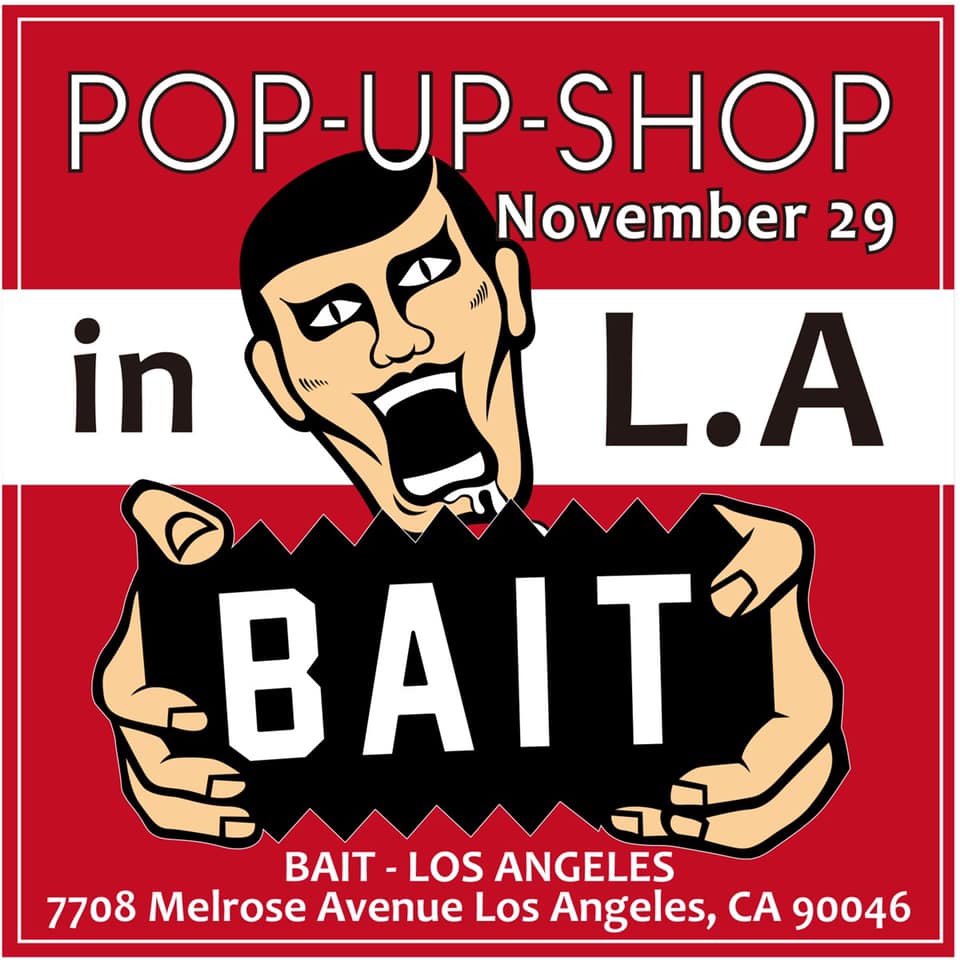 The brands first collaborated with an original T-Shirt that is being sold only at the BAIT store in Shibuya’s brand new PARCO shopping complex, BAIT’s first foray into Japan despite a long history of Japanese pop-culture collaborations in the past. This original T-Shirt follows the design standard set by the brand over the years with a mashup of the brands & prominent feature of Aitsu on the design. Of course if you can’t make it to the Shibuya BAIT location to pick one up, you’re in luck, as an exclusive colorway is coming to this limited pop-up shop:

In addition to the shirt, starting at 12:00 PM on November 29th and exclusive PUNK DRUNKERS x BAIT Aitsu Sofubi figure will be on sale at the store. 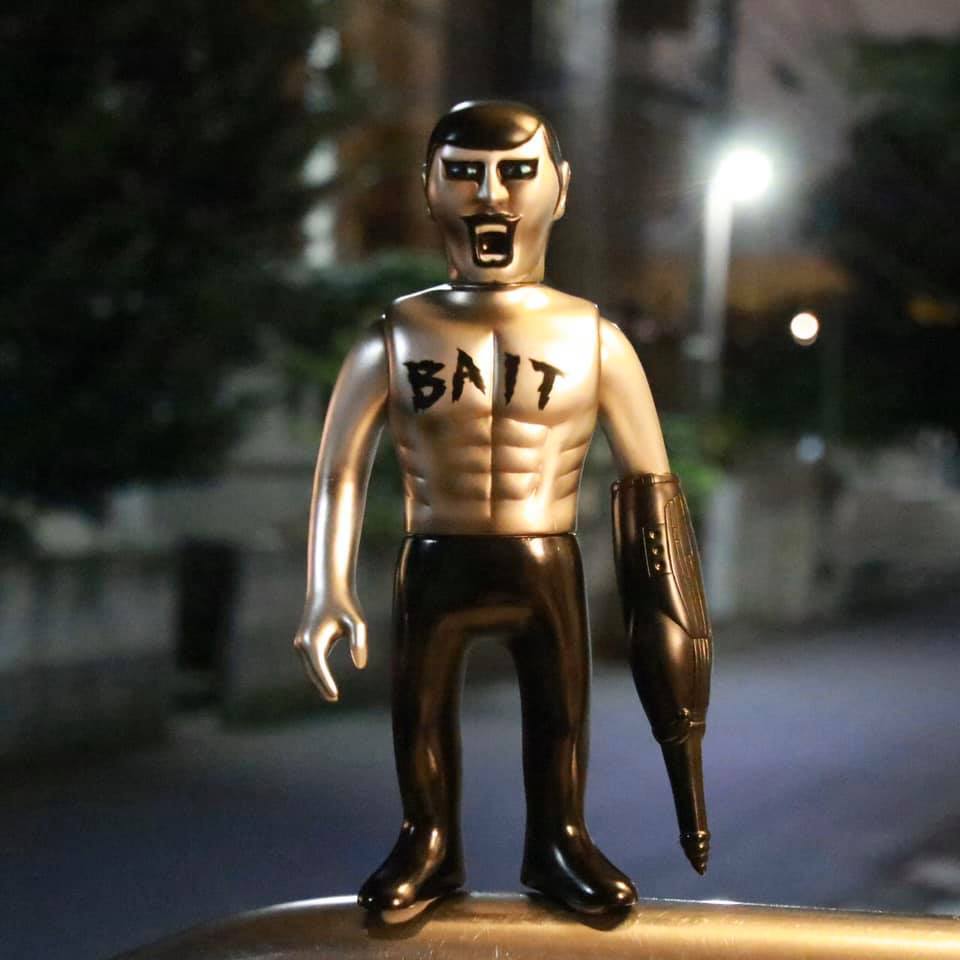 PUNK DRUNKERS Sofubi figures have become HIGHLY collectible over the years with some designs commanding very hefty prices in the secondary market. This new exclusive piece features Aitsu in gold & black with a stylized BAIT logo emblazoned on his chest. Given how quickly the PUNK DRUNKERS crew sold out of all their inventory (including a series of collaboration toys with Suckadelic) at Anaheim’s Designercon this past weekend, it’s safe to say that these won’t last very long. It’s an excellent entry point to get into the world of the high-value collectible vinyl toys if you’re able and willing to camp out Friday morning to score one for yourself! I’m definitely going to be making a stop by to try my luck, so maybe I’ll see you there?

It’s really exciting to me to see these 2 brands teaming up in this way. I’ve long been a fan of both, and anytime an independent Japanese brand or designer makes a move into the US it’s something to celebrate. I’m definitely hoping that this is only the beginning of a long line of PUNK DRUNKERS own brand of “Uncool is Cool” bleeding into the US market.

If you’re interested in learning more about PUNK DRUNKERS and seeing what they’re up to, you can check them out on Instagram.