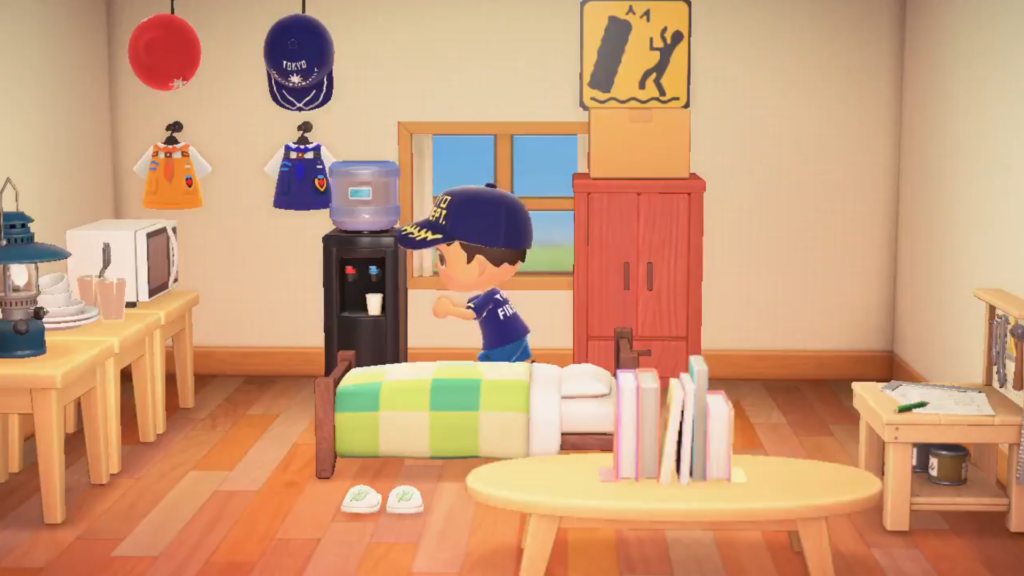 Nobody likes to think about earthquakes.  But, if you live in Japan (or California or even North Carolina), it’s important to know how to stay safe during a tremblor.

Fortunately, the people at the Tokyo Fire Department came up with a cute and clever way to teach about earthquake safety at home. They let their avatar in Animal Crossing: New Horizons do the talking for them.

In any case, since the character is mute, they let him pantomime for them. Check out the short video in the Tweet below:

If the video link is broken, the little guy shoves his water cooler up against the wall. He then gets rid of a box which is sitting dangerously on top of a tall cabinet. Finally, he moves the cabinet to a safer location.

Just in case the message in the video isn’t clear enough, there’s also a safety sign on the wall showing a stick figure about to get crushed by its own poorly-placed furniture.

The Tweet also states that “around 30 to 50 percent of injuries sustained during earthquakes are caused by falling or overturned furniture.”  That’s a lot.

So, look around for furniture which could potentially clobber you in a disaster situation.

This is not the first time that the Tokyo Fire Department has created safety messages on Twitter starring this avatar, who is apparently named Atsuo.

In one recent Tweet, he provides his animal pals with fans, opens some windows, and turns on an air conditioner to prevent heat stroke. In another, he warns adults not to leave stuff where kids could climb out a window.

Tokyo Fire Department also created Animal Crossing versions of the uniforms worn by the elementary school Boys and Girls Fire Club (BFC).  So you can demonstrate your dedication to safety with your own uniforms.