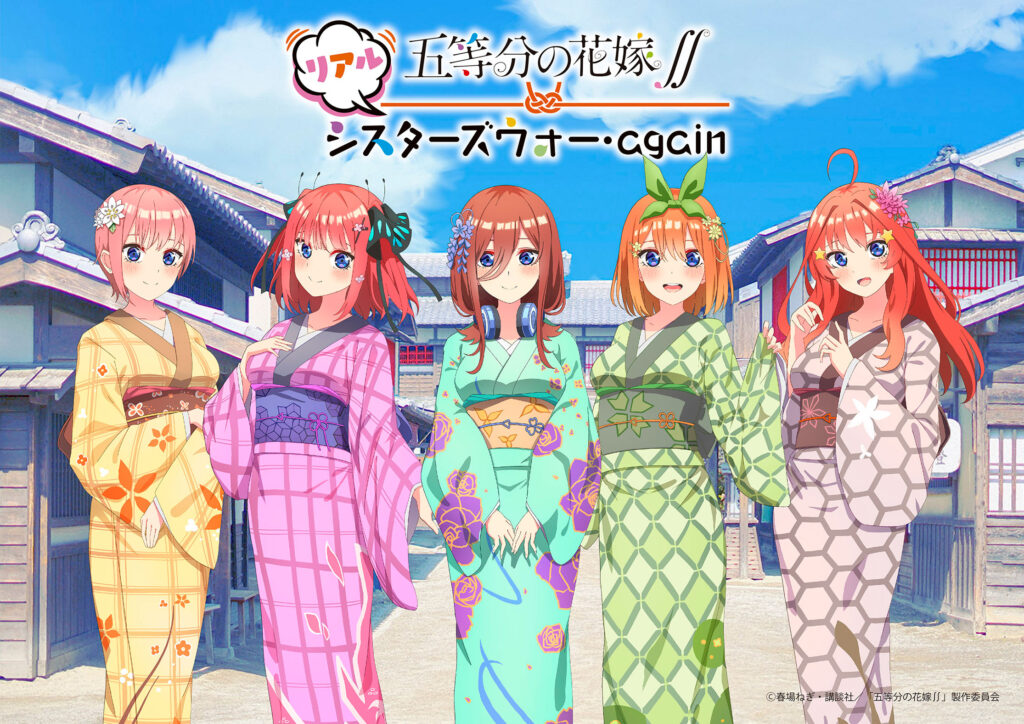 If you’ve been watching The Quintessential Quintuplets, you know that the anime series’ second season ended with the girls taking their romantic comedy complications with them on a school trip to Kyoto. The Sisters War arc has now inspired a collaboration event featuring a couple of the tourist attractions in Kyoto that they visited, along with the hotel where they stayed. 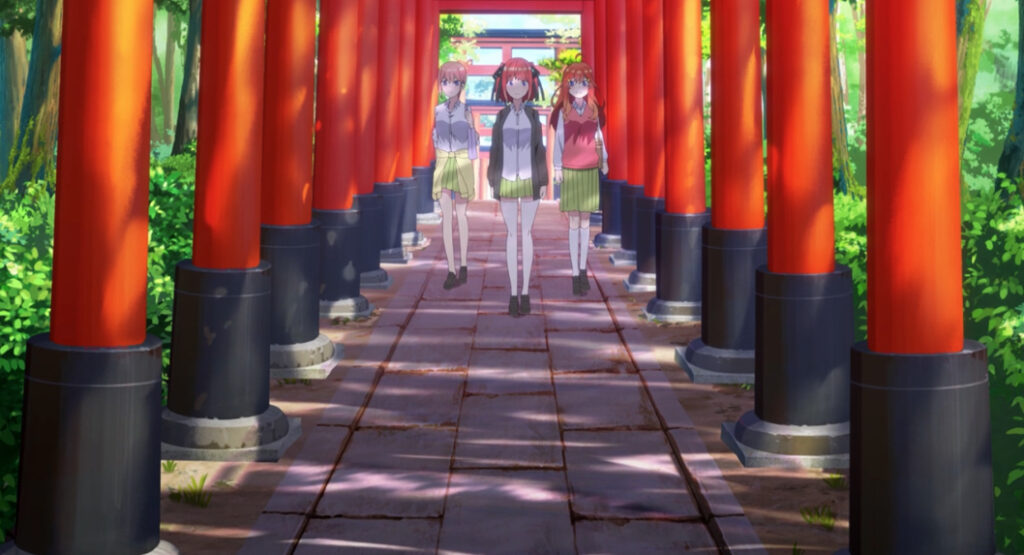 Starting on 24 April, visitors to Toei Kyoto Studio Park, Fushimi Inari Taisha Shrine, and the Rihga Royal Hotel in Kyoto can take part in a digital stamp rally on their smartphones. The organizers are calling it The Quintessential Bride∬ Real Sisters War again.

During the rally, people will be able to take Augmented Reality photos with the five sisters at various designated locations. At certain points in the movie village, you will also hear recorded voices of the characters.

To join in, you need Toei Kyoto Studio Park’s Stage Tour app. Toei put together a Quintessential Quintuplets stamp rally website with details; and they also have a Twitter account.

During the event, the studio park will also have croissant sandwiches ‘with thoughts of Miku.’ (It’s hopefully better than her first attempt at a croissant.) The hotel will offer ‘Happy Wedding’ parfaits.

I suppose the stamp rally counts as an anime pilgrimage of sorts. Certainly, Kyoto is worth visiting even without the stamp rally. Fushimi Inari Taisha Shrine is famous for its torii gates. And Toei Kyoto Studio Park is sort of a Universal Studios for samurai period dramas.

By random coincidence, I stayed at the Rihga Royal Hotel once while on a family trip; it’s a nice hotel.