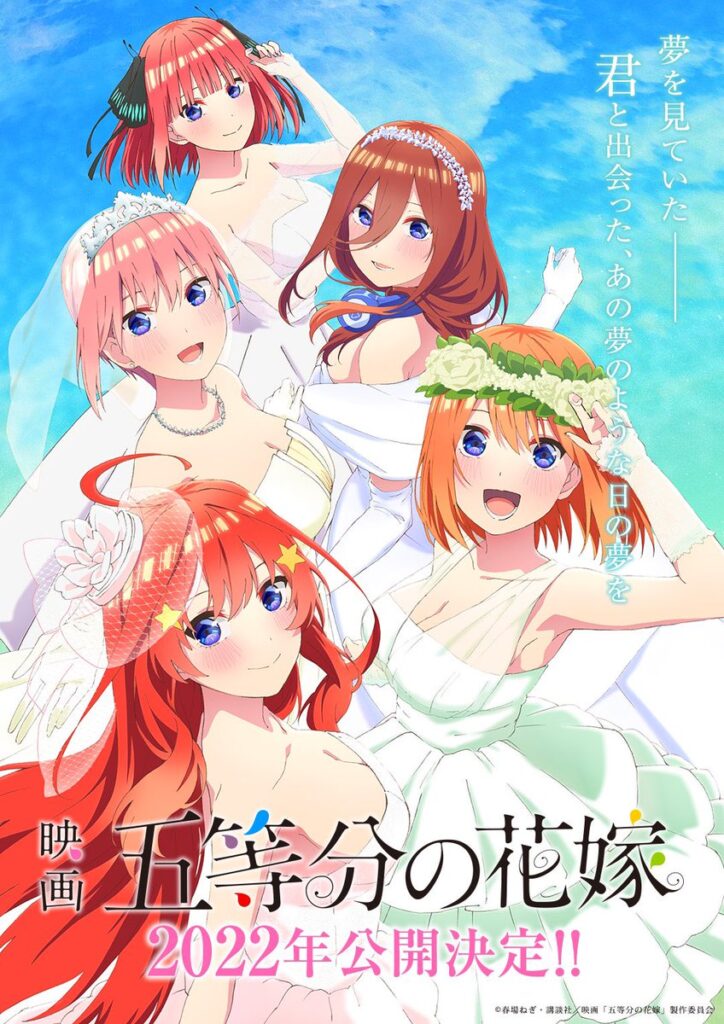 The sequel to The Quintessential Quintuplets will be an anime movie, the creators announced over the weekend. The movie will arrive in 2022.

The romantic comedy’s second season concluded in March with a two-part episode adaptation of the manga’s Sisters War/ Kyoto Trip arc, and there are still several chapters of the manga left which could be adapted to anime.

Indeed, TBS Animation announced at the end of March that more of the series would be animated. I think most fans quite naturally presumed that the sequel would be a third TV anime season.

However, those sneaky folks never actually said that it would be a TV series. Either way, the good news is, there will be more harem hijinks featuring the five sisters.

They announced the movie live on stage during a special event on Sunday. If you missed the live event, they also posted the news on Twitter, and at the series’ website. 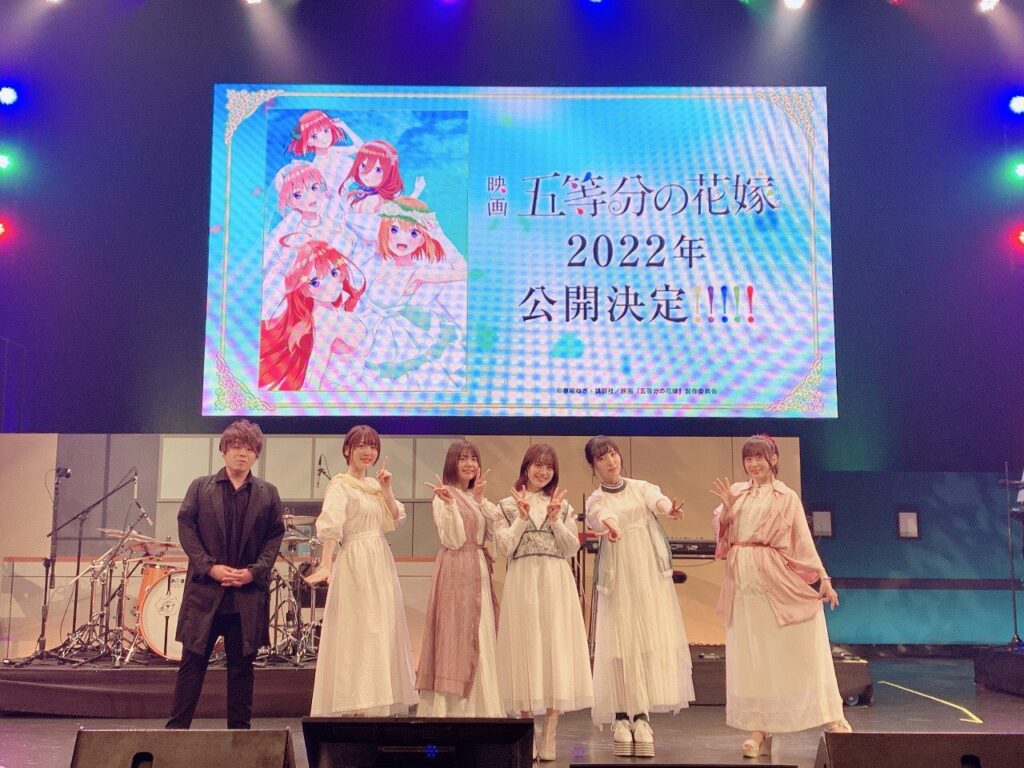 In addition, none of the announcements say specifically what will be included in the movie. However, manga fans know that there is a finale to the story, which author Negi Haruba finished up last year. And it feels like the words ‘The Final’ have been used an awful lot lately.

If you need to catch up with the story, you can watch it on Crunchyroll.