Radiant Silvergun is the Perfect Balance Between Hardcore And Fun 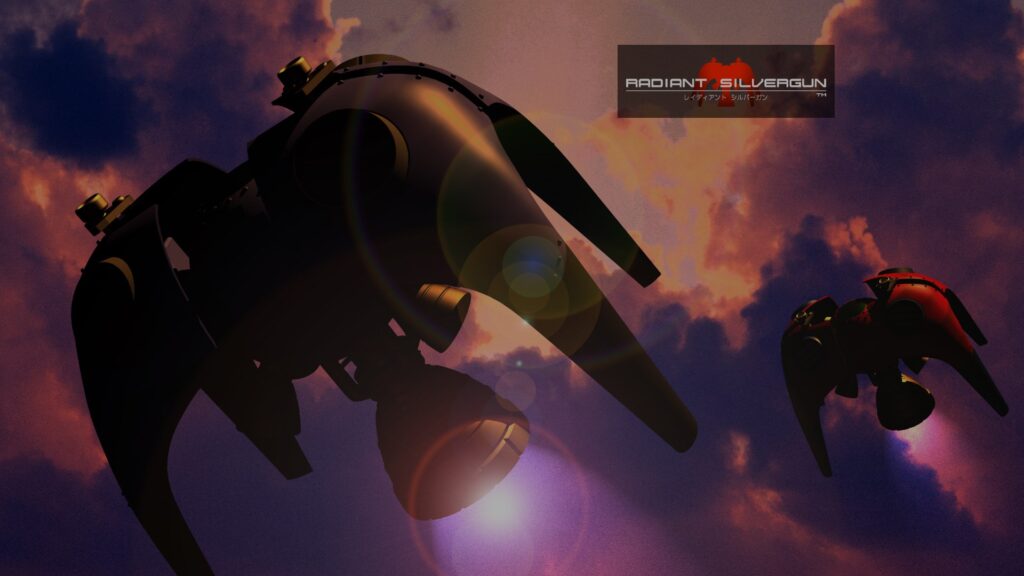 When someone mentions the “shmup”, or shoot em’ up genre, the first instinct of most gamers is to take a step back and cower. The genre has, since the earliest days of arcades, been chock-full of the absolute highest ratio of difficult games to easy ones anywhere to be found in gaming.

With the earliest shmups being among some of the most classic arcade titles, the genre has always existed with one purpose in mind: to steal your pocket change. This premise hasn’t changed much, as shmups in the modern day have grown exponentially harder yet, with the popularization of Cave’s model of “bullet hell” shooter, and fan games like the many iterations of Touhou.

Even console-specific shmup games tend to be the most challenging amongst their peers. Japanese game developer Treasure sought to explore the shmup genre and release an arcade shooter that felt true to the genre, while incorporating some of the innovative gameplay elements they had worked into their previous games.

The result was Radiant Silvergun – a shmup that turned the head of gamers, even ones with no particular affinity for the shmup genre, that made a brief appearance in Japanese arcades in 1998 before being ported over to the Sega Saturn later that year with an additional story mode.

And it was on the Sega Saturn that Radiant Silvergun secured a spot in gaming history.

For gamers all over the world, Radiant Silvergun quickly became the target import game to buy. In the 90s. When the global gaming economy was way more exclusive, almost every console had one Japanese game that was well known abroad and sought out more than the others.

For the SNES, it was Seiken Densetsu 3. For the Turbo Duo, Dracula X: Rondo of Blood. For the Sega Saturn, Radiant Silvergun was destined to claim this title, and started to sell for double or even triple the original price on the secondhand market as more gamers became aware of its existence.

Why was it so successful? Aside from being a technically near perfect port of an arcade game, a feat still somewhat hard to achieve during the 32-bit era, Radiant Silvergun essentially combined elements of the weapons system found in Treasure’s runaway 1993 hit for the Mega Drive / Genesis, Gunstar Heroes, with a shmup that offered frantic but fair gameplay, and a killer soundtrack from Hitoshi Sakimoto, who’s portfolio to date has included dozens of titles from the late 80s to present day, including Final Fantasy Tactics and Final Fantasy XII.

First, the weapons. Radiant Silvergun features three weapons which are always at the player’s disposal without needing to collect power-ups or sacrifice one for the other like most shooters – Vulcan, Homing, Spread or A, B, C to correspond with the Saturn’s control scheme, that grow in power over the course of playing the game.

Each can be combined to make additional weapons by simply pushing two buttons at once – back spread, homing plasma, and lock-on spread, and also the radiant sword, a melee weapon for all three buttons at once. For convenience purposes, the Sega Saturn version of the game mapped the combination weapons to the X, Y, Z buttons and the radiant sword to R and L, giving you the additional option of easily choosing which direction to swing in.

The style of gameplay in Radiant Silvergun is almost more reminiscent of an action game such as Gunstar Heroes, which it clearly drew inspiration from, than a shmup. Stages do feature waves of enemies in classic shmup fashion, and environmental obstacles to avoid like in earlier shooters such as Salamander aka Life Force.

One of the more prominent features of the gameplay however is long, several times-per-stage scripted boss fights with imaginatively designed destroyer ships of epic proportions that usually feature multiple destructible elements. These encounters are flashy, and come accompanied by a siren that you will hear dozens of times over one playthrough, and ominous text descriptions of the assailant in question.

To top this off, Radiant Silvergun features a rather complex scoring system that involves chaining groups of enemies of various types together by killing a certain number of one type of enemy before switching to another. This element can be ignored completely, in fact, many players may complete the game without paying any attention to, or even noticing it at all.

The game also features “dogs”, hidden in various points throughout each stage, which must be uncovered by shooting a specific spot the the B+C lock-on spread weapon for bonus points.

The Sega Saturn version of the game appealed a bit more to the casual gamer by allowing the player to carry on their overall power level for each weapon in subsequent playthroughs, as they slowly earned more credits by playing the game over periods of time. There was also a story mode which presents the stages of the game in a specific order (as opposed to the arcade mode which has branching paths) along with more story-specific details to make the game feel more like a complete experience.

Around the same time Radiant Silvergun was in development, Treasure was also working on a platformer for the Sega Saturn by the name of Silhouette Mirage.

This game featured a protagonist given the name Sinna Neutlarva Sinner (just called Shyna in the English language release) whom had the ability to switch between a “Silhouette”, red in color, and a “Mirage”, blue in color, based on what direction the player was facing. You could also use an ability that swapped the two directions for the sake of comfort. Mirages were only vulnerable to attacks from Silhouettes, and vice versa.

This premise would be incorporated into a spiritual successor to Radiant Silvergun called Ikaruga that hit arcades at the tail end of 2001, and in the years to follow the Dreamcast and eventually Gamecube, where it would see a Western release and grow massively in popularity.

In Ikaruga, the player ship can morph between white and black with the push of a button. While white, the ship will absorb white projectiles and energy beams, which add to a super meter that could release the energy of whichever color the ship is at the time back to home-in on enemy ships. While black, the opposite is true. Either color also dealt only half damage to the same color ship, so strategically changing colors would be essential in both offense and defense.

As one could expect from a sequel to Radiant Silvergun, scoring in the game is dependent on carefully destroying enemies of either color in groups of 3 to create chains. At the end of each level, a letter grade up to S++ is given to the player based on their chain count.

Thus, in a way very reminiscent of Radiant Silvergun, the casual hardcore mixed gameplay style evolved further in Ikaruga, with the hardcore chaining system standing out way more prominently than with its successor. The casual player could play through the game and have a challenging, though not overwhelmingly so experience while heeding to the most basic aspects of the color switching mechanics in order to fight their way through each of the stages.

On the other hand, the hardcore player could spend many hundreds of hours mapping out the patterns of each stage in their mind, and meticulously executing ship-shifts and energy releases at precise moments to avoid death and keep the maximum chain possible.

Before recording and sharing high level gameplay over the internet as a means of entertainment became a common thing, some of the earliest “superplay” gaming videos that surfaced in the mainstream consisted of S+ and S++ rank playthroughs of Ikaruga done by Japanese players.

There is even an official appreciation DVD that features gameplay on various settings by legendary players of the game known by the initials ISO, WIZ, and SWY. If you look hard enough, you might find video of one player playing the 2-player of the mode and managing both ships at once!

While there hasn’t been a new game linked to Radiant Silvergun or Ikaruga in many years, neither is forgotten.

Treasure was contracted by Konami to develop a title for one of their best-known legacy shmup franchises, Gradius, which was released on Playstation 2 in 2004 as Gradius V to mostly favorable reviews. Radiant Silvergun eventually found its way to a worldwide digital release on the Xbox 360 in 2011 – definitely late to the party, but very welcome.

Ikaruga has been re-released again and again on just about every console under the sun since it started to gain popularity. Even the Nintendo Switch has become the latest console to sport a port of Ikaruga, which remarkably still feels as fresh as it ever has.

The challenge still exists, the game’s sleek dual-color focused design is still visually impressive, and players are still hard at work, mastering their S++ ranks. The switch version in fact features the ability for the player to play with the screen vertically oriented in portable mode with a stand for the Switch tablet to emulate the arcade feel of monitors oriented that way by default rather than horizontally with bars on the sides of the screen, the standard for modern console ports of shmups.

Perhaps Radiant Silvergun will join its younger sibling on a modern console like the Switch sometime soon. The gameplay is timeless, and more accessibility towards an undeniable classic that to this day is only available in limited markets is never a bad thing.