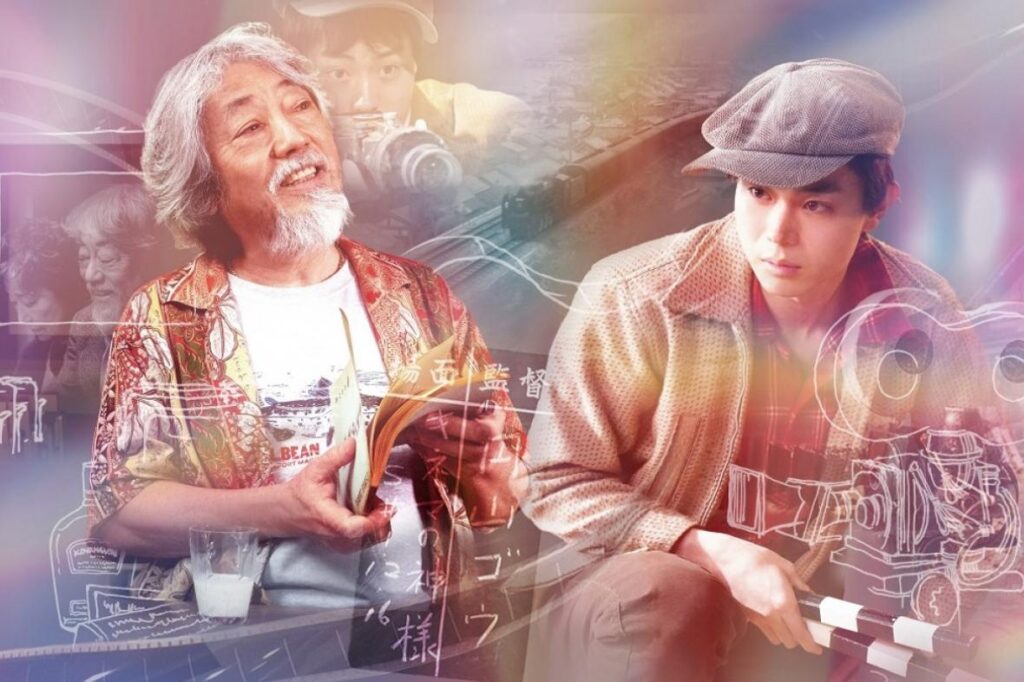 Shichiku have been trying to do whatever they can in spite of COVID to celebrate the studio’s 100th anniversary. Alongside multiple exhibitions and screenings with the National Film Archive of Japan and even a new Tora-San movie at the end of 2019 to kick off celebrations, the studio has done its best to celebrate their history in film. It’s a Flickering Life was scheduled to hit cinemas in December before delays caused by the death of its star Ken Shimura from COVID-19 impacted production and the broader industry.

Still, It’s a Flickering Life is now on track for a May release, and a new trailer has previewed the theme song provided by RADWIMPS featuring Masaki Suda, who plays the younger version of the protagonist.

It’s a Flickering Life stars Kenji Sawada as Go, a passionate gambler but poor father. His family, including his wife Yoshiko (Nobuko Miyamoto), have given up on him, but he holds one other passion, and that is for movies. The movie theater he frequents is owned by a friend he made at the time they worked at a movie studio together, surrounded by some of the best talent ever to grace Japanese movie screens.

Their attempts to chase their dreams are impacted when they both find love, however, and the movie tells the story of their past, and how Go’s continued love of cinema could help bring about a miracle on his life and the life of his family today.

‘Utakata-uta’ begun as a demo given to the director by Yojiro Noda, the lead singer of RADWIMPS who also stars in the film, as a collection of ideas put together over the course of filming. This eventually evolved into the song we hear in this newest trailer.

It’s a Flickering Life will release in Japanese theaters on 6 August, and you can find out more over on the film’s official website.