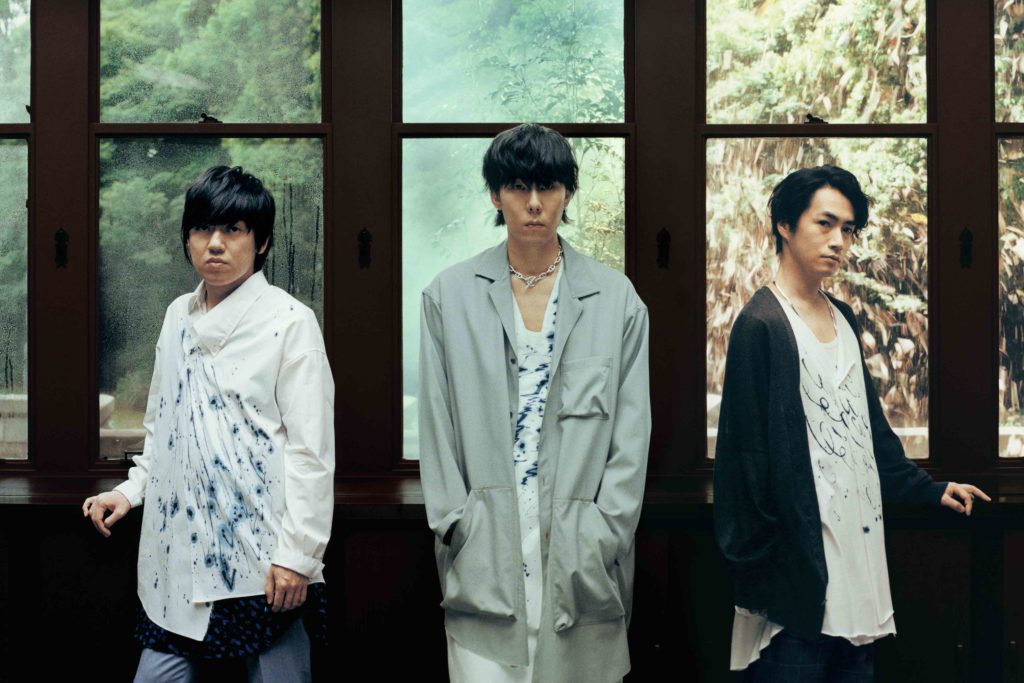 RADWIMPS is a super cool, amazing and popular band from Japan. They were formed between 2001 and 2003 and went on to do amazing things every year since they began.

(Note: since 2015, Yamaguchi has been taking a hiatus from the group because of a neurological condition)

All of the lyrics (except for a couple of songs) are written by Yojiro Noda. So if you love the “nandemonaiya” lyrics, he’s to thank. (My favorite is the ”Sparkle” lyrics, myself)

The group has won several awards, and have continued to receive notoriety ever since their first award in 2002. The group won the Yokohama High School Music Festival with their work “Moshi mo.” They’ve gone on to win major titles such as the Space Shower Music Awards, Japanese Gold Disc Awards, many of the international MTV Award Shows, and the Japan Record Awards.

What Anime Have RADWIMPS Worked On?

Kimi No Na Wa (Your Name)

Perhaps one of RADWIMPS’ biggest claims to fame is their work with the Kimi No Na Wa soundtrack. (or “Your Name” in English.)

The director of the film, Makoto Shinkai actually made the call to have the band work on his film. When starting production for the movie, Makoto Shinkai described RADWIMPS as his favorite artist. An invitation was then offered to the group through the producer.

In an interview with Forbes, Yusuke explained “Makoto Shinkai was a fan of RADWIMPS so he recommended to us as soon as the production of movie Your Name was confirmed. It’s such an honor.”

Creating the soundtrack for a major picture is no easy feat. Especially since this was the very first full-length film the band had composed for. They go on to describe the scoring process by elaborating, “It took almost a year and a half to make the whole entire score. We talked with the director and the producer more times than I can even remember.”

Do you hate it when movies redub an anime film but replace it with songs totally different than the original score? Well RADWIMPS made sure to find a way it’s U.S. release fans could have their cake and eat it too. They actually localized many of their songs into English. The task was a rewarding one for Yojiro, and in the same interview, he discusses the process.

“Writing English lyrics to the original Japanese songs were interesting. The melody was the same so the capacity of the lyrics had already been fixed. Sometimes you have to add the story in so as to fill the melody.”

Some songs off this album include:

In an interview with JapanTimes, Their manager said,

“The music resonated because the message of the movie and that of Radwimps’ songs matched perfectly, without any gaps,” director Makoto Shinkai says via email. He first encountered Radwimps’ music in 2007, while spending a year in London. “The lyrics, in Japanese, were like nothing I’d heard before. They were so vivid.”

Kimi No Na wa, or “Your Name” has done so well across the entire world.  Upon its release, it became the highest-earning Japanese movie in China and Thailand and did amazing popularity-wise in Australia and New Zealand. It also opened in the top spot at the South Korean Box office, the first Japanese flick to do so since 2004.

RADWIMPS joined forces once again with the famous Anime director Shinkai Makoto to create the soundtrack for his newest project, Weathering With You.  The team collaborates from the get-go, choosing the song “Ai ni Dekiru Koto wa Mada Arukai”, for its theme song used during its trailer.

Songs on this album include:

Weathering with You opened in Japan in July of 2019. The film was brought overseas and premiered in the U.S. during January of 2020 for an official nationwide release.

Who Are The Bands Biggest Influences?

Whereas Akira’s favorite picks are:

For Yusuke, he lists his influences as:

But if you want to know Yusuke’s favorite anime lineup, he has quite a few favorites such as:

What Are Radwimps Origins?

Akira and Yojiro created the band, RADWIMPS while they were attending high school. They entered a band contest together, and that’s how they got introduced to Yusuke and Satoshi.

They released their first album together in 2003. After only three years, in a survey that was created by Oricon, they were the male artists in second place for the question “Which musical acts were likely to become popular in the next year.”

What Have Radwimps Worked On?

That’s not all, the musical group also has an impressive thirteen tours under their belt as well.

Where Can I Listen To Radwimps?

You can listen to them on YouTube, Spotify, Apple Music, Pandora, Play Music, and Deezer.

Or, you can do what I did and listen to them on Vinyl, like a big anime hipster.

Their Kimi No Na Wa album can be purchased on Amazon.