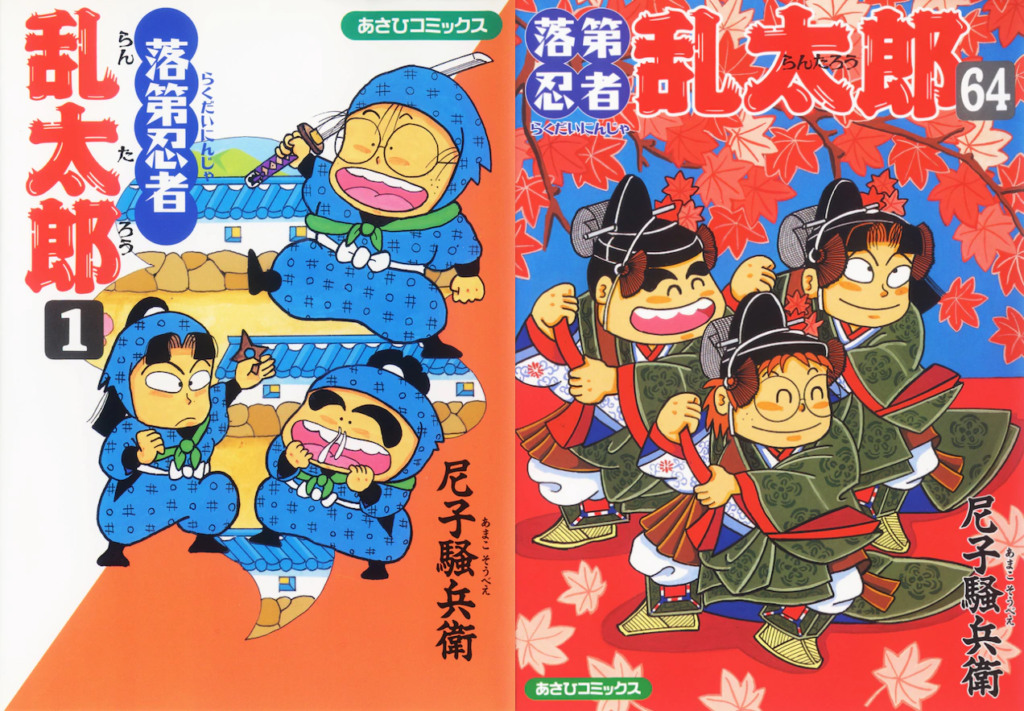 Churning out 65 collected volumes of manga is no easy feat, but Amako Noubei somehow managed to do it. Her gag manga Rakudai Ninja Rantaro came to an end this week with the release of it’s 65th collected volume after nearly 39 years of serialization, leaving an incredible legacy in its wake.

But, as the Asahi Shinbun company revealed, keeping up the daily pace had become difficult for the author in recent years due to her age – in fact, she had to miss her April to July serialization block this year due to undergoing medical treatment. These circumstances were what pushed Noubei and the Asahi Shinbun to make the difficult decision to end Rakudai Ninja Rantaro after all these years with the publication of it’s 65th collected volume, out this November.

Rakudai Ninja Rantaro and author Noubei leave behind one heck of a legacy, though. Although the series is relatively unknown in the west, the original manga has spawned a sprawling media franchise that has more than stood the test of time – including movies, video games, and a TV anime.

It’s this TV anime that arguably leaves behind the biggest legacy. Many Japanese people consider it an important part of their childhood, alongside other such legendary children’s anime such as Crayon Shin-chan, Chibi Maruko-chan, and even Detective Conan.

And while the original Rakudai Ninja Rantato manga might be coming to an end, the TV anime shows no sign of slowing down just yet. With over 2000 episodes and 26 years of broadcast experience under its belt, the legacy of Amako Noubei’s series is surely secure.

Rakudai Ninja Rantaro follows the story of ninja apprentices Rantarou, Shinbei and Kirimaru as they engage in various comedic shenanigans in the Muromachi era of Japanese history. It joins the likes of KochiKame and Dokaben as one of the longest-running manga of all time and stands as a testament to the power of serialized media.